Kawhi is saying Nike tried to steal his design. 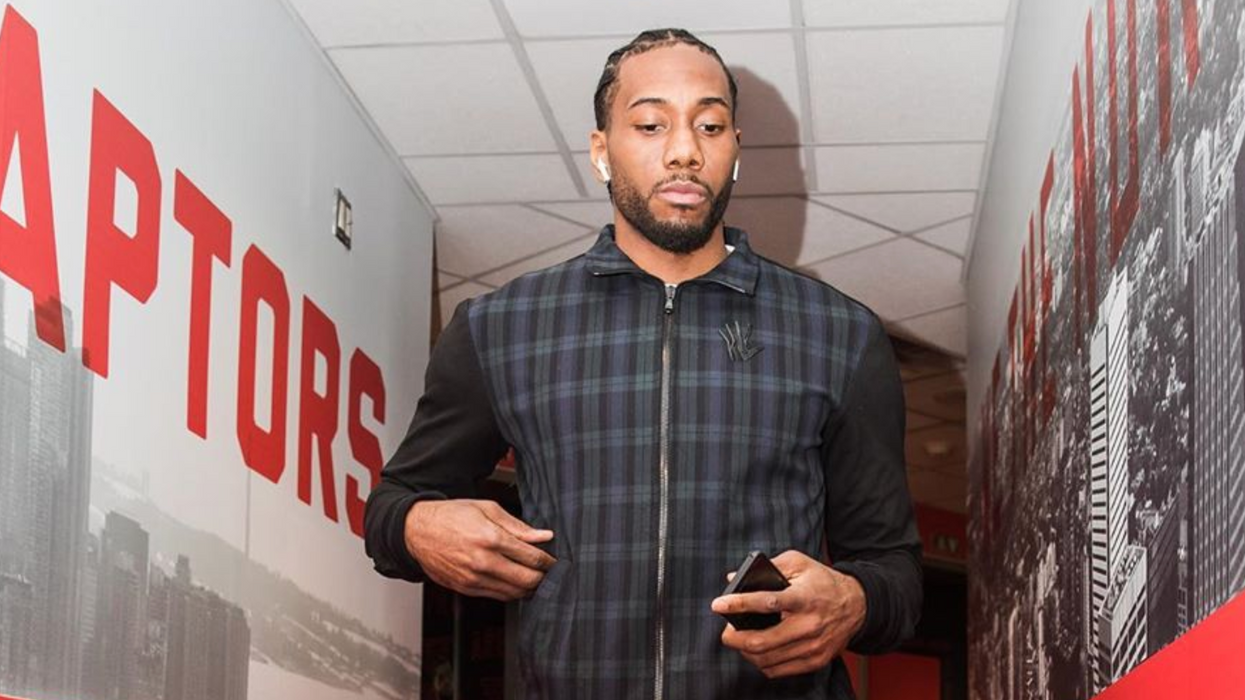 Kawhi Leonard is suing Nike this week after legal issues arose about his “Klaw” logo.  According to new reports, the Kawhi Leonard Nike lawsuit was filed after the Raptors player accused the athletic apparel company of trying to ban him from using a logo that he designed. Leonard claims to have created the famous logo by tracing his own hand.

Leonard and his teammates flew to Oakland, California on Monday ahead of their Game 3 face-off against the Golden State Warriors this Wednesday. According to Sportsnet, the suit states that Leonard filed the motion in California because he has a home in San Diego.

Leonard is claiming that Nike filed a copyright application for his logo without his consent or knowledge. Nike demanded that Leonard stop using the logo earlier this year, despite Leonard's plans to use the design for a clothing line, footwear and other products. The NBA player was under contract with Nike until 2018 when he began endorsing New Balance.

Leonard argues that he came up with the logo and developed it between December 2011 and January 2012. The player admits to allowing Nike to use his logo on certain products. However, Leonard wants the courts to declare him the author of the logo and punish Nike for committing fraud by registering his design for copyright, Sportsnet reports.

According to ESPN, Nike responded to Leonard's claims back in March. Nike told Leonard's legal team that "it owns all intellectual property rights in the Leonard Logo and demanding that Leonard immediately cease and desist from what Nike claimed was the unauthorized use of the Leonard Logo."

The lawsuit couldn’t have come at a worse time for Leonard, who is currently competing with Toronto Raptors in the team's first-ever NBA Finals series. Since joining the team, Leonard has become an icon in Toronto. Many local businesses are throwing incentives at the player in the hopes of getting him to re-sign with the team after he becomes a free agent on June 30th.

A report this week claimed that Leonard recently purchased property in Toronto. News of purchase sparked rumours that the player could be staying in Toronto for another season.