The petition is quickly approaching its goal of 100,000 signatures. 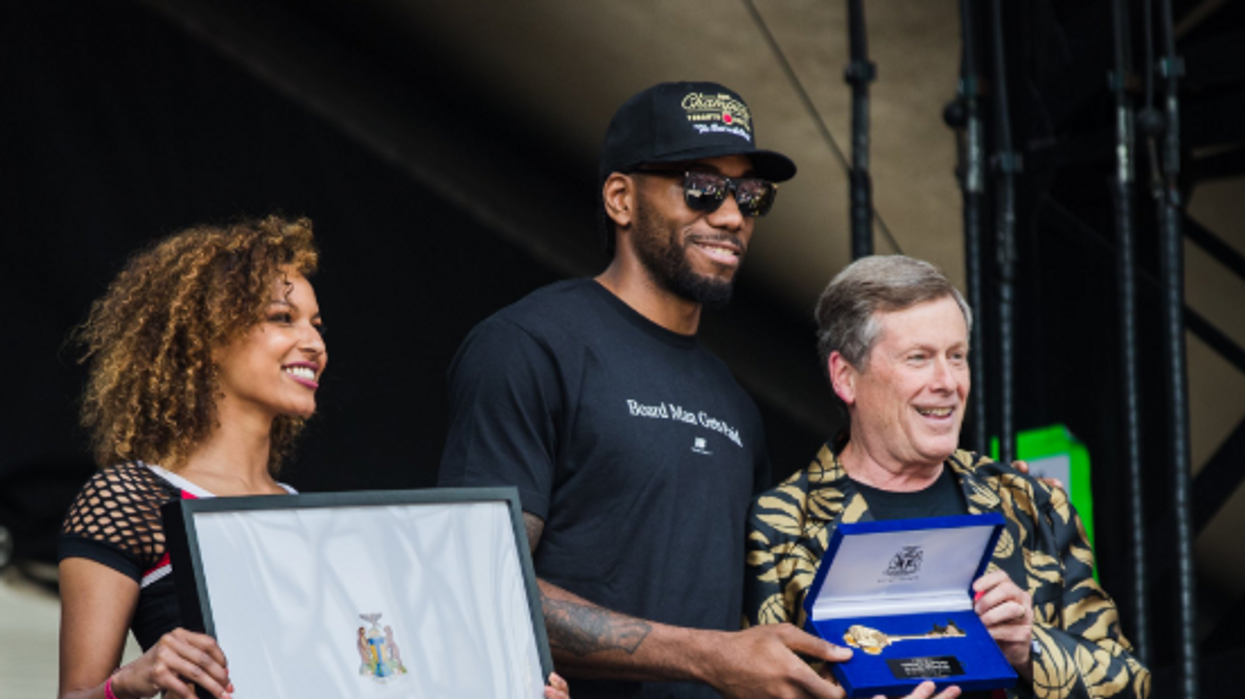 As “Kawhi Watch” drags on, Toronto is ready to do just about anything to hear good news from the MVP. On Friday, mayor John Tory began enlisting Raptors fans to sign a Kawhi Leonard petition, calling for the player to stay in the 6ix next season. The petition, which has over 29,000 signatures as of Friday morning, has an overall goal of 100,000.

The petition is also encouraging fans to write a personal letter to Kawhi, telling him why they think he should re-sign. "Kawhi, I want you to stay because…You are an amazing role model for my kids. You are graceful on and off the court and play with heart and professionalism. We support you always! King of the North” wrote one passionate fan in a heartfelt message.

The petition appears to be a collaboration between Raptors superfan Nav Bhatia, John Tory and Paramount CEO Mohmad Fakih. They're encouraging fans to continue to show Kawhi their love the Canadian way, without putting pressure on him.

“We are asking everyone to give Kawhi a chance to experience our beautiful city and country without being pressured to answer if he is staying or continuously having a camera following his every move. Instead let's sign the petition, leave our comments to him and let him read them at his leisure. Let's all enjoy a championship summer together,” a statement superfan Nav Bhatia, Mayor John Tory, and Paramount CEO Mohmad Fakih reads.

It seemed like the whole city was watching Kawhi on Wednesday when the NBA star landed back in the city for his final meetings with Raptors officials.

It was reported on Thursday that the Boardman had a very “strong meeting” in Toronto, but no official word has been given. Which means “Kawhi Watch” isn’t over quite yet.