5 Kawhi Quotes That "Prove" That He’s Definitely Re-Signing With Toronto, According To Fans

It seems like the 6ix has really grown on him. 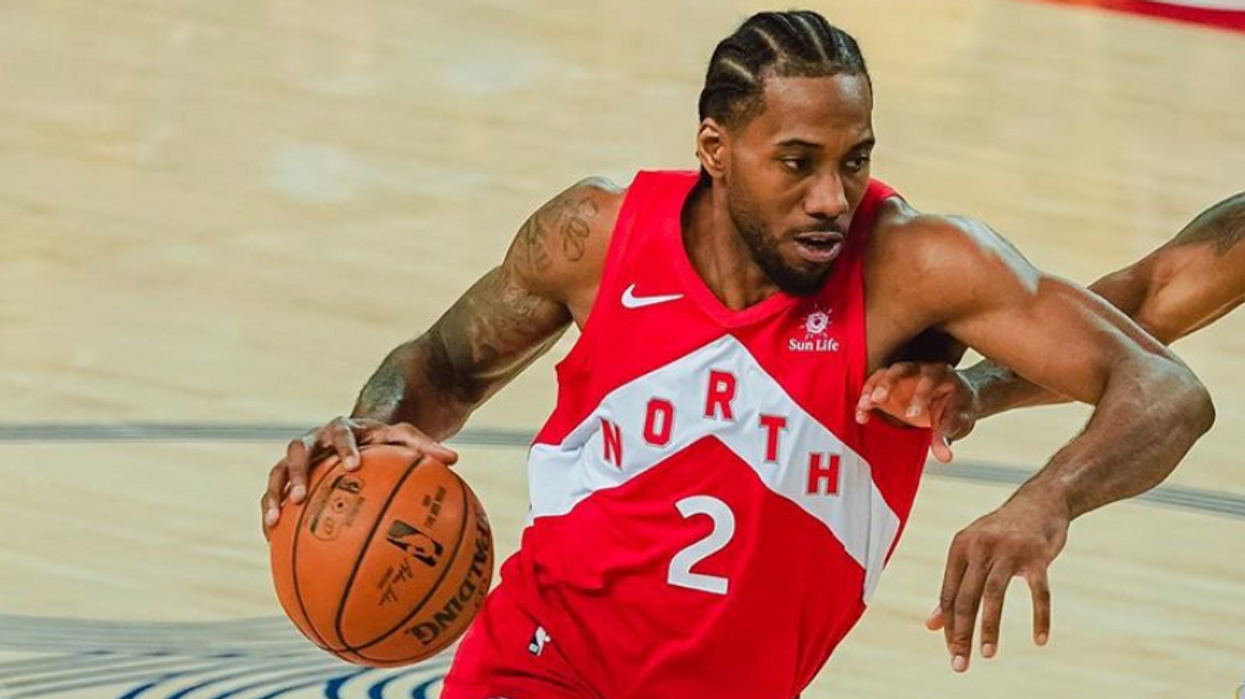 “Kawhi Watch” is in full throttle this week as fans anxiously await the player's final decision for next season. Toronto fans were led to believe this week that Kawhi Leonard had already chosen to sign with Lakers. However, with no official word from Kawhi's camp, anything is possible.

It’s no secret that Kawhi would love to play for his home state of California. The Raptors might’ve felt lucky to have him on board this year, but many assumed that the baller would be ready to leave Toronto by the time the season was over. However, all that changed when the Raptors and Kawhi proved to be a force to be reckoned with.

It’s hard to say exactly how Kawhi feels about re-signing with Toronto, but the player has offered fans little tidbits here and there which seem to suggest that he hasn’t the taken the option off the table.

For example, during a playoff interview, Kawhi was asked whether his feelings about Toronto had changed since being traded, to which the player admitted that he was surprised by the city's overwhelming support.

"Now that I'm here for 41 games during the regular season. You get to live in the city, see how ... guys and girls wearing hats, jerseys, how much support is really around the city," Kawhi said.

During a post-championship interview, Kawhi shared his excitement about helping the Raptors win their first NBA Finals trophy. He even said that it gives him and the team something to "build on." Build on for next season, perhaps? One could only hope.

Last month, Kawhi shot down rumours that he’d recently purchased property in the city. However, he did give fans a little something to hold onto by not dismissing the possibility outright.

"No, it didn't. It didn't happen yet, no,” Kawhi stated. That "yet" gave fans all the hope they needed that it's only a matter of time.

It wasn’t the first time that the player has given what seems like a throwaway at the end of his sentence for fans to analyze incessantly.

During an appearance on Serge Ibaka’s “How Hungry Are You?” Kawhi was asked about his future in Toronto, to which he responded in his usual careful way. “We'll see after this season is up,” he said. But later on in the video, the player can be heard saying “When I come back.” To the surprise and delight of many, I'm sure.

At the end of the day, it is Kawhi's relationships with his Raptors teammates, especially Kyle Lowry, which could determine whether or not the player will be returning. Lowry's support made a big impression on the all-star. The two shared a handful of heartwarming moments after their championship win: