He says that Raptors fans have opened his eyes about the city. 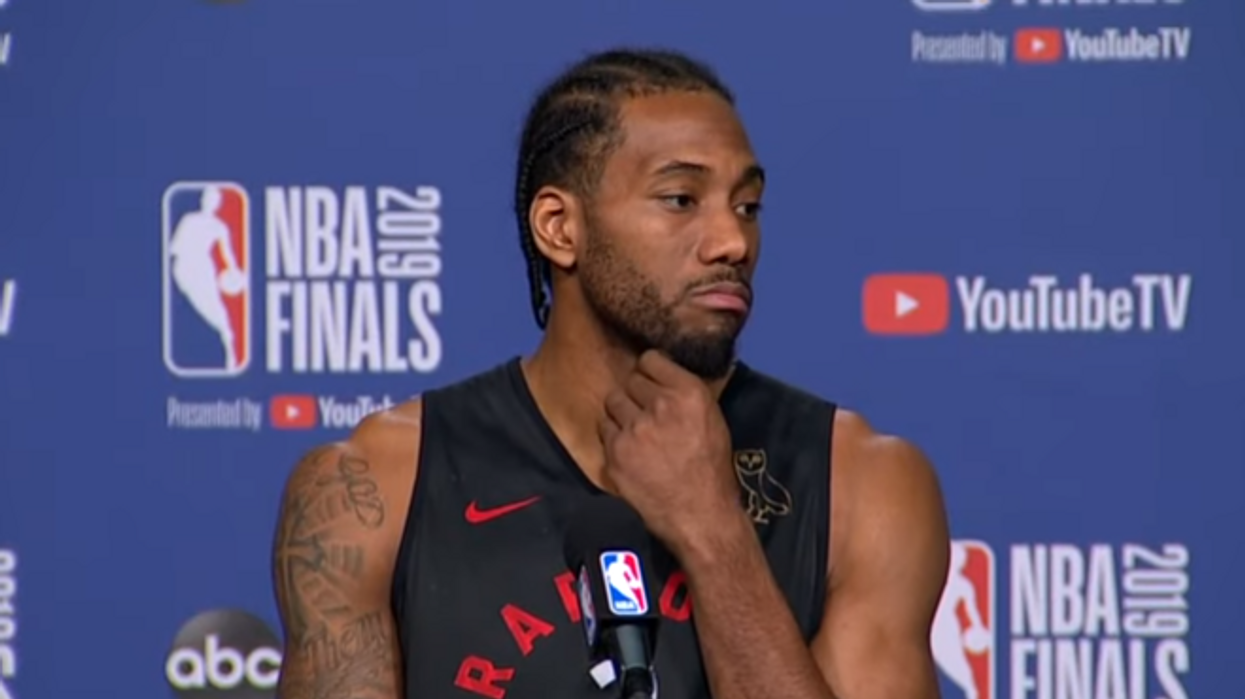 Believe it or not, Kawhi Leonard may love Toronto as much as the city loves him. During a Game 1 preview conference this Wednesday, Kawhi Leonard says Raptors fans have opened his eyes about Toronto. In the conference, Leonard talked about how his first year in Toronto since being trading by the San Antonio Spurs last summer, has been a truly eye-opening experience, thanks to the passion put forth by the Raptors fans.

"Before you come, you know the crowd does come out when you play here on the road," Leonard explained after being asked if his opinion of the city had changed since arriving. "Now I'm here for 41 games during the regular season. You get to live in the city, see how ... guys and girls wearing hats, jerseys, how much support is really around the city."

While Leonard was suprised by the Raptors love it's pretty typical. While Kawhi Leonard may not be as big of a name in basketball as LeBron James or Steph Curry, here in Toronto, he might as well be a total basketball god and it shows. Recently, the 6ix has offered Kawhi everything from free KD for life to millions of dollars in prime real estate just to get the star player to stick around. At first, it seemed like Leonard barely even noticed. However, Kawhi’s latest press conference appears to suggest otherwise.

Leonard continued in the press conference to say that the outpouring of support from fans during the playoff season has been particularly welcoming.

He said: "Now in the playoffs, you get to see everybody outside the arena, see how excited they are for the game. See how much support is there too," he said. "It's been an exciting year ... that's what pretty much changed for me. Just being able to see it visually."

Kawhi’s not wrong, thousand of hyped-up fans packed into Jurassic Park for the deciding game of the Eastern Conference final last Saturday. A celebration that exploded into the city after the Raptors beat out the Buck in 94-100 victory.