It looks like Toronto may have stolen Kawhi's heart after all. 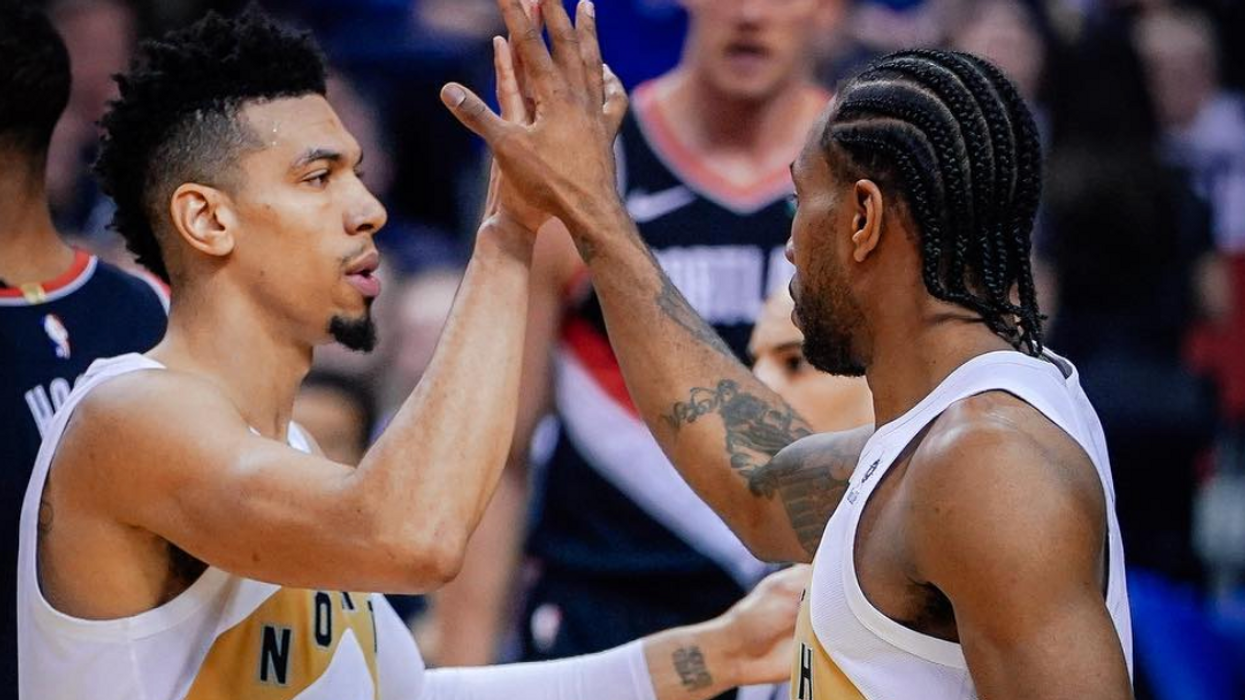 Will he stay or will he go? That is the question on every Raptors fan's mind right now, and these days it’s looking like Kawhi Leonard might stay in Toronto after all. According to Yahoo Sports, Leonard will decline his $21.3 million player option - the last year of a five-year, $94.3 million contract with the San Antonio Spurs before he was traded to Toronto last year.

"The appeal of returning home to Southern California is enticing to the two-time NBA Defensive Player of the Year," stated Yahoo's Chris Haynes. "But with the trust the Raptors built, while Leonard led the franchise to its first NBA title by upsetting the Golden State Warriors, rival executives view his current team as the favourite to land him when the free-agent negotiating period begins June 30," sources claim.

It seems like those closest to the NBA Finals MVP also think there’s a pretty good chance that he’s staying.

According to the Toronto Star, Kawhi’s teammate Dany Green seems equally convinced that "he stay". "I don’t know the percentage of chance that he stays," Green said during an event this Saturday. "But I think it’s a higher percentage for him to be here than to leave."

Kawhi’s Uncle Dennis also appeared to be hinting at his nephew’s long-term stay in Toronto this month. The all-star’s relative joined in with Raptor Kyle Lowry in a "five more years" chant about Kawhi's future in Toronto during the team's championship parade.

Uncle Dennis struck again when he told a young fan at an airport, who asked him if Kawhi was coming back, that if he told him, “It wouldn’t be a surprise, would it?”

Also, there’s the fact that Kawhi recently signed a sponsorship deal with Cargo Jet Airways, the same Ontario-based cargo and charter flight airline that gave Darke his signature Boeing 767 aircraft. The company took to Instagram on Saturday to announce the deal, which appears to suggest that the player is planning lots of local air travel out of the Cargo Jet's main base in Hamilton, Ontario.

All of these factors combined are giving Raptors fans across Canada a lot of hope about Kawhi's potential plans to re-sign.