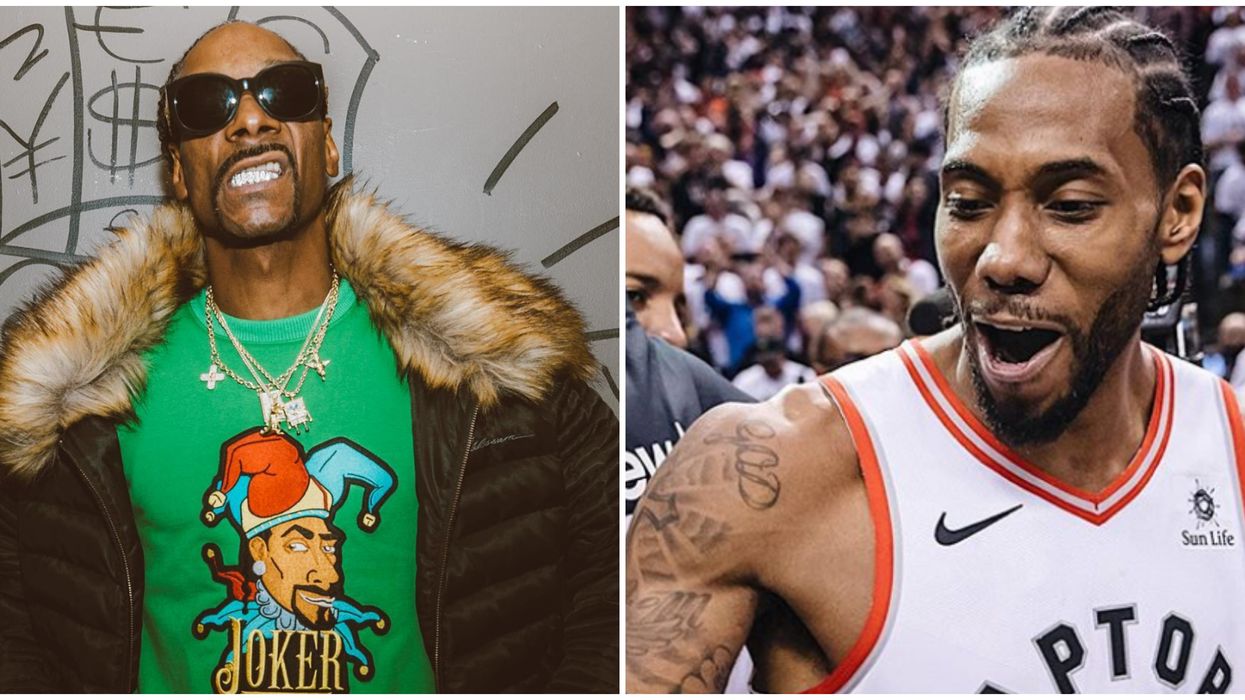 Everyone in the NBA world is wondering which team Kawhi will sign with next year. The balance of power will change depending on his decision. Fans are on edge as they await his announcement. He is deciding between three teams – the Raptors, Lakers and Clippers. Unsurprisingly, fans from all three franchises want the NBA star to sign with their team – including some famed superfans. To convince Kawhi Leonard, Snoop Dogg wrote a new song asking him to sign with the Lakers. Yes, this is a real thing – the rapper is pulling all the stops to incentivise Kawhi.

Even Snoop Dogg is joining in on the efforts to convince Kawhi to sign with the NBA team he supports. He went so far to release a short song of him asking Kawhi to join the Lakers.

Snoop uploaded a video of him singing the Kawhi song on his Instagram earlier today on Thursday. He kept the caption short and to the point "P. S. A.," he wrote.

In the video, you can see him singing a song that asks Kawhi to sign with the Lakers. "Kawhi, Kawhi, tell me that you'll be a Laker," he sings in the video. "Kawhi, Kawhi, come back to L.A." He even dropped a reference to Drake, aka the Raptors superfan.

You can watch the full video below!

The Internet definitely has ~thoughts~ on Snoop Dogg's song convincing Kawhi to join the Lakers.

Of course, he's not the only rapper looking to convince Kawhi. Drake, resident Raptors superfan, has reportedly launched his own recruiting campaign to help the Raptors.

Kawhi has yet to speak up a word on which team he will be signing with. However, Torontonians are staying hopeful. The Raptors are said to have the trust advantage in re-signing Kawhi. Jalen Rose also said on Wednesday that he's hearing Kawhi Leonard will be signing a two-year contract with the Raptors. Kawhi had his meeting with the Toronto franchise on Wednesday and it was reportedly a success.