So much for a peaceful day with the fam... 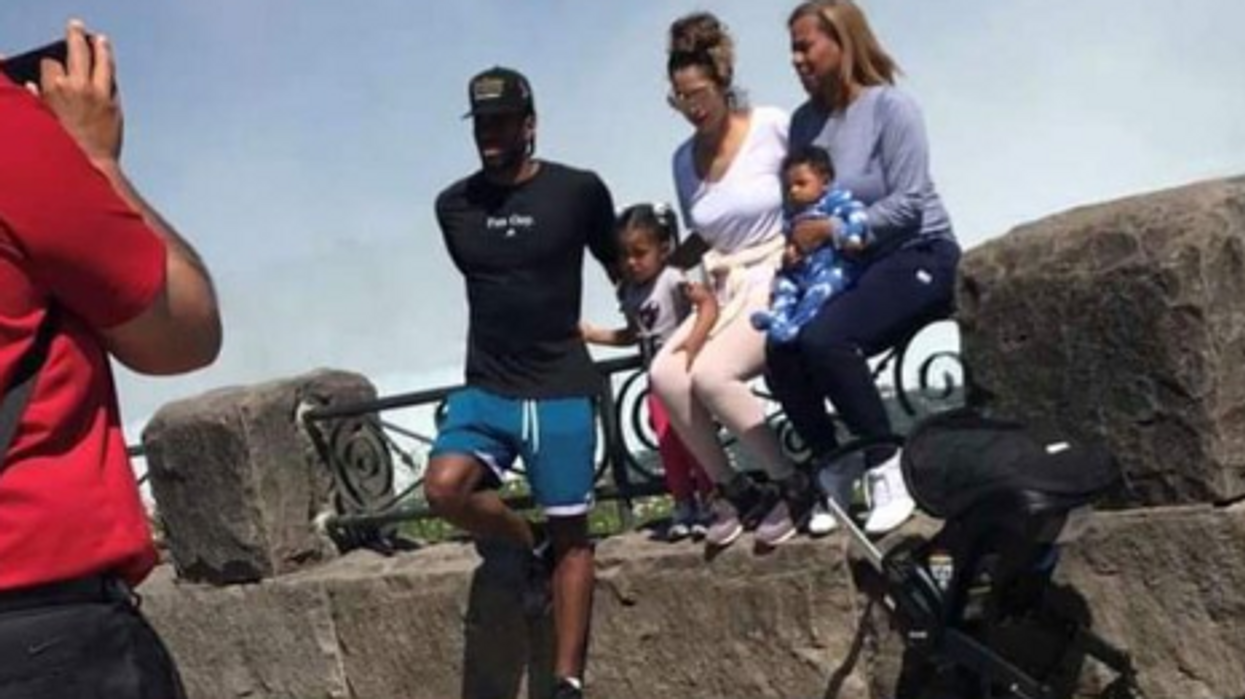 Kawhi Leonard might be the most talked-about athlete in Canada right now. It doesn’t help that fans are always on the lookout for the player, desperately trying to catch glimpses of his private life. The Kawhi Leonard family outing to Niagara Falls on Tuesday was interrupted by hoards of screaming fans, but the player was likely prepared for that.

Rumour has it that Kawhi wasn't just in Niagara to check out the Falls, but also to enroll his daughter in school there. Which, of course, got fans excited because that definitely would mean “He stay.” However, as much as we all want to believe that Kawhi is here to stay, there is no real evidence to support that. Let's not forget that everyone thought he bought a house in Toronto this month and that turned out to be bogus.

Kawhi had previously said during an appearance on Serge Ibaka’s cooking show “How Hungry Are You?” that he wanted to check out the Falls. Now that the Raptors' championship season is over, he finally got that chance. But, not without the company of his fans.

Twitter users including YMCA of Niagara spotted Leonard while he was out and about with his family enjoying all that Niagara Falls has to offer.

It might be that he’s merely checking another item off his Canadian bucket list before heading back to L.A. Or maybe he’s accepted his new life in North and wants to explore it with his family. At this point, who can say?

Kawhi is just two weeks away from becoming a free agent, and he hasn’t said a damn thing about where he plans to go next season.

During the NBA Championship parade in Toronto, Kawhi was caught in an awkward position when Kyle Lowry rallied hundreds of fans to start chanting, “Five more years!” Kawhi shook his head and laughed - not exactly a good sign, but not a bad one either. Only time will tell folks!