Kawhi Leonard Thanks Toronto, Cracks Jokes In First Appearance As An L.A. Clipper

If only he had stayed. 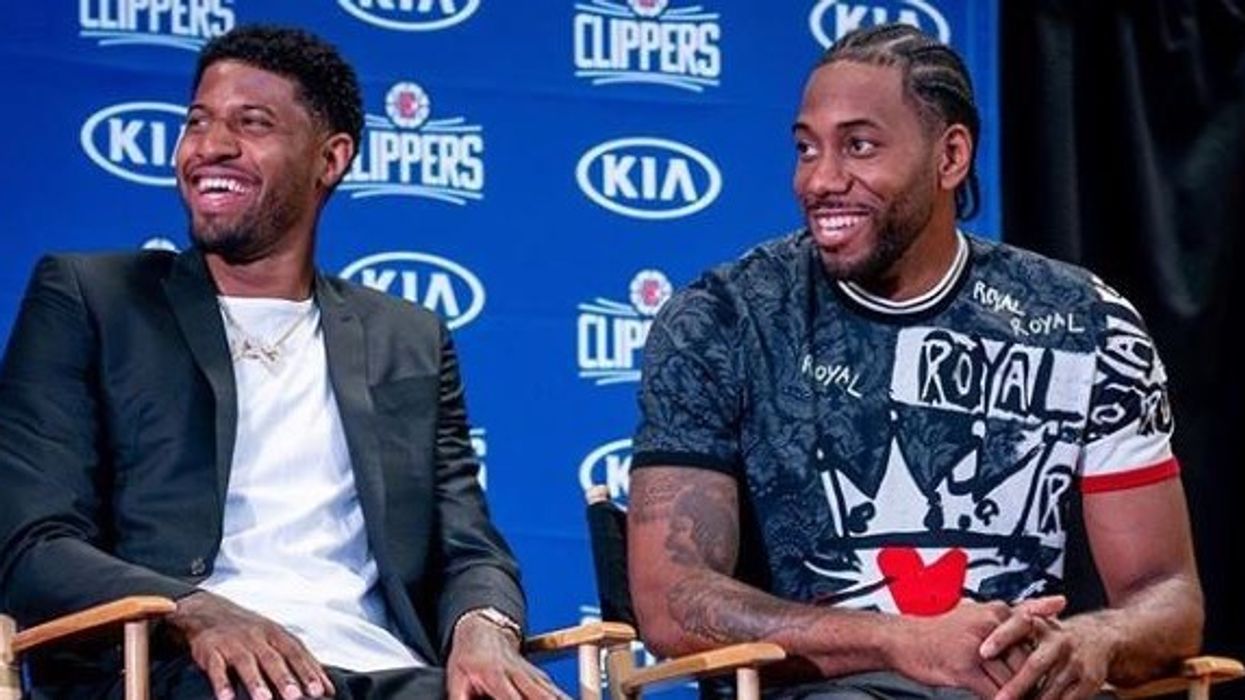 Former Toronto Raptor Kawhi Leonard was officially introduced as an L.A. Clipper to media in a press conference today. During the two-time NBA Champion and Finals MVP's first opportunity at the mic, Kawhi thanked Toronto and the Raptors. Despite the gratitude and love, it's likely a hard day for Raptor fans seeing Leonard holding up his newly pressed Clippers jersey.

"I want to thank the Toronto Raptor fans," Leonard said in the press conference. "It was a great, amazing season."

And that it was.

After a successful 2018-19 season which saw the Raptors win the NBA Championship for the first time in franchise history, becoming the first non-American team to win the trophy, Leonard signed with the Clippers in July, breaking the hearts of Raptor fans in Toronto and across Canada.

But he had nothing but nice words for his former team, the Raptors organization, and the city.

He also touted the championship parade in Toronto back in June as the "best parade ever."

And he even cracked a few jokes.

"Thanks to the city as far as the restaurants giving out that Ka'wine & Dine throughout the playoffs. I took advantage of that," Leonard told reporters.

Before moving on to talking about his future and the Clippers, he expressed his gratitude towards the city once again.

Kawhi Leonard opens up his introductory press conference with the Clippers by thanking the Raptors, the city of Tor… https://t.co/IYjJSdU4Ha
— TSN (@TSN)1563997238.0

While it might be sad to see someone who made such an impact on the Raptors organization with another team, it doesn't diminish the great season. His time with the team was fun while it lasted.

But Kawhi Leonard has moved on.