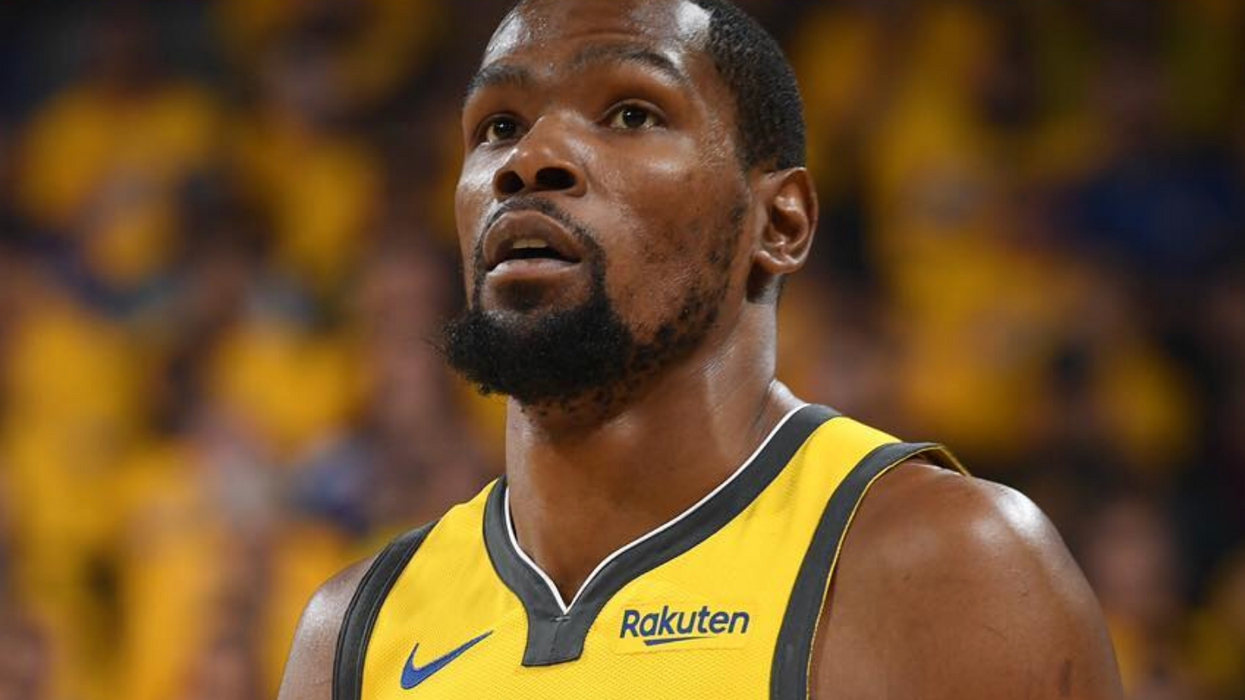 Toronto and Durant have a history. Toronto will forever feel secondhand embarrassment for those Raptors fans who cheered about Kevin Durant’s ruptured Achilles tendon injury during the NBA Finals. It seems like just yesterday that the NBA powerhouse was escorted off the court at Scotiabank Arena during Game 5. Despite Canada's excessive apology gestures after the fact, it appears that Durant might be holding a grudge.

According to Sportsnet, Durant claims that the moment happened so fast that he doesn’t remember hearing anything. However, he also added, “It will probably be the last time they will be in the Finals,” in an interview with Yahoo Sports’ Chris Haynes.

Ouch. As you can imagine, that’s all it took to set off a firestorm on social media. Raptors fans quickly took the gloves off and let Durant know exactly what they thought of his statement. No more apologies - this is war.

@Sportsnet From the guy who uses burner accounts, joins a stacked team to win because he can’t on his own and also… https://t.co/YlOLt2qtW6
— bentleys dad (@bentleys dad)1565217061.0

The Raptors are indeed in a bit of tight spot for the 2019-20 season. We’re down Kawhi Leonard, who was a definite x-factor during Toronto’s journey to becoming NBA Champions. Time will tell if the Raptors are able to prevail without him.

Sadly, Durant is expected to be out of commission for much of next season, recovering from his nasty Achilles tendon rupture. His return to the court with the Brooklyn Nets could be a full year away.