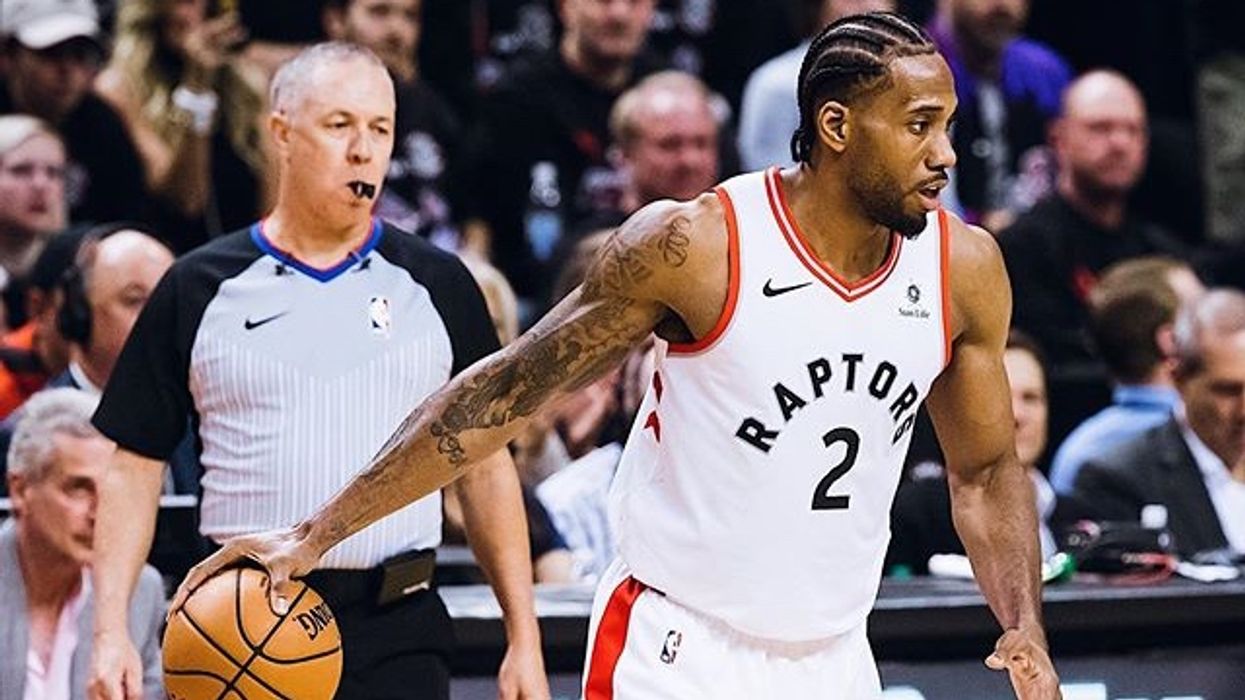 Since early this morning, Torontonians have been gathering in Jurassic Park in anticipation for Game 2 of the NBA finals between the Raptors and the Golden State Warriors. With spirits high, New Balance has announced that to add to the hype they will be handing out free 'King of the North' Crowns around the GTA today in honor of Kawhi Leonard. Up until tipoff, you'll be able to find New Balance around Toronto and snag one of these custom crowns to sport throughout the finals.

Following the popular reveal of the 'King of the North' billboards that are located in Dundas Square and Union Station, New Blanace is continuing to honor Kawhi Leonard by handing out these custom crowns throughout Toronto, Mississauga, and Brampton.

The popular sportswear company posted a map of the downtown location on their Instagram yesterday, showcasing some of the locations that you will be able to pick up these crowns before game time. Some of these locations include the corner of Younge and Front Street and the corner of Front and Simcoe Street. The entire map that was posted by the company yesterday is posted below.

New Balance will also be handing out their crowns at Garden Square in Brampton and Celebration Square in Mississauga.

The crowns will be handed out from noon today until 7PM, just before Game 2 kicks off at 8 PM tonight. However, if you are unable to pick up one of these crowns at the variety of locations that New Balance is handing them out at, you don't have to worry.

If you aren't in any of those cities, you can also head on over to New Balance's website where you can print out your own 'King of the North' crown. You can click here to have your own homemade crown.

In addition to the crown giveaway that's happening throughout the day, New Balance has also announced that it will be re-releasing the 'Fun Guy' apparel which includes T-shirts and hoodies with Kawhi's signature tagline.

The swag will only be available in limited quantities and you can pick it up at new Balance Toronto Exchange Tower, Sport Check Maple Leaf Square, Capusle, Live Stock Toronto and Lost and Found.

Check out @newbalancecanada for more information about the drop of the crowns and the limited merch.