The BFFs were so dominant. 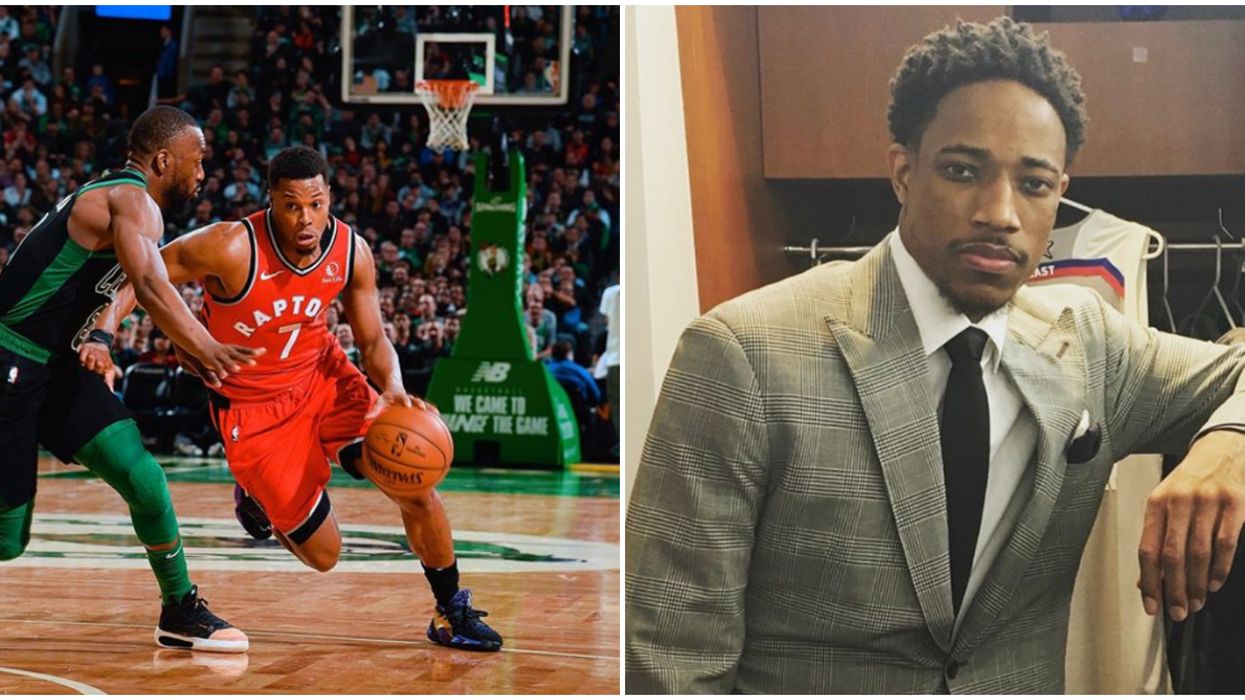 It's safe to say the Toronto Raptors dominated basketball in 2019 at the end of a strong decade. And the Kyle Lowry-DeMar DeRozan bromance was particularly notable. In fact, a chart showing the Raps' top scorer of the decade from each court zone illustrates perfectly just how important KLow and Deebo were to the team in the 2010s.

ESPN analyst Kirk Goldsberry shared the latest graphic in his series looking at each NBA team's top-scoring player from field goals in every zone of the court from the 2010s.

And the Raptors' chart is almost entirely dominated by Lowry and DeRozan. Of the 10 offensive zones displayed, eight are occupied by one of the two BFFs.

In fact, the only zones from which neither player was the Raptors' highest scorer were the corners. Terrence Ross is the man who prevented the duo's clean sweep.

With KLow taking care of the three-point range and Deebo dominating inside the line, it's a perfection visual description of the importance of the power couple this decade. No wonder DeRozan was seen as a mid-range king.

The image was shared all over social media and it had fans falling in love with the symmetry of the plays.

And, of course, it's got supporters nostalgic for a time when both players were on the court together. The bromance is very real.

DeRozan might have surprisingly admitted last month that the two didn't talk for a whole year, but they sure did hold it down for the 6ix over the years.

Just look at all this wholesome content we have to remember them by.

DeRozan hung out with his old Raptors pals ahead of this season and he looked utterly delighted at the reunion.

He still chose not to watch his former teammates receive their championship rings earlier this season, though, even if he did admit that being traded to Toronto was the best thing to ever happen to him.

Deebo played for the Raptors for nearly a full decade before he was traded in 2018. He still holds the franchise's all-time points and field goals records by a long way, well ahead of Chris Bosh in both departments.

Fans suggested a few weeks ago that Pascal Siakam's improvement in 2019 has seen him become better than his former teammate ever was.

Judging by this chart and the stats, Spicy P's got a long way to go.