Lowry gave it his all at the ballet last night! 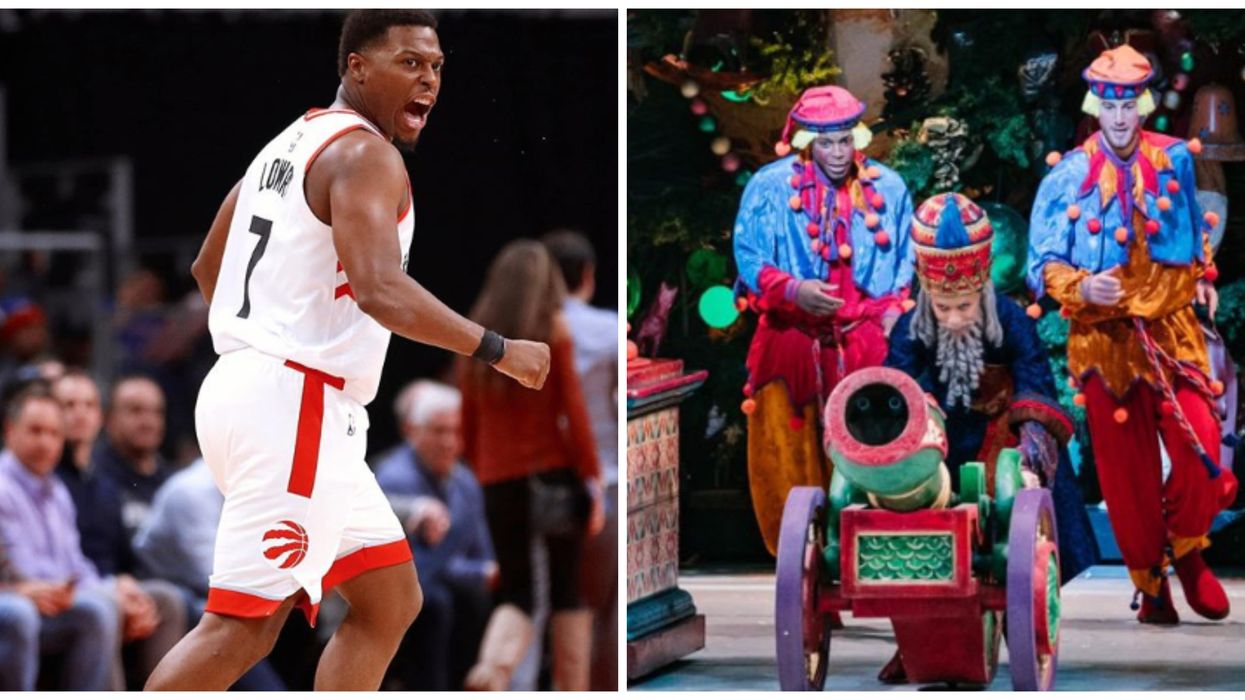 What do the Toronto Raptors and the National Ballet of Canada have in common? Certainly not a lot, however, the two did join forces last night to help bring The Nutcracker to life. Kyle Lowry and Matt Thomas took their talents to the theatre on Thursday night, performing as Cannon Dolls in the ballet’s production of the Christmas classic.

It probably would’ve been enough just to have the two Raptors appear in the background of the production, but true to their nature, they left it all on the stage.

Lowry and Thomas hopped, giggled, and danced their way through a believable performance of the toys, which must’ve been quite the sight for basketball fans in the audience who were unaware of the cameo they were about to witness.

In fact, the boys were so good that some members of the audience even called for an encore. Although judging by the videos they posted of themselves after their performance, the NBA stars didn’t seem too keen on going back out.

I mean, who can blame them? They already knocked it out of the park the first time!

Raptors fans couldn’t get enough of seeing their heroes all dolled-up, literally, with many going on to praise their acting.

“I’m sure Lowry’s sons are so proud of him,” wrote one user.

“Will need performances like this on the hardwood, the whole roster's in the ER," added another.

Thankfully, nobody was injured during the production.

It would’ve been awful to lose Lowry and Thomas, especially while Pascal Siakam, Marc Gasol, and Norman Powell are all out indefinitely with injuries.

It’s not unusual for celebrities to participate in The Nutcracker.

Mark Scheifele and Jacob Trouba played a role in the Royal Winnipeg Ballet two years ago, during Trouba’s time with the Winnipeg Jets.