He just became the Raptors' all-time leader in assists. 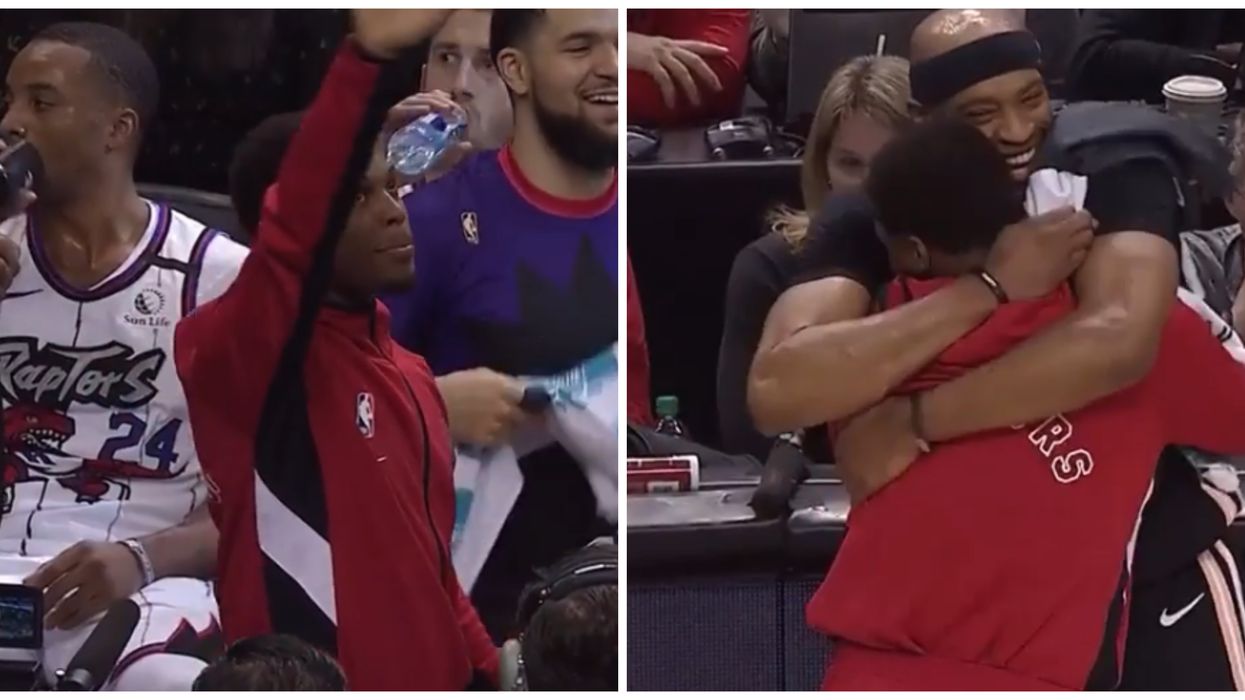 Few NBA players have as little left to prove as Kyle Lowry, and yet he continues to reach for new heights. Lowry became the Toronto Raptors' all-time assist leader on Tuesday night. He was all smiles as he was celebrated by fans and teammates.

It was a special day for the Raptor, but in true KLow fashion, he stayed humble. The 33-year-old baller gave full credit to the Raptors for helping him lock down the accomplishment.  He said he wouldn't have been able to do it anywhere else but Toronto.

Lowry also shared a tender moment with a former Raptors legend, Vince Carter, who now plays for the Atlanta Hawks. The two NBA stars embraced each other after the record was broken.

"It was awesome to be able to get it here tonight, in front of the home crowd, in front of Vince," Lowry told Sportsnet.

"The longevity that I've been here, and to pass a guy like Jose, one of the best point guards in franchise history and one of the greats in European basketball … means a lot."

"Vince didn't start the organization, but he kind of put it on the map and continued to make this thing grow," Lowry added.

"He's always been a big supporter of mine and the Raptors. He's just one of the greats ... and to do it in front of him made it even more special."

Lowry dished out an impressive 11 assists on Tuesday, January 29, surpassing Jose Calderon as the franchise's leader in assists. Calderon also congratulated KLow in a tweet.

It was no doubt a happy night for Lowry; however, it would be hard not to note the game’s bittersweet atmosphere in the wake of Kobe Bryant’s death.

The Raptors learned about the tragedy ahead of their game against the Spurs Sunday night. He and DeRozan hugged each other tightly before the game, and both teams held a 24-second shot clock tribute to the NBA legend.