Kyle Lowry Is The "Backbone" Of The Raptors, According To Tristan Thompson

Lowry is so good that even his opponents think he's the best. 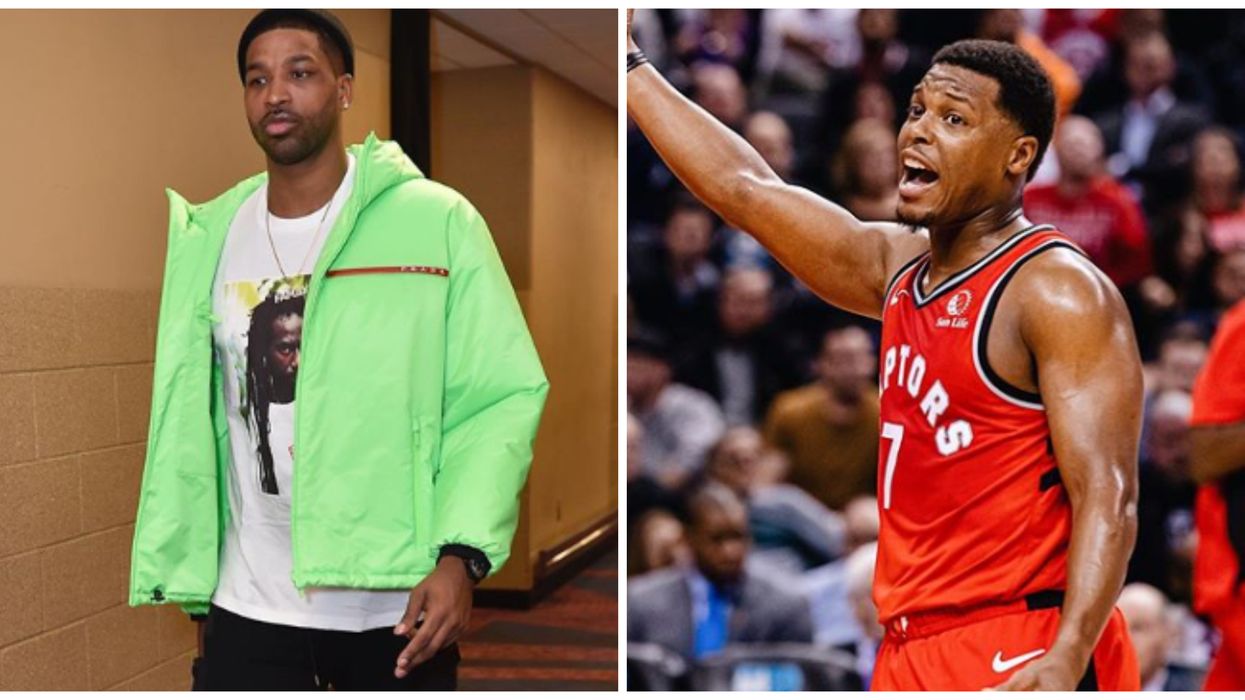 If there was ever a Toronto Raptor that stood a chance of ending up in the basketball hall of fame, it is Kyle Lowry. Tristan Thompson recently showed his personal respect and admiration for Lowry following the Raptor's impressive victory over the Cleveland Cavaliers on December 31, 2019. A game that once again proved the 33-year-old’s worth as a leader.

With Toronto currently without the likes of Pascal Siakam, Norman Powell, and Marc Gasol, Lowry has been forced to step up.

The Raptors guard led his team to 117-97 annihilation of Cleveland at Scotiabank Arena on Tuesday night. Lowry put up a whopping 24 points and eight assists.

It was an impressive victory, one that Thompson, who held steady with 14 points and 11 rebounds, had to award to Lowry, even going as far as to call the player a “Hall of Famer.”

"He’s a five-time All-Star, Olympic gold medalist, an NBA champ. He’s their backbone," Thompson added, according to The Toronto Sun.

Thompson had said last month that Lowry deserved a championship ring after years of getting "beat up on" by the Cleveland Cavaliers in the playoffs.

It’s evident at this point that Lowry has become the Raptors' de facto leader following the departure of Kawhi Leonard back in June. So, Thompson isn’t wrong to call him the team’s glue, because, well, he is.

Back in December, Lowry led his team back from a 23-point fourth-quarter deficit to beat the Dallas Mavericks 110-107.

It was a record-breaking comeback that marked the largest in the franchise’s history and Toronto’s fifth straight victory.

"Historically, I would say we've always been a team that fights," Toronto head coach Nick Nurse said during an interview after the historic game. "We hardly ever mail it in. That's a good quality to have."

Nurse even admitted at that time that he had "never seen anything like" Lowry's fourth-quarter performance.

Lowry has more than proven himself to be a force of nature, and his dedication to the Raptors specifically has made him a truly legendary figure in the north.

If that isn’t worthy of the Hall of Fame, I don’t know what it is.