Can't say no to Kyle. 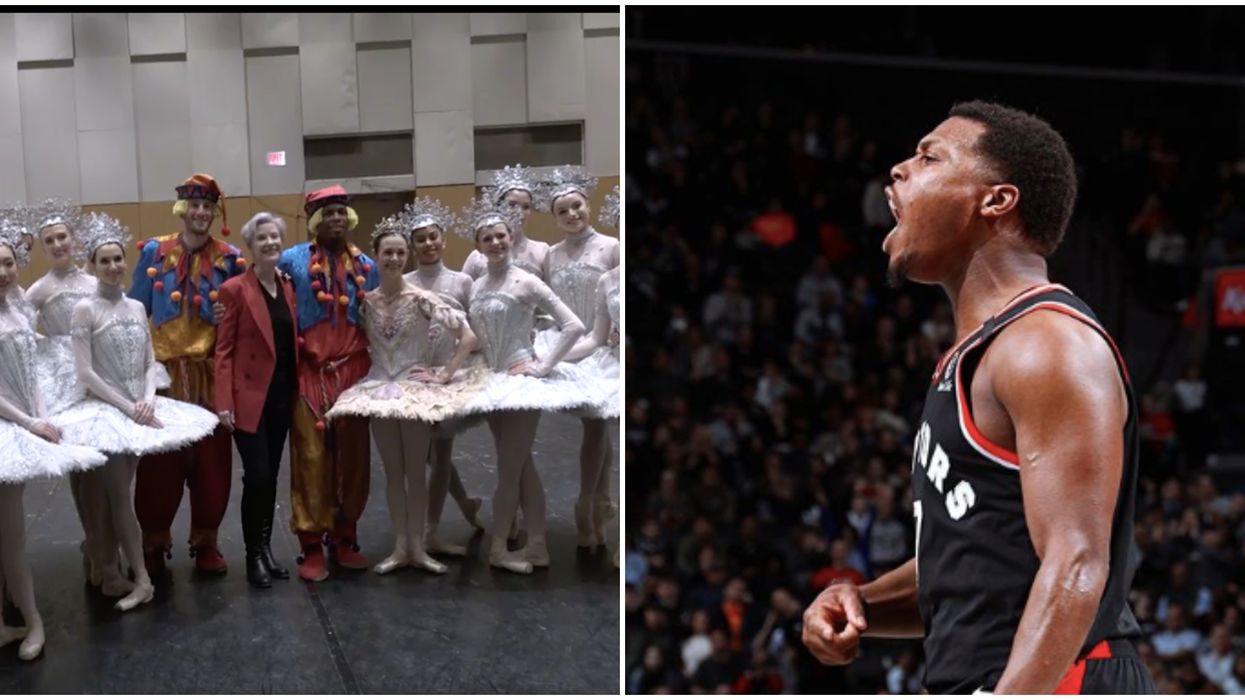 Don't you just love team bonding? The Toronto Raptors certainly seem to enjoy it. Matt Thomas just told everyone that his teammate and beloved point guard Kyle Lowry basically made him do The Nutcracker with him last month. Lowry definitely knows how to make his teammates feel welcomed and insisted that Thomas doll up with him.

Both players made what we assume were their respective theatre-stage debuts in the famous ballet last month, playing the part of cannon dolls.

And now, he has shared with reporters how KLow invited him to join in on the fun. It sounds like it was a case of tell, don't ask.

While Thomas joked with reporters about the on-stage moment as a cannon doll, he shared how despite being out of his comfort zone, he was able to have fun.

"Kyle asked me to do it... told me I was doing it with him," began Thomas, per Yahoo Sports Canada. Laughter broke out as he corrected himself.

"It was a fun experience, though. I had no idea, really, what I was getting myself into, both Kyle and I were definitely out of our element with that, but it was fun. I'll remember that for a while."

KLow was recently called the "backbone" of the Toronto Raptors by Canadian baller Tristan Thompson, and he's likely to carry a great deal of clout in the dressing room.

Lowry and Thomas may not have been in their wheelhouse, but the pair certainly left a lasting impression on their fans. Some even called for an encore.

Trading their jerseys for costumes covering them up from head-to-toe and donning a face full of makeup is something they're probably not used to.

These two aren't the first Toronto sports stars to have tried their hand at the ballet, of course.

Toronto Maple Leafs leading stars Auston Matthews and Mitchell Marner were the ones roped into the gimmick last year, and their performances went down pretty well, too.

For Thomas, being "encouraged" to take part by Lowry was something of a delayed welcome to Toronto. The guard only joined the Raptors back in July and, along with other teammates, has had to deal with an injury.

When he signed, would he have expected to be dressed up like a Russian doll alongside one of the Raptors' most defining players in history? Probably not.

Every day's a new experience.