Karter and Kameron, the real MVPs. 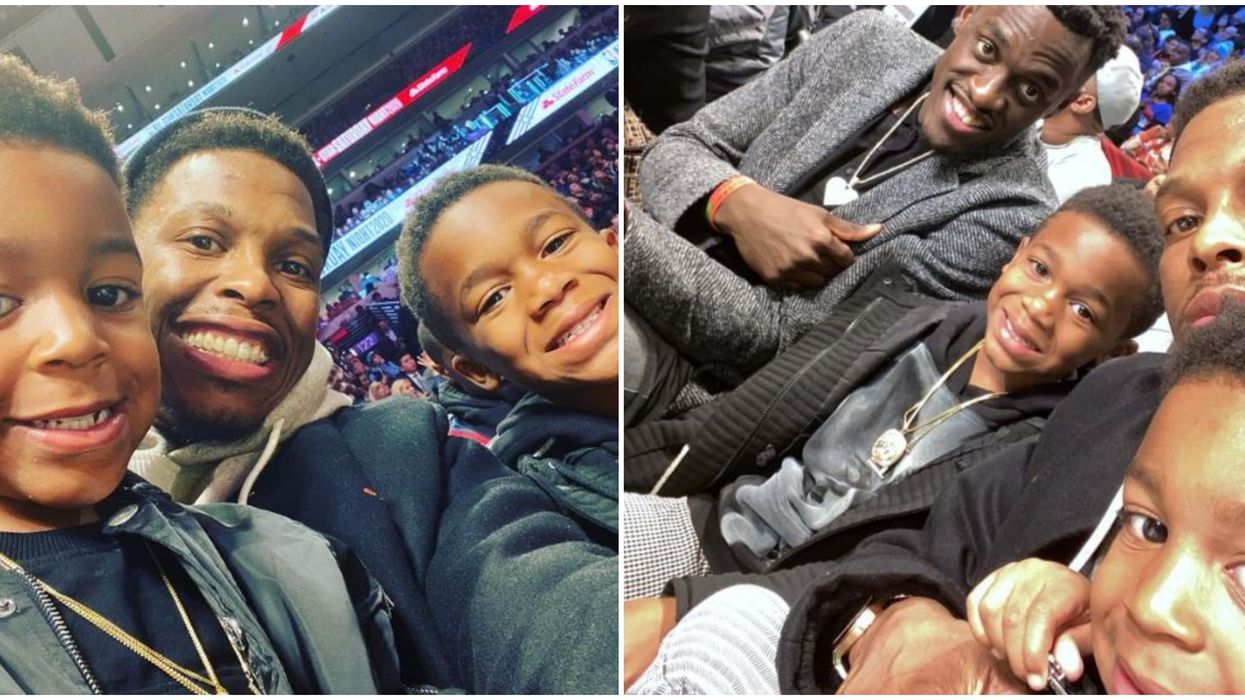 The 2020 NBA All-Star weekend was certainly a notable one for Toronto Raptors fans. But the cutest part of the three days of celebrations has to be Kyle Lowry's kids. The two junior Lowrys, Karter and Kameron, looked like they were having the time of their lives accompanying dad on his sixth trip to the annual showpiece.

Lowry isn't afraid to share occasional snaps of his little ones on his social media every so often.

The family is seen as adopted Torontonians by their fans and KLow admitted back in the summer they love the city so much that they are making serious plans to stay long term.

Also, father and son shared an adorable courtside moment last month as Karter watched his daddy play. Lowry gave his youngest child a quick kiss after being forced out of bounds midway through a clash with the San Antonio Spurs.

And the young pair were front and centre for much of their dad's All-Star weekend chat.

Another pic showed KLow talking to his son on the court during a warmup.

We don't know about you, but we're kind of hoping that K&K call Siakam "Uncle Spicy."

Lowry later shared an utterly adorable Instagram shot of he and his two kids beaming from ear to ear in the stands in Chicago.

That was just getting the cuteness overload started, though.

On Sunday, the day of the All-Star Game itself, Lowry welcomed his kids into the press area during his postgame interviews.

In one video clip, Papa Kyle is on full display as he hoists the pair of young'uns onto his lap.

"Come on, get up," he says as the kids struggle to perch on him.

Gathered interviewers then began asking Lowry Sr. questions about the game and his performance.

Interesting, but we couldn't stop looking at his kids' cheeky little faces throughout.

The cutest kids in basketball? It's impossible to say, but yes. And what an incredible experience for the two young kids.

Lowry isn't the only parent on the Raptors team, of course.

And Fred Sr. shared an adorable snap of Fred Jr. in Raptors gear just a few weeks ago which reminded fans that Lil' Fred is a contender for team MVP.

Ah, the Raptors. They're fun, wholesome, and champions to boot.