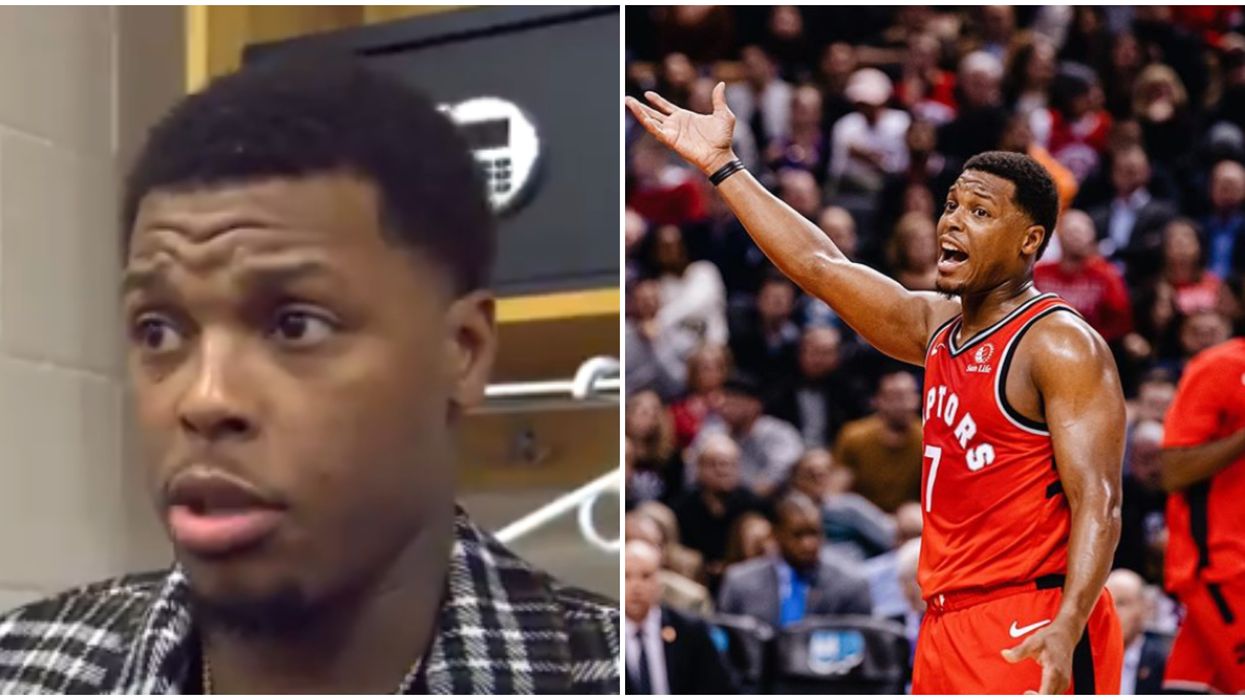 Lowry vs. Everybody seemed to be the theme of the night on December 9. Toronto Raptors faced off against the 76ers in Philly and on the latest of Kyle Lowry's Philadelphia returns, some home fans didn't hold back. In particular, after the game had ended, the point guard gave as good as he got in an interaction with one critical supporter as he exited through the tunnel.

As the Philadelphia native was leaving the court after the Raptors' 110-104 defeat to the Sixers on Sunday night, he was targeted by a particularly vocal fan.

In response to whatever he was getting from the home supporter, Lowry yelled "come see me!" about seven times, according to the Philadelphia Inquirer's Marcus Hayes.

Apparently, the point guard had to be lightly held back by one of his teammates during the exchange.

Hayes reports Lowry added: "I live at 20th and Lehigh, come see me!"

He not only grew up in Philly, but starred for local team Villanova Wildcats during his college days. He still owns a home in the city, and now it seems one fan has an unusual invitation for a tour.

After the incident, of course, reporters asked Lowry for his take. And, in the City of Brotherly Love, it appears KLow's feeling that love, even if he wasn't too happy about the fan's comments.

"I don't know, he's talking too much. I don't know him but he ain't worth my time," said Lowry to reporters, per NBC Sports Philadelphia's Andrew Greth.

"I don't care, it's Philadelphia. I respect it, I love it. When I come home, I'm going to be here, so if they got a problem, they can find me."

It might be Serge Ibaka's response that won the day, though.

Rather than get drawn into anything resembling a war of words, Ibaka handled his hecklers by simply pointing to his ring finger.

In fairness, the value of the Raptors' NBA championship rings alone must make heckles somewhat less difficult to hear.

Sometimes, a gesture is all the response you need.

Meanwhile, Lowry posted 26 points on Sunday vs. the Sixers, but his place in the starting lineup remains the subject of some debate among Toronto fans.

After returning from injury in a defeat to the Miami Heat on December 3, some fans were wondering if the Raptors might be better off without him on the court.

This isn't the first time he has faced the brunt of criticism and heckling. A few months ago, you may remember KLow was called "oddly-shaped" in an NBA player ranking and fans were not impressed.

Lowry hecklers, beware. You might just get invited over to his place to sort it all out.