Yes, this headline is correct. Why do you ask? 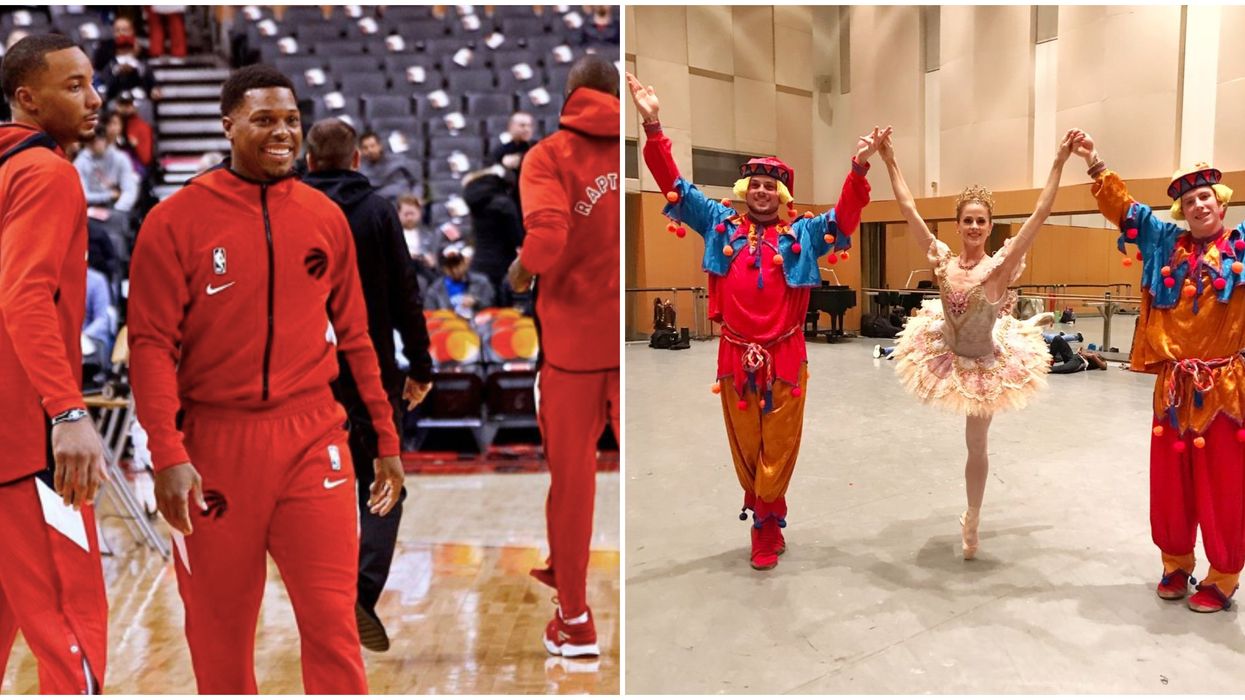 Kyle Lowry is a talented guy, but he's branching out. The Toronto Raptors star has been announced as a guest star in a famous ballet in the 6ix this month. In fact, Kyle Lowry's The Nutcracker debut will see him follow in the footsteps of Maple Leafs stars Auston Matthews and Mitch Marner by transforming into a Cannon Doll on stage.

As announced by the National Ballet of Canada, you can catch Lowry's rather unexpected cameo for just one night only on December 19, 2019.

Every year, the ballet has a rotating line-up of celebrity guest stars. As they go, NBA champion point guard Lowry is not a bad one at all.

The roe Lowry will be playing is a minor one, but it still seems pretty exciting, to be honest.

KLow gets to dress up like a Russian doll and fire a cannon into the crowd to begin a battle scene in the show. Erm, sounds awesome?

According to the lineup release, these celebrity walk-on roles have been a pretty long tradition with the Nutcracker shows all over the world.

By the official count of the National Ballet, 1,080 Canadian personalities and notable figures have appeared on stage throughout the years.

People such as astronaut Chris Hadfield, comedian Rick Mercer, and even Toronto Mayor John Tory have played the walk-on roles.

Last year, of course, it was the turn of Leafs star pair Matthews and Marner.

Raptors fans have something else pretty big to look forward to this week with the return of Kawhi Leonard to Toronto on December 11.

Even so, they're already pretty psyched to see what Lowry brings to his new role.

"The awesome Nutcracker news this year is Kyle Lowry setting up for a cannon doll shot," reads one tweet.

Toronto Raptors’ Kyle Lowry Will Be a Cannon Doll in The Nutcracker take my money
— Arti Patel (@Arti Patel)1575923332.0

While you're here, pour a drink out for this next extremely unfortunate customer.

This year, besides Lowry, there are a couple of notable names in the lineup.

Lowry is undoubtedly the biggest draw, though. And tickets are still available for his December 19 date. Pricing ranges from $45 to $195.

So, if you really want to see KLow dressed head to toe in Russian droll garb and firing a cannon into a crowd (and who doesn't?), start gathering up your money!

The true definition of once-in-a-lifetime!