He and his wife enjoy raising their kids in the city. 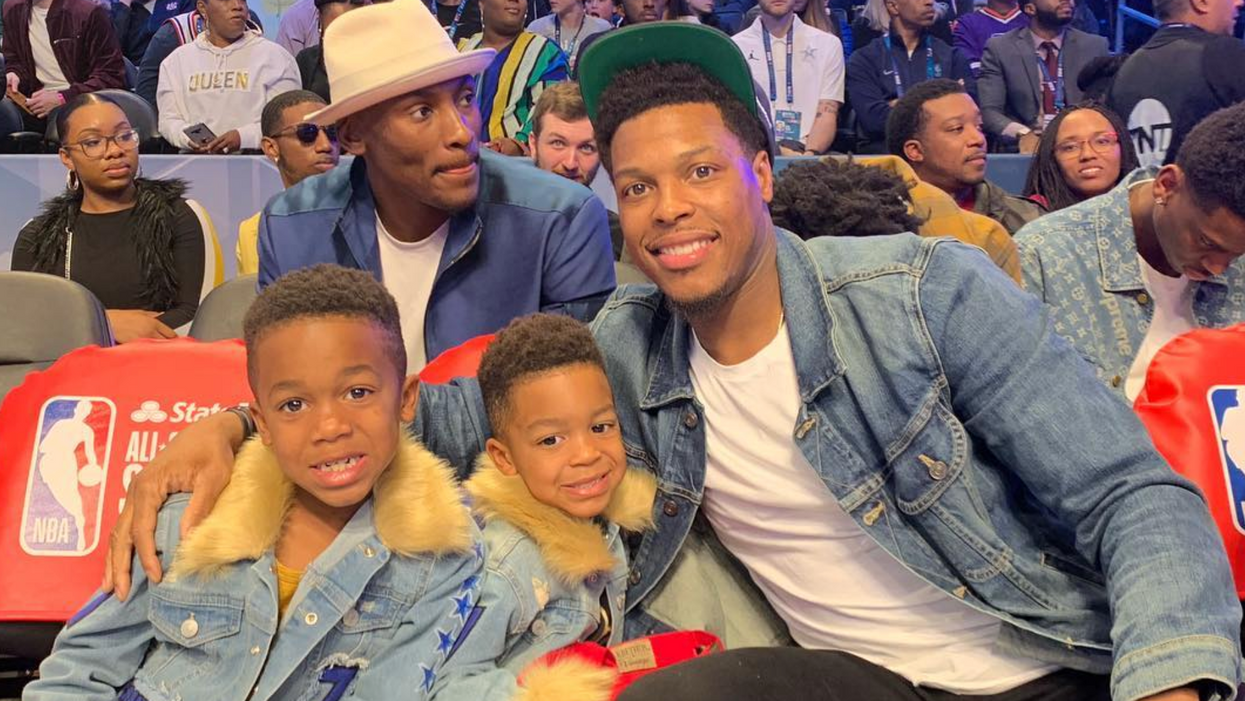 We all know how great Kyle Lowry has been for Toronto, but how has the 6ix been for Kyle Lowry's wife & kids? Well, let’s find out. Lowry and his wife Ayahna Cornish-Lowry first moved to the GTA back 2012 after Lowry was traded to the Raptors by the Houston Rockets. Since then, the couple has had two kids. The family has managed to keep their private life, well, pretty private. Recently though, Lowry opened up and let fans know just how much he loves raising his kids in the city.

Lowry sat down with ESPN’s Adrian Wojnarowski to talk about his life in Canada. In the video, Lowry is seen stepping out of his beautiful north Toronto home, which certainly looks more like a forever home than a “let’s ride this out” condo. In the interview, Lowry reveals that his wife and kids have grown to love Toronto - so much so, that they've enrolled their children in school there. Lowry also says that he's grateful that his kids get to grow up in Toronto instead of Philadelphia, where the player had struggled during his own troubled childhood.

During an interview with Sportsnet back in April, Lowry revealed that he and Ayahna had signed their kids up for all kinds of extracurricular activities in Toronto, including chess, swimming, basketball, and soccer.

According to former NBA player Alvin Williams, Lowry’s boys Karter and Kameron are involved in various programs and camps in the GTA. Lowry emailed Williams a long list of things he could enroll his son into after he informed the Raptors star that he would be fathering his own little boy.

According to Sportsnet, Lowry loves to take his boys with him to work in his chauffeur-driven van, allowing him to spend more uninterrupted time with his sons. Karter and Kameron also love to hang out with dad in the locker room at the Scotiabank Arena after games.

Karter and Kameron have also inherited their father’s competitive nature, which Lowry joked to Sportsnet had become a little bit of a problem in the family’s household:

“Running down the steps, tag, finishing dinner, who showers first, they are way too competitive. I will not lie to you,” Lowry explained. “That is a problem in my household right now which I truly appreciate but I have to figure something out.”

Living in a Canadian city for as long as Lowry has appears to have softened up the player’s once edgy persona. Fred VanVleet, one of Lowry’s teammates, happily brushed off the rumours that Lowry was a jerk in real life during an interview with Sportsnet.

VanVleet claimed that the father of two had taken him under his wing after he was traded to Toronto. Lowry has advised him on everything from finding a personal chef to acquiring real estate in Toronto since coming to the city back in 2016.

It’s not just Lowry who loves Toronto either, his kids have also grown quite attached to the 6ix.

Lowry and his wife founded a charity in Toronto and Philadelphia back in 2013 called the Lowry Love Foundation. According to the website, the foundation aims to improve the lives of the underprivileged and the disadvantaged in both cities to ensure better quality of life for those in need.

He said "discussions are going on right now" about reopening salons.

Premier Doug Ford is feeling the pressure to reopen salons in Ontario, not just from members of the public but also from the women in his life.

The premier was asked in a Thursday press conference about whether or not personal care salons could be allowed to open sooner, to which he replied that his wife and daughters are "lobbying [him] hard" about it.

This llama had a wild night.

If you went for a drive last night, you may have spotted a furry creature causing chaos. A llama was found wandering Highway 400 on Wednesday, causing traffic and general confusion.


The llama with an obvious spirit for adventure was rescued by police near King Road on Highway 400 southbound.