A new Toronto tradition is born. 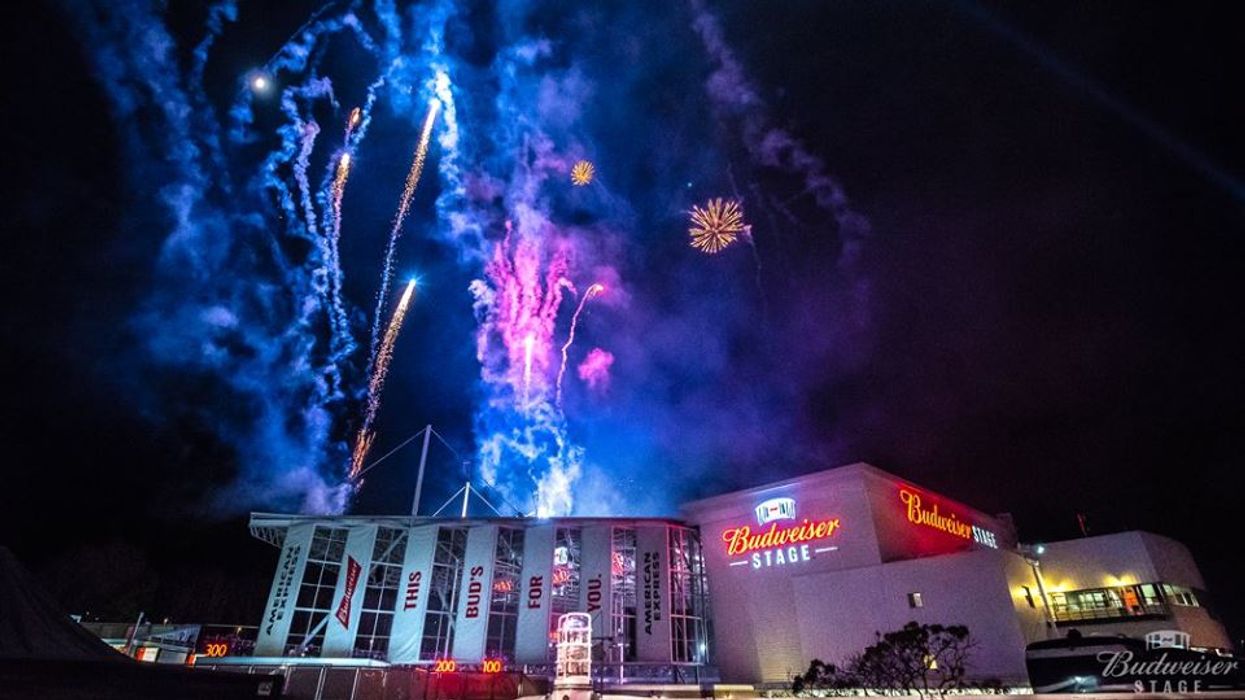 Honestly, summer can't get here fast enough. Real summer - where you're almost baking in the summer heat, eating outside and listening to live music - is actual magic, and the good news is that we're one step closer all thanks to Toronto's Budweiser Stage.

In case you didn't know, Budweiser Stage is basically the sign that summer (or rather, the summer of music!) has come to Toronto.  Non-stop until October, Budweiser Stage hosts outdoor concerts in Toronto with artists like Weezer and Imagine Dragons... it's one seriously good time!

And last night they hosted their first ever HUGE Opening Night, featuring double headliners Broken Social Scene and Portugal. The Man. The night was jam packed with amazing artists, wonderful crowds, food, drinks and an all around good time! The night started at 5:30 with an amazing pre-party featuring Skratch Bastid at the venue's River Ba -  and a surprise guest performance by Toronto cover band, Dwayne Gretzky, totally rocking the South Plaza! The venue was also totally transformed for Opening Night, with a super fancy red carpet entrance. Portugal. The Man was incredible as one of two headliners of the night: they played all their hits (like "Feel It Still"!) and put on an incredible show. Broken Social Scene also rocked TF out, totally killing it. The shows were insane, and the vibe of the crowd was unbeatable!

Of course the music was awesome, but really turning an amazing night into an epic one was the venue! The River Bar (which hosted the official after party, with a sweet vinyl set by Broken Social Scene’s own Brendan Canning!), Budweiser Brewery Fresh serving up the freshest Budweiser, a brand new Artist Walkway; and the iconic Marquee Sign made the whole thing Instagrammable AF! Food, drinks and live music in an outdoor setting can't be beat - and if this is a taste of what's to come this summer, then there's no place better you can possibly be than enjoying Budweiser Stage, and totally enjoying the new Toronto tradition that Budweiser Stage is creating with Opening Night. Oh, and PS: yup, the evening totally did wrap up with legit fireworks. Musical paradise? Absolutely! We can't wait for this celebration of music to be a thing, year after year!

A ton more awesome shows are lined up for the summer, like Kendrick Lamar, Vance Joy, Weezer, Slayer, Arcade Fire, Wiz Khalifa and many, many others. There are nearly 60 shows (!!) slated to play over the summer, and there's honestly an artist for everyone's musical tastes - so you just know Budweiser Stage is going to make any music-lover's summer seriously epic!