The Leafs totally saved the day. 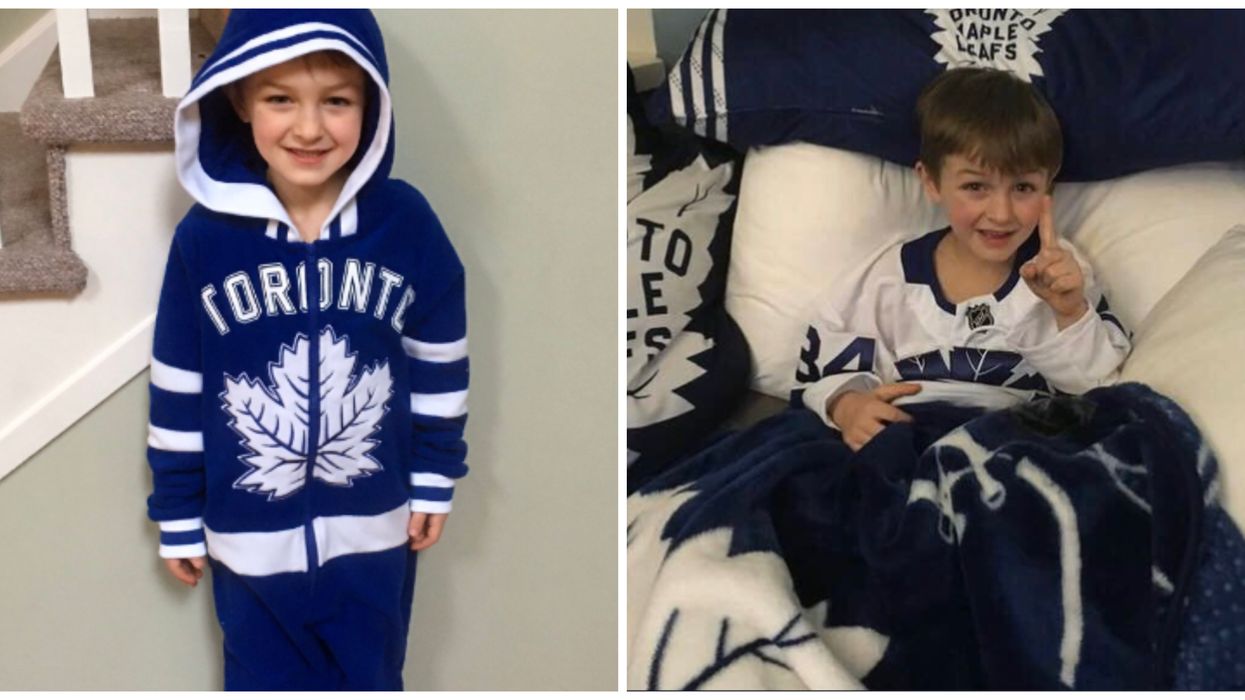 The COVID-19 pandemic brought the world of hockey to a grinding halt this month. The NHL has temporarily suspended their season and players are now stuck in quarantine with the rest of us. However, that didn't stop Leafs players from going out of their way to make a young fan's birthday extra awesome this week.

Oliver Jenkin's family had planned to take him to a Leafs game for his 7th birthday last week. When his special day didn't go as planned, Oliver's dad Brad Jenkins quickly reached out to his hockey heroes on Twitter in hopes of getting some birthday wishes.

It didn't take long for Leafs players and a few other NHL stars to send their birthday wishes to Oliver. Auston Matthews, John Tavares, and Zach Hyman were just a few of those who gave the young hockey fan a shout out.

"My son loves all things hockey and especially the Leafs," Brad Jenkins told Narcity. "He always shouts commentary while he plays in the basement."

"We had his 7th birthday party planned for Sunday with some of his buddies. We were going to play hockey and eat pizza. We were also going to an NHL game last week."

"With all of it being canceled, I figured I would reach out on social media to some of his hockey heroes, and we are totally overwhelmed with the response," he added.

"He has really enjoyed hearing about all the messages and well wishes and feels pretty lucky, even with his birthday party and game being canceled," Jenkins said.

"People really stepped up, and I'm super grateful to everyone for helping him out."

Leave it to the Leafs to put a smile on their fans' faces in the toughest of times.