After all, the Leafs could use the "luck of the Irish." 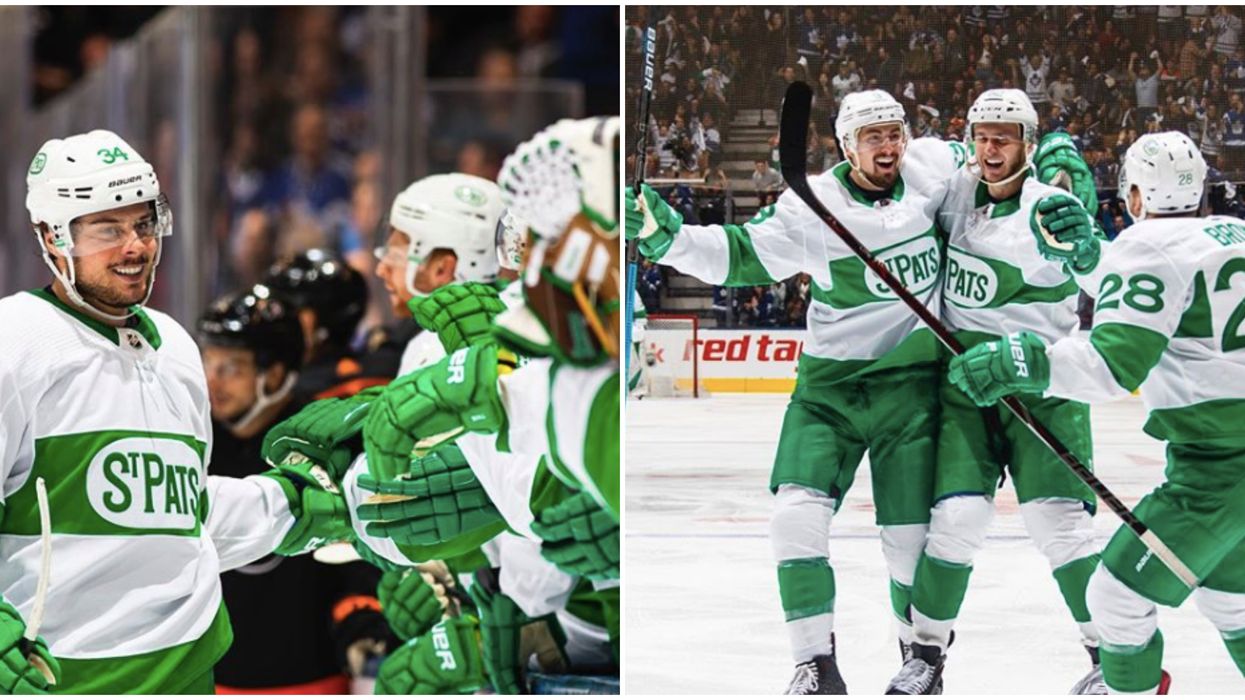 The Toronto Maple Leafs seem like they could do with a little bit of "the luck of the Irish" so maybe this can't come too soon. A Leafs St. Patrick's Day pop-up is coming to the 6ix this weekend at Stackt Market. And green-eyed fans can get their hands on limited-edition gear from March 13-17.

UPDATE: As a result of the spread of COVID-19 and following the suspension of the NHL, MLSE confirmed to Narcity this pop-up has been cancelled.

EARLIER: If you're looking to amp up your Leafs memorabilia collection and go above and beyond. Or if you just really, really love St. Patrick's, you might want to head downtown at some point this weekend.

There, you can get your hands on this year's snazzy green-and-white St. Pat's jersey.

And there will also be a new Adidas collection to help you celebrate the day in style.

As part of the weekend of celebrations, the Leafs will be wearing the special-edition jerseys for two games, including the March 17 home game against the New Jersey Devils.

At that game, there will also be St. Pat's giveaways on offer.

And, according to info given to Narcity, Real Sports Apparel will also sell the jersey and even a Roots collab for St. Patrick's Day.

There, you can get sweaters, cardigans, crews, toques, and scarves.

So, if you were looking for weekend plans, now you've got them.

Luckily enough, the Toronto Raptors won't be playing that day so Toronto sport fans shouldn't worry about both teams not winning on the same day.

According to the Leafs website, the green-and-white jersey is inspired by their 1919-27 team, when they were once called the St. Pat's.

So, in honour of that historical era, the current team trades in the blue for the green and rebrands as the St. Pat's for the occasion.

Why You Need To Go: You'll be able to get a limited-edition jersey even if you're unable to attend the games themselves.