Another Season Ends In Disappointment For The Leafs And Their Fans 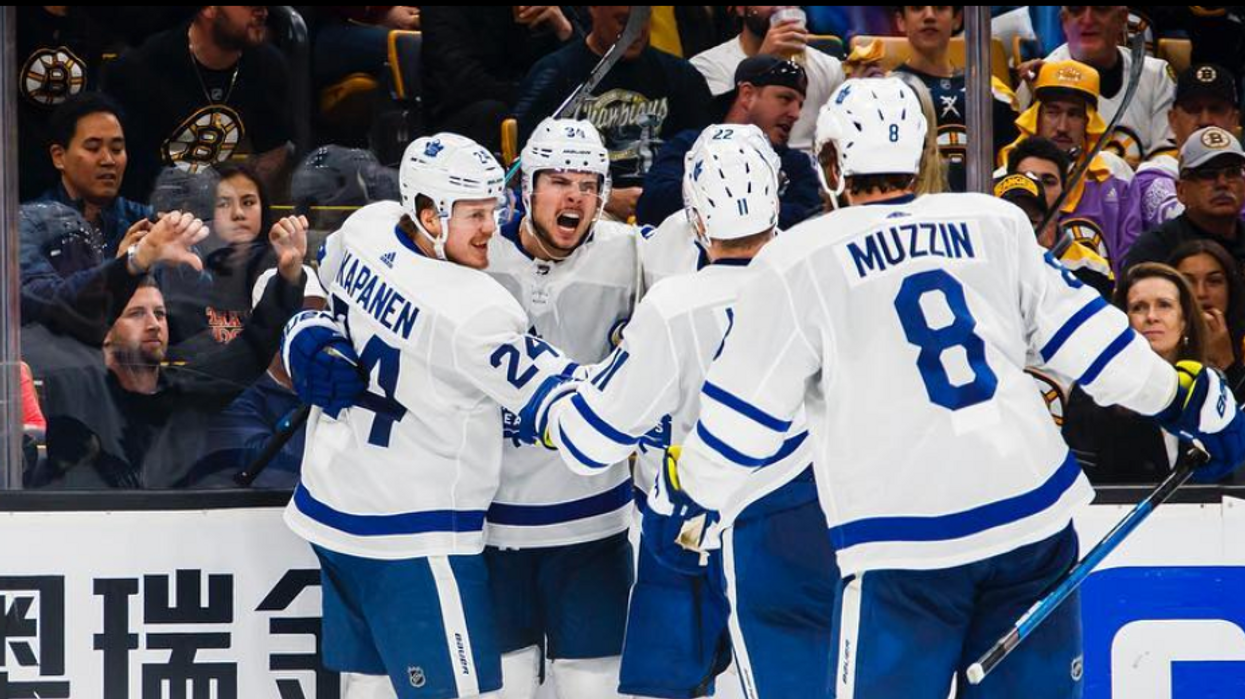 On Tuesday night, the Toronto Maple Leafs stepped into TD Garden for game 7 with the goal of finally beating the Bruins in a playoff series - something they haven't done since 1959. The Leafs were also hoping to advance to the second round of the playoffs, something they haven't done since 2004. Unfortunately, they weren't able to lift their curse - the Leafs vs. Bruins series ended in disappointment after an embarrassing 5-1 loss.

The Leafs started the game strong. They applied pressure, dominated the offensive zone and got some good scoring chances. With about 5 minutes to go in the first period, Andersen let in an arguably soft goal when the Bruins Joakim Nordstrom threw the puck on net and managed to squeeze it by Andersen's arm. Just over 3 minutes later after a giveaway by Jake Gardiner, Marcus Johansson picked up the puck, skating out front of the Leafs net and got Boston's second goal of the game. Those two goals seemed to impact the Leafs' confidence and momentum as they struggled to get through the rest of the period.

Period number 2, the Leafs came out flying, determined to level out the score against the Bruins. About 4 minutes into the period after some hard work by Ennis, Tavares picked up a loose puck and sniped one into the back of the Bruins' net, making it a 2-1 game. The rest of the period was back and forth, with both teams creating good scoring chances. But the goalies stood tall and the period finished 2-1 in favour of the Bruins.

Going into the 3rd period, the Leafs that this was their last chance to do whatever they could to come out with and win. But 2 minutes and 40 seconds into the period, Bruins' Sean Kuraly got Boston their third goal of the game and that goal seemed to take the life out of the Maple Leafs. For the rest of the 3rd period, the Leafs scrambled to get some offense going and struggled to keep the puck in the Bruins' zone. Boston added more empty net goals to finish the game and end Leafs' season.

Boston seems to have Toronto's number - this is the third time that the Leafs have lost to the Bruins in the first round of the playoffs in the last 6 years, including last year's playoffs when the Leafs lost in game 7. In the offseason, the Leafs will make some changes and work hard towards a fresh start come October. But now that yet another season has ended in disappointment, Leafs fans aren't feeling too optimistic. Here's how some fans are feeling after last night's loss:

Is there any more disappointing and underachieving team in world sports than the Toronto Maple Leafs?
— Ed Wyatt (@Ed Wyatt)1556073963.0

All Leafs fans can do is wait to see what next season brings. Maybe, just maybe, they'll be able to find some postseason success.