You need to find yourself someone who looks at you the way Lowry looks at DeRozan. 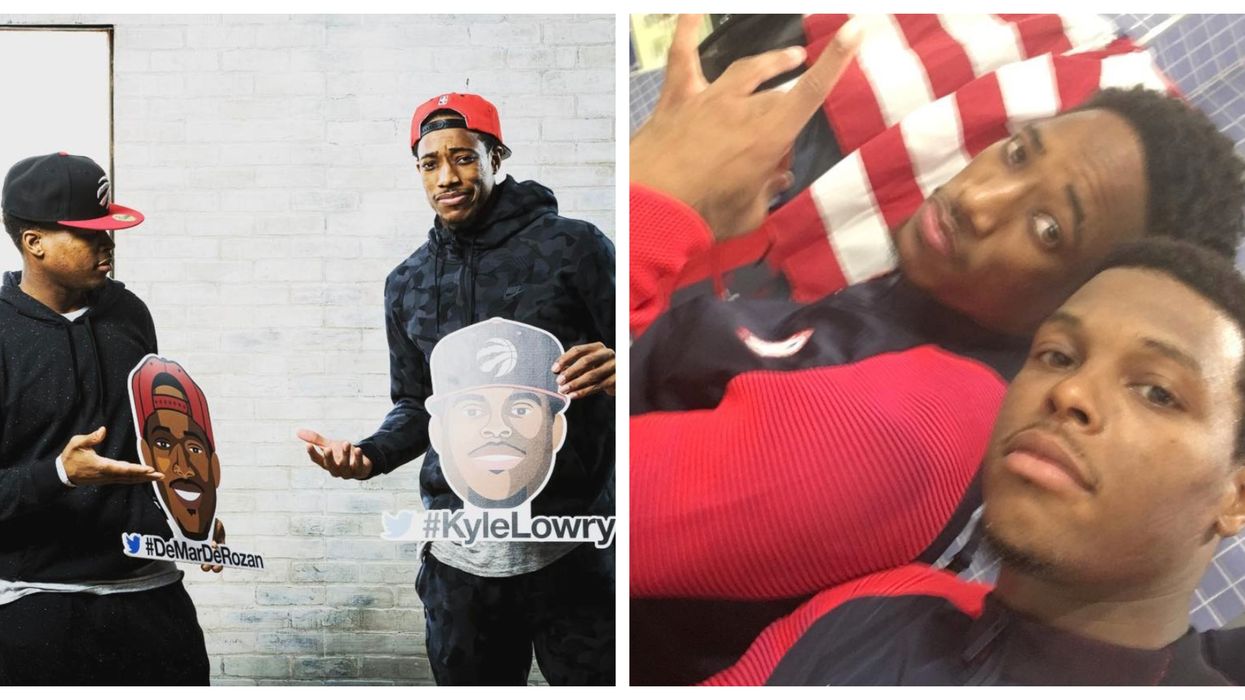 Has there been a greater friendship in the NBA than the Lowry DeRozan Bromance? The former Raptors teammates will be brothers until the end and it's clear that no amount of basketball politics will change that. Lowry may be planning to stay in Toronto for the long haul while DeRozan continues his career all the way in San Antonio, but the two have managed to stay as close as ever.

According to CBC, Lowry had this to say about his friendship with DeRozan shortly after he was traded for Kawhi Leonard.

"When you meet certain people in this world, and you're brought together by basketball, you don't have a certain reason on why this or that. It just happens. It is what it is. You can talk about anything, you can watch TV, you can not talk and still be on the same page. You got family, you got kids, all types of things that all go into that. It just brings together a bond."

Tell me that’s not true love! Who wouldn't want a friend like Lowry? And that’s just one example.

First, there's this glorious tribute to the pair, complete with a sappy music soundtrack. The best buds shared hundreds of little moments like these during their tenure as teammates:

“I talk to him every day; I see him every day that’s why they called it facetime, I’ll be honest with you we talk all the time,” Lowry says in this next clip which took place during an interview before Lowry and DeRozan’s first game against one another.

You know you’ve found a true friend when the things that you hit you hard hit your BFF even harder:

Of course, it goes without saying that you want someone who’s going to visit you no matter where life takes you:

Someone who never forgets your birthday:

A person you share things with that no one else truly understands, but everyone wants in on:

Someone you can torment endlessly because you know they can take the joke:

And, most importantly, someone who is proud to call you their best friend:

I know you're probably thinking that you'll never have a friendship like these two have, but I promise that the Lowry to your DeRozan is out there somewhere!