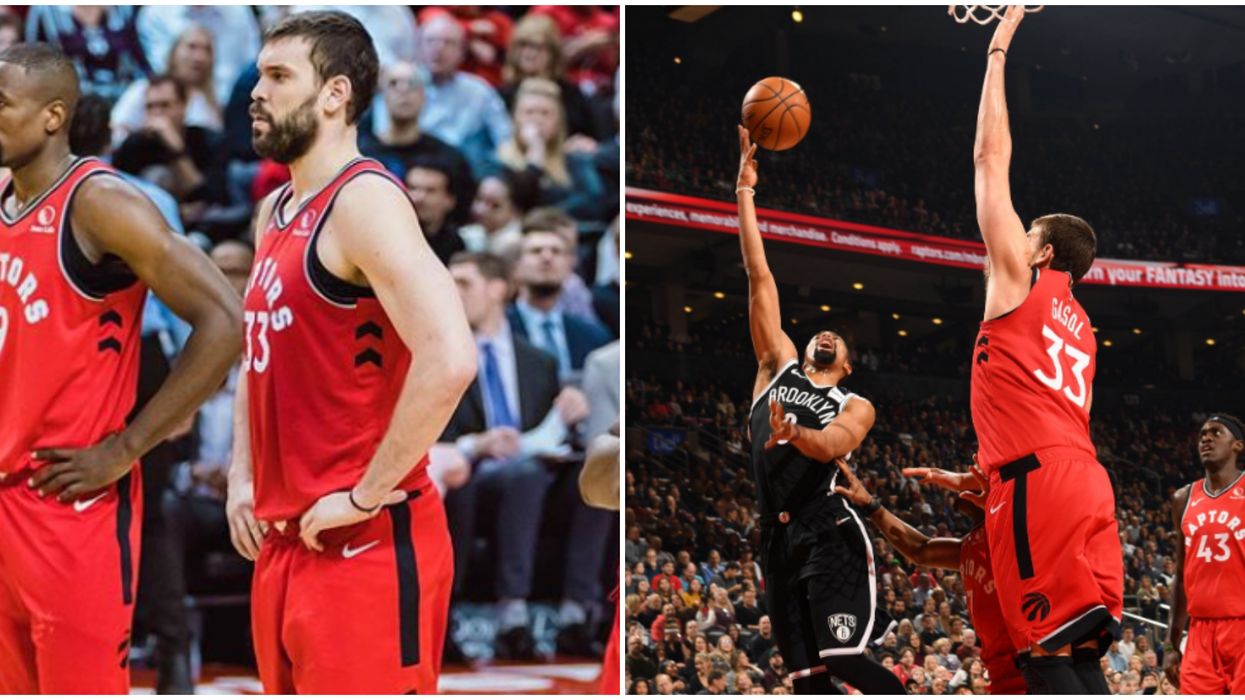 At least one member of the Toronto Raptors is going to get some rest and relaxation time in over the holiday season, whether he wants it or not. A report on December 19 suggests that Marc Gasol's injury is going to keep the big man out for "a period of weeks." And Raptors fans just can't seem to agree on what that means for the team.

The franchise's win over the Detroit Pistons on Thursday night came at a high, high price. Both Gasol and Norman Powell suffered injuries in the game, with the Spaniard having to exit at an early stage.

At the moment, it's unclear just how long that will be. Wojnarowski's report only stated it would be "weeks" and that sources tell ESPN he's expected to be missing "for the foreseeable future."

Gasol has been an important component for the Raptors this season despite seeing reduced minutes, particularly at the net and on defence.

He has started every one of the team's 27 games since they became NBA champions.

The Raptors lineup is going to look strikingly different over the holiday period, it seems.

Gasol the man is a popular guy in Toronto. He won the hearts of many with his post-championship celebrations in the summer.

Thanking God that he got to join the Raps unsurprisingly went down well, too.

And though a debate seems to constantly rage about his value on the court, the news of his extended absence had Raptors fans pretty concerned on Thursday evening.

I figured Marc Gasol was going to miss a significant amount of time, but I was living in blissful ignorance and it was so much fun.
— Chris Walder (@Chris Walder)1576796532.0

Gasol has been such an integral component of the Raps' defense. Ibaka's rim protection will be needed, as will Bouc… https://t.co/ovlAq3Udal
— Joseph Casciaro (@Joseph Casciaro)1576795321.0

While this was the overwhelming reaction to the news, it appears there are some Raptors fans who are less bothered.

A popular counter-argument seems to be that the injury gives Nick Nurse the chance to allow his backup players to step up and prove themselves further.

as a person who is extremely here for rondae at centre, i am pretty chill about the news
— Sean Woodley (@Sean Woodley)1576795384.0

There were even a couple of suggestions that the injury could force the Raptors' trade plans into action.

Particularly notable were some scattered calls for the team to follow up speculation by bringing in Tristan Thompson.

The Brampton-born Thompson has been linked in recent times with a move back to Toronto from the Cleveland Cavaliers. However, that doesn't sound like something that many people in the 6ix actually want.

How the injury to Gasol affects both the Raptors' on-court showings and their off-court scheming remains to be seen.

Gasol is on an expiring deal in Toronto after signing a single-season extension in June.