The Ujiris and the Leonards are getting closer than ever! 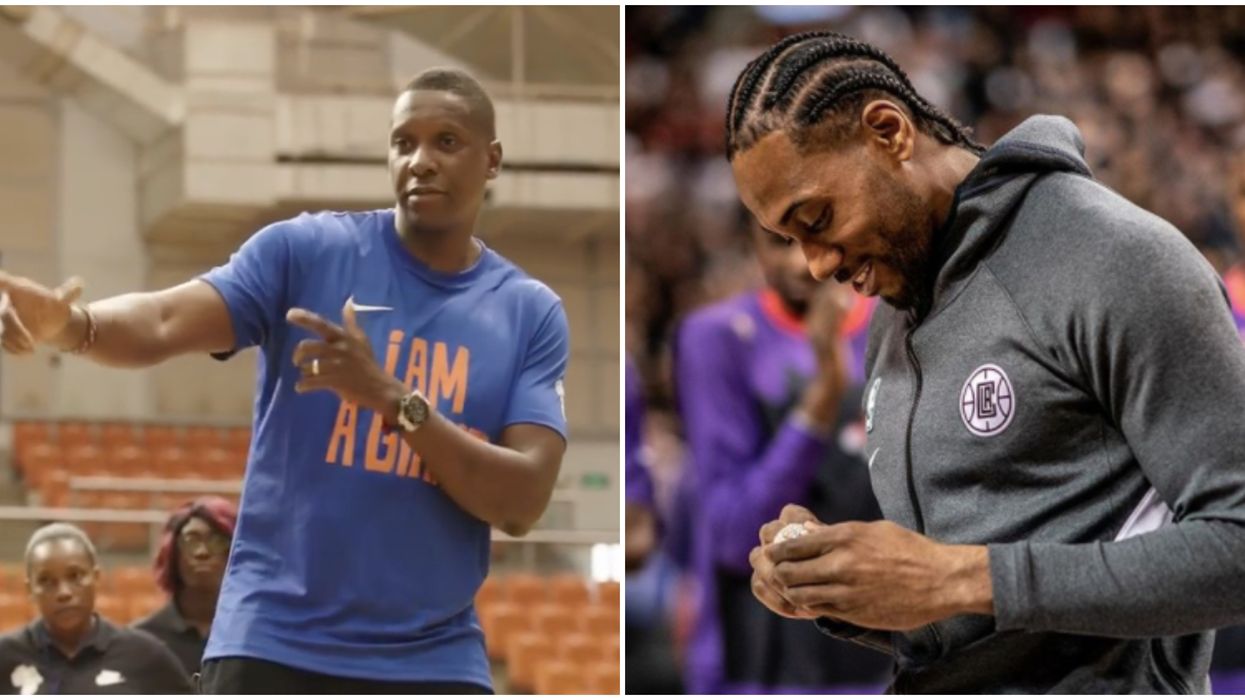 In the world of sports, there's no shortage of iconic BFF's. However, Raptors GM Masai Ujiri and Kawhi Leonard seem to have one of the best relationships around, and in a recent interview, it seems like it goes much deeper than just basketball. In fact, Ujiri shared that his son and Kawhi's daughter FaceTime each other, and he even joked that they're going to get married.

According to Sportsnet, Ujiri spoke with TNT’s Ernie Johnson through a video interview and halfway through their talk, Ujiri's son Masai Jr., decided to stop by and say hello.

When he realized his dad was doing an online interview, he shyly moved away, leading Johnson to jokingly ask if he was going to be Kawhi's future son-in-law.

Ujiri caught on with the joke and agreed with Johnson, even sharing that the two youngsters were on a video call with one another the day before.

“By the way, he was on FaceTime with her yesterday,” added Ujiri.

Johnson seemed to not believe these claims, but Ujiri assured him that it was totally true.

"I’m serious," said Ujiri. "I have a great relationship with Kawhi, but my wife and Kishele [Kawhi’s girlfriend] have a really, really close relationship and [Masai Jr.] talks to [Kawhi’s daughter] every now and then," states Ujiri.

Despite leaving the Raptors to other pastures, Ujiri still has love for the Leonard gang.

“With Kawhi, we just built a relationship where, you know, we trusted each other and that friendship has evolved even bigger that he left and I’m proud of that... You’ve just got to move on and go on to the next," shared Ujiri

Despite their strong relatioship, you can imagine how Ujiri felt when he reportedly found out that Kawhi was using the Toronto team as leverage, while weighing out his options before being traded to the LA Clippers.

However, it seems like all that is water under the bridge now, as Kawhi's relationship with his ex-teammates didn't tarnish at all.

A particularly sweet interaction was spotted during the All-Star weekend, as Kawhi and Pascal Siakam also shared a fun moment together on the court.

As for Ujiri's son and Kawhi's daughter, their friendship definitely helps keep the two families together.