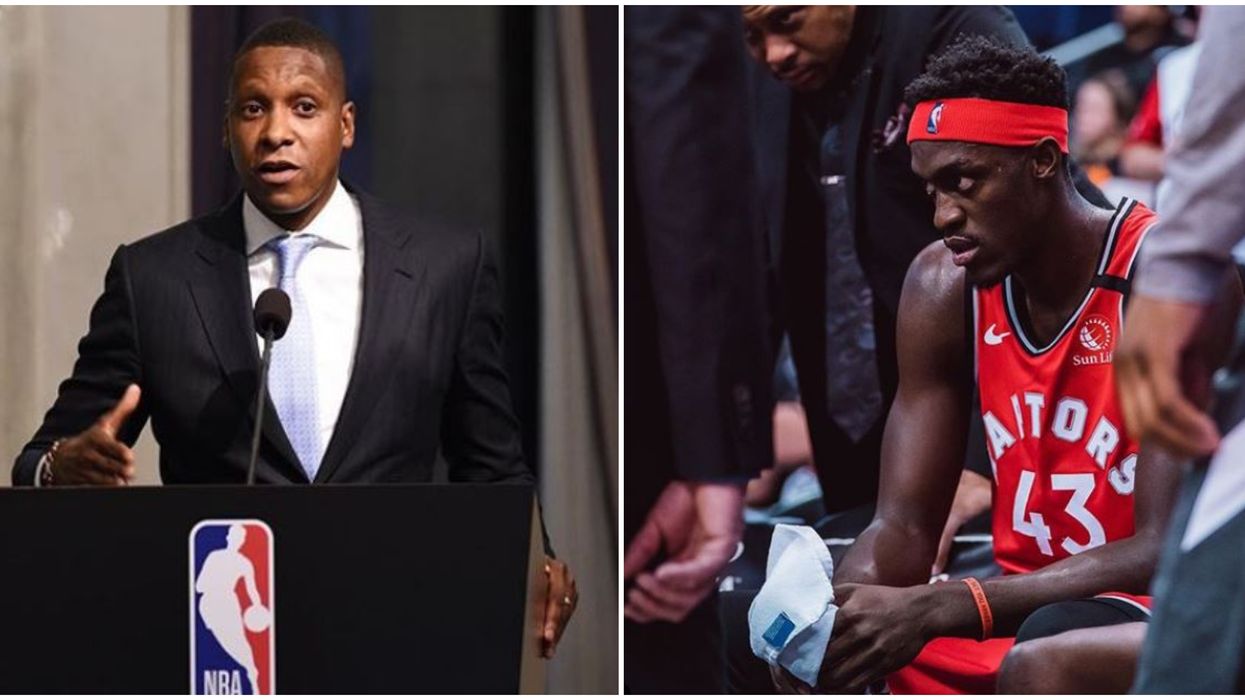 The month of March was more than just an extremely long few weeks. Since the middle of the month, there has been virtually no sport at all going on in the world as efforts are made to contain the spread of COVID-19. The Toronto Raptors were at the forefront of the early drama, and president Masai Ujiri has now revealed how the team reacted to needing to be tested before the NBA season was ultimately suspended.

The team was sent into self-isolation for 14 days back on March 12 after it was announced Utah Jazz player Rudy Gobert had tested positive for the novel coronavirus.

The Raptors had been the Jazz's most recent opponents at the time of that revelation. As a result, they took Gobert's diagnosis extremely seriously.

And in an article by The Athletic published on Wednesday, April 1, Ujiri shared what went down when the news broke.

"I was also on the road scouting when we played Utah and came back home right away,” the team's president recalled.

"Everybody is human, and because we had just played against (the Jazz), there was a reaction, and a reaction of concern. I don’t want to say panic, because we weren’t.

"I think people, players, everybody was really calm, but concerned. I mean, rightly so."

The Raptors had played against the Utah Jazz on Monday, March 9, coming in close contact with two players who contracted the virus.

Ujiri added that the team got tested immediately and we sure to "play by the rules" by self-isolating.

He finished by noting how proud he is of the team's response to such an unprecedented crisis.

“As you know, we had a few players that were in direct contact with the Utah game and situation, so I think everybody (was concerned).

"We abided by the rules and we’re proud that we did that and we have to stick to that and continue to plug away,” said Ujiri.

There were one or two hairy moments, though.

None more dramatic than when Chris Boucher infamously broke self-isolation when he was spotted at a Loblaws in Toronto to stock up on food.

Thankfully all of the players tested negative but are still required to stay at home, especially as numbers worsen in the province.

In the meantime, as we're all stuck indoors, some of them have been able to find ways to keep themselves entertained.

Knowing how long the second half of March felt for us, it must feel like a different age now for the Raptors after over two weeks with no games and no practice sessions.