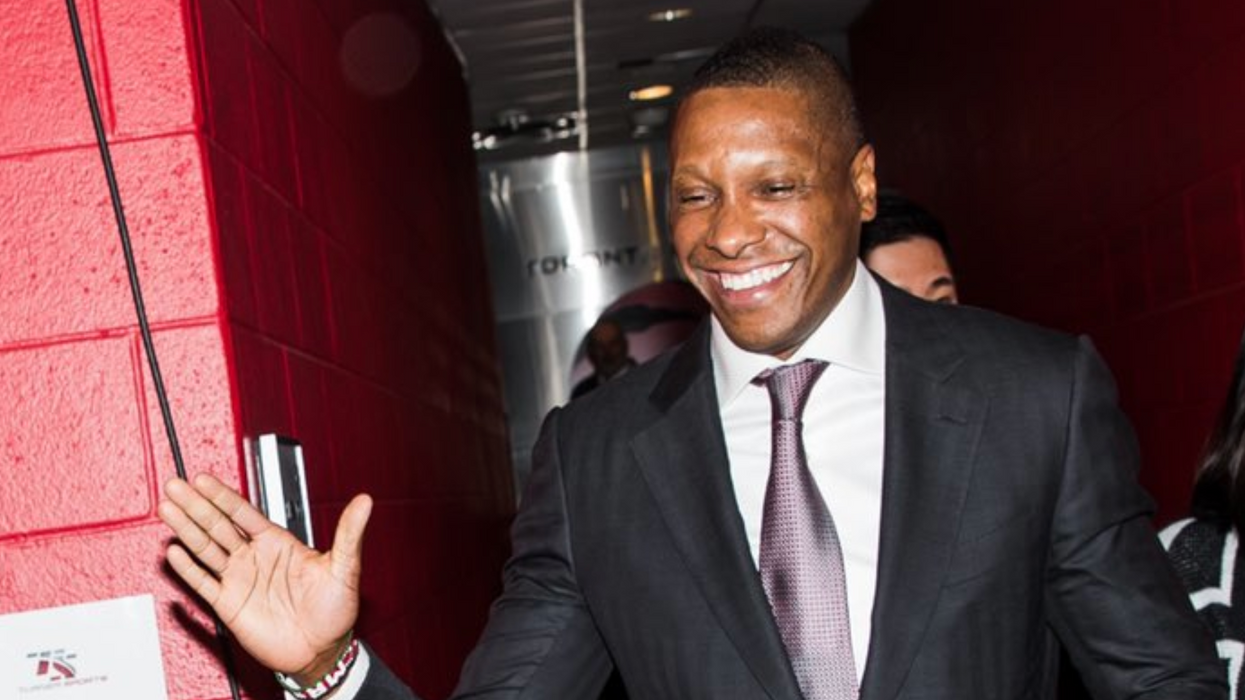 What should have been a beautiful night for Raptors president Masai Ujiri has become shrouded in controversy. Ujiri is being pursued by an Alameda County Sheriff’s deputy over an alleged assault that occurred moments after Toronto beat the Warriors in Game 6 of the NBA Finals. A spokesman for the sheriff’s office claims that they now have bodycam footage of Masai Ujiri assaulting the officer.

According to the Toronto Sun, Sgt. Ray Kelly stated that authorities had obtained police body camera footage and arena security video that prove the deputy’s claims. The deputy alleges that Ujiri struck him in the face during an unprovoked attack following the game’s conclusion.

“The sheriff believes the deputy acted appropriately and was doing his job when Mr. Ujiri assaulted him,” said Kelly during an interview with the Sun. A district attorney is currently pursuing misdemeanour battery of a police officer charges against Ujiri.

The deputy’s claims have been met with backlash in the days since the Raptors' Game 6 win. Greg Wiener, a Warriors season ticket-holder, told Global News that he personally witnessed Ujiri’s altercation with the officer. Wiener said that he did not see the Raptors executive hit the officer in the head.

Social media footage of the incident does not show Ujiri striking the officer, which makes the footage of the assault all the more essential in the case.

“We’ve spent a tremendous amount of time recovering video — some of it very high definition — as we want to make sure it captured the entire incident,” Kelly continued.

So, why hasn’t the body cam footage been released publicly? Apparently, it’s not protocol. “There’s a tremendous public interest in the video, we understand that, but the integrity of the investigation is more important,” he explained. “We’d love nothing more than to release the video, but we have to follow proper investigative and judicial protocol."