Bags were lined up on the floor to be filled with orders. 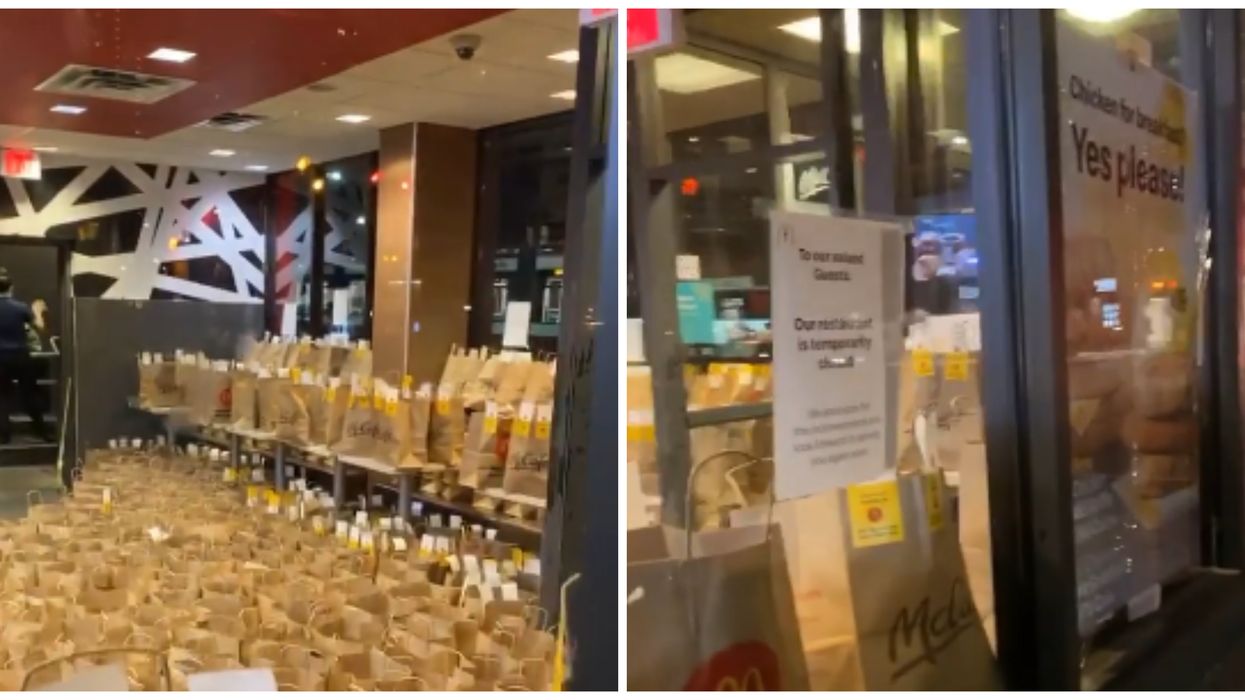 As restaurants across Toronto continue to keep their doors closed to foot traffic, more people are starting to get their favourite foods delivered to their homes. A McDonald's in Toronto showed that they are busier than ever when a video was posted online of empty bags scattered all over the floor. McDonald's reported that the bags were lined up in attempts to prepare for a storm of online orders.

On Sunday, a video appeared on Instagram that shows the McDonald's location on Queen and Spadina filled with empty takeout bags.

In the clip, countless paper bags can be seen covering every inch of floor space in the restaurant as workers do their best to fill them with the flood of incoming orders.

“This was at the Queen Street and Spadina corner McDonald’s last night at around 9:00 p.m," the poster of the video, Katie Hope told Narcity.

"I was simply walking by and saw all these employees filling these bags on the floor, they covered the entire location.”

Hope also mentioned that people were lined up outside the restaurant waiting to collect their food.

"Outside lined up were people picking up orders as well as food delivery people," she concluded.

Narcity reached out to McDonald's about the video and the fast-food company confirmed that this did happen at one of their Toronto locations.

“In anticipation of a very busy night for McDelivery, empty bags were prepared in advance,"  Ryma Boussoufa, a spokesperson for McDonald’s Canada, told Narcity.

However, Boussoufa also admitted that once they heard about this new strategy, the chain ordered the location to discard the bags.

"As soon as we learned of this, we contacted the restaurant and reinforced operational protocols with the restaurant team. All the bags on the floor were discarded and not used for any orders,” she added.

However, it seems that McDonald's has become a popular take out option as people continue to work from home.

Last week, a dog was spotted delivering a bag of the fast-food to its owners who were in quarantine.