Metrolinx releases video of a pedestrian that nearly got struck by a moving GO train as it barreled down the railway. 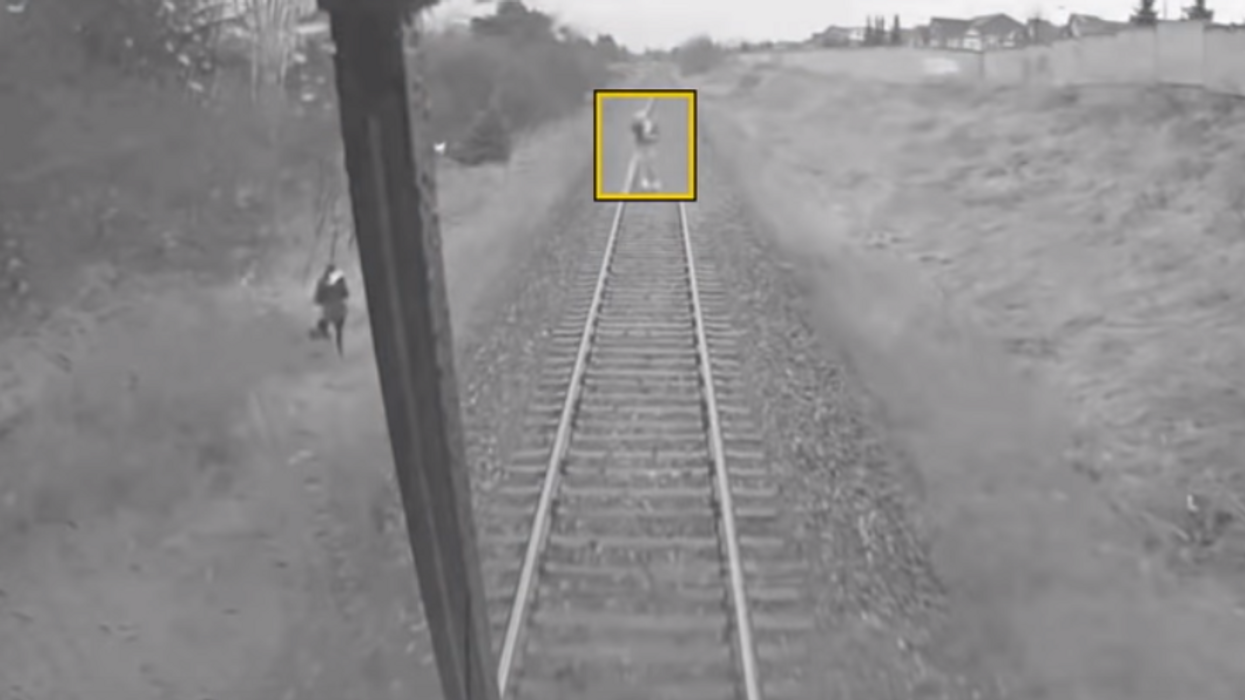 CCTV surveillance video footage was just released by Metrolinx, depicting the gut-churning scene of a person nearly getting hit by a moving GO train.  The video was released earlier this morning as a public service announcement from Metrolinx, urging pedestrians to practice safe railway-crossing procedures at all times, but especially when a speeding train comes barreling in your direction.

Despite the fact that railway crossings are already equipped with gates that are purposed to prevent potentially fatal collisions, countless individuals are stuck by GO trains each year.

READ ALSO: GO Train Service Is Partially Shut Down After A Man Was Killed By A Train Near Scarborough

In the video, Metrolinx implores all pedestrians to ensure that warning symbols of an approaching train are never ignored - namely, the train's lights and horns, as well as the signals and drop-down gates at the railway crossing.

A 2017 statistical review of GO Train-related accidents concluded that at least 85 fatalities resulted from collision incidents since 2010. Of that number, at least 63 were deemed "voluntary" - a term used to describe suicide. Below are just a few recent GO Train-related fatality incidents:

Current situation? @GOtransit Milton line has been involved in a fatality just outside Cooksville we are on the train possibly for a few hours. Enclosed spaces make my anxiety go through the roof which is minuscule, I feel horrible for the one who was involved in accident. pic.twitter.com/2HzPRUiZfw

Reported possible fatality east of Cooksville GO. Trains will not be able to move through the area for about 2 hours. Update to follow.

GO Transit says trains on the Lakeshore West line have been suspended due to a possible pedestrian fatality west of the Exhibition station. Police say the pedestrian is unconscious and not breathing.

So a fatality happened just past erindale station and go transit stopped Milton line trains then they decided to cancel the buses so everyone downtown stays stuck here pic.twitter.com/dgc7tHvgj9

The location of the near-miss is Steeles Avenue, just east of Kennedy Road, in Toronto, according to a source.  The CCTV surveillance video was filmed from the train's exterior in September.

In Metrolinx's blog, the government agency explains to its readers that trains can’t stop on a dime, and all the conductor can do is hope the person hurries up.

"You know that feeling in your belly when you have to brake suddenly to avoid an accident? The nervous, wow-that-was-too-close sensation that lasts for several minutes?" Metrolinx wrote, “Somewhere, there’s a person who should still be living with that unease in the belly months after ignoring warning signals and coming within inches of being struck by a GO train.”