Morgan Rielly Gushes About Living With Tessa Virtue In Self-Isolation 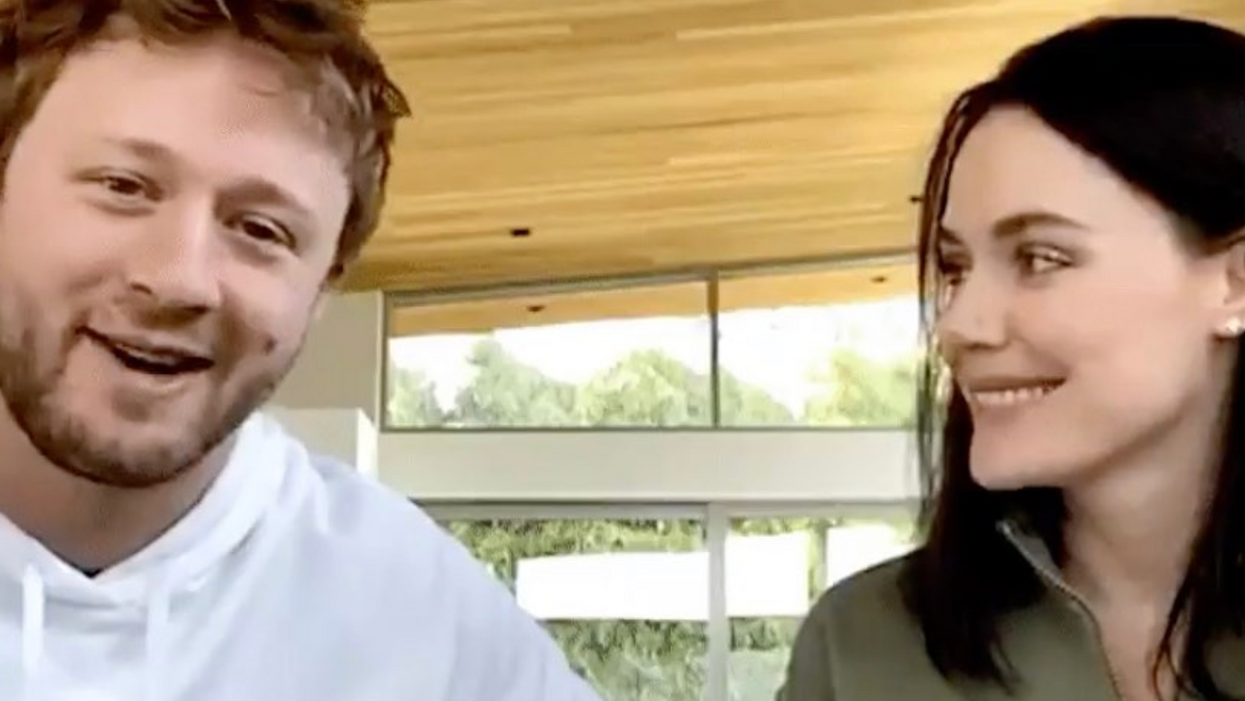 Just when you thought Canada’s newest power couple couldn’t get any cuter, an NHL conference call happened and changed everything. So if you’re as obsessed with the Morgan Rielly and Tessa Virtue romance as we are, buckle up. Rielly just admitted that Virtue is the only thing that’s keeping him sane while he's stuck inside and it was the cutest thing ever.

And if we’re being honest, watching their romance unfold from Vancouver is doing wonders for our own state of mind, too.

In the conference call held on Thursday, April 2, Mo confessed just how happy he was to have Tessa as his isolation buddy.

"We're in it together, trying to keep each other sane, and do our part and just quarantine. I really won't talk about it too much, but I'm really glad I'm not alone,” Rielly stated during the call, per TSN's Kristen Shilton.

Rielly also mentioned that he’s been keeping busy with things like puzzles, staying in shape, and home cooking.

We certainly hope Virtue enjoys chicken, steak, or pasta because as Rielly stated in the call, those are his specialties. Yum!

And much like Virtue, he’s been reading a ton of books as well. Couples who read together stay together, right?

Leafs fans with little to do in the current sportless world, naturally, couldn’t help but be thrilled by Morgan's statements.

After all, it wasn’t long ago that their relationship was just a series of rumours, half-confirmed by Auston Matthews and heart-eye emojis on Instagram.

And even now, after their love was confirmed, Rielly and Virtue keep their personal lives pretty locked-down.

That's not gonna stop fans shipping them at every turn, though.

One fan wrote "Just one cup away from being Toronto's royal couple," and, boy, do we feel that right now.

Surely the lack of hockey has been affecting the 26-year-old Leaf, especially since he was only back for one game before the NHL went on pause.

But between beautiful Vancouver hikes and workouts with Virtue, we’re pretty sure his off-ice time has been nearly as fun as throwing hits and slapping pucks.

While their official ship name remains undetermined ("Toe" might need work, tbh), we can't wait to see what these adorable skaters will do next.