Stay pup to date with the 6ix's sport stars! 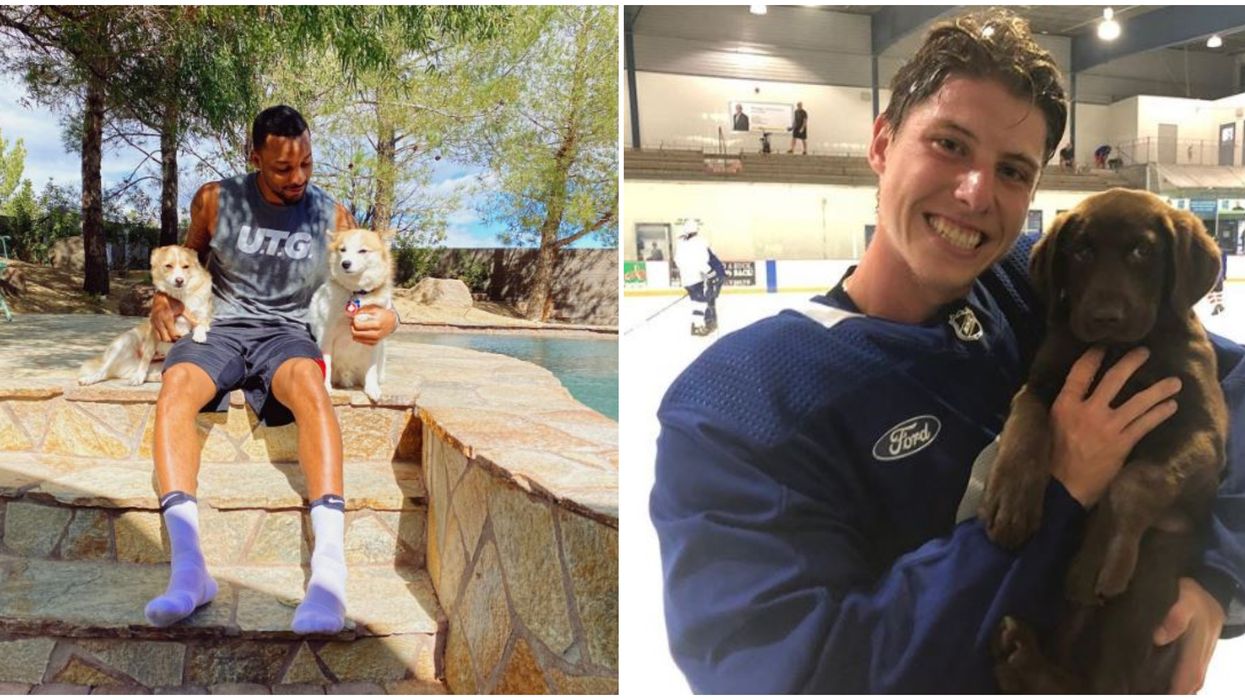 Nothing beats adorable puppy pics on a Monday afternoon, let alone a Monday afternoon during self-isolation. March 23 was the United States' annual National Puppy Day. In Toronto, it seems like everyone, even the city's sports stars, is taking part and showing off their furry friends. From Twitter to Instagram, these athletes are making sure to bless our timeline with their super cute companions just when we need them the most.

For the Toronto Raptors, the squad is still a few days into self-isolation after having come in contact with an opposing player during a game versus the Utah Jazz, Rudy Gobert, who had contracted the virus.

As for the Maple Leafs, the players are still dealing with the NHL season suspension.

The Raps' Serge Ibaka sharing workout and scarf fashion tips and TML star Morgan Rielly is going public with Tessa Virtue have provided us with some social media drama.

But, to be honest, we need plenty more entertainment than usual if we can have sports right now. As cases increase across the province, the potential of seeing any sports season unfold any time soon.

In the meantime, though, the guys are making sure to keep us entertained while we also practice social distancing ourselves.

And if having to work from home has the silver lining of bringing you closer with your own fur baby, we're sure you'll appreciate these snaps of 6ix stars loving life with their cute puppers.

It's hard not to love Norman Powell at the best of times, but when he's sharing snaps of his not one but two delightful doggos? New levels of appreciation.

There's plenty of speculation dedicated to who might be Auston Matthews' leading lady, but I think at heart we've always known it's Nala?

OK so Tyson Barrie's dog clearly absolutely rocks it sometimes, and even when he's not showing off his musical talents, he's totally adorable. Plus, his love for Uncle Auston is clearly real.

We The North, Indeed

Raptors' Malcolm Miller named his gorgeous floofer North. No, not because he's a Kim and Kanye uberfan, but in honour of Canada's first ever championship win and the "We The North" campaign that backed it.

Travis Dermott's dog Niylah is almost dangerously cute. Just look at her try to nibble Travis' face off in this video. Goodness me.

It's hard to decide who's more handsome here. Actually, no disrespect to Mitch Marner, it's not that hard. Zeus is a god among puppies.

Some of these Leafs' pets we've seen before, of course, but then, it might be fair to say these are possibly the cutest dogs we've ever seen.

Anyway, with no chance of heading outdoors, and having to entertain ourselves at home, this list comes in handy.