The Blue Jays Revealed Their New Jerseys & They're A Major Throwback 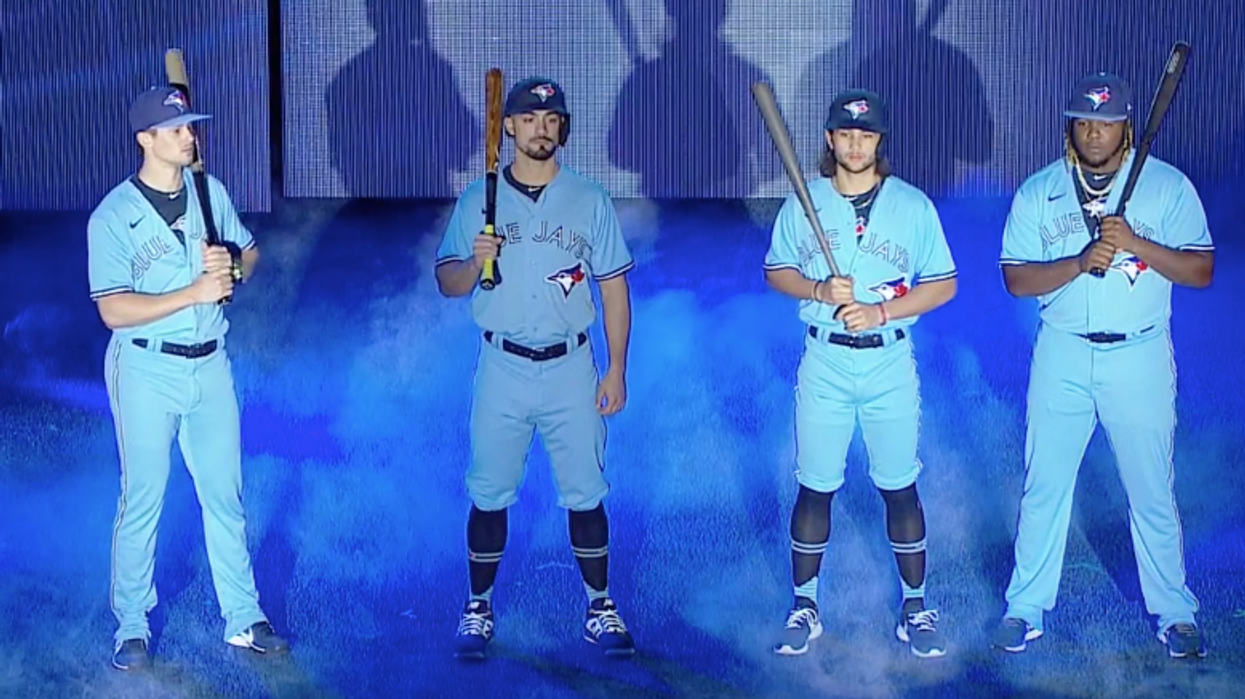 Toronto's baseball team is getting new uniforms. The team calls them their "New Blue" but there's nothing all that "new" about them. In fact, the new Blue Jays jerseys are a throwback to their earliest years in Major League Baseball.

Revealed on January 18 during the third annual Winter Fest event, the uniforms channel the team's classic powder blue look with some modern touches and will be worn as alternates for home and away games.

"For years, Blue Jays fans have expressed a desire for the revival of the baby blues," Mark Shapiro, President & CEO, of the team said in a news release, "As we began thinking about what an adaption of the old uniform could look like, we polled our current players on various designs and the response was unanimously aligned with what we have heard from fans."

The jerseys look almost exactly the same as the ones the Blue Jays wore all the way back in 1977, when the team first played at Exhibition Stadium.

Randal Grichuk, who was one of the players showing off the new look, said of the fresh digs, "they pop, they definitely give a different feel to the Blue Jays and it brings back a lot of history."

Bo Bichette also appeared on stage in the new outfit, saying "I figured the fans would love it, it's old school and would bring back some feels."

"Love that the Toronto @BlueJays are bringing back this classic jersey! Amazing video as well! #LetsGoBlueJays #NEWBLUE" wrote @cbonura11.

@theScore @BlueJays Some of the best jerseys in all of the MLB. Maybe my favourite right now. I LOVE powder blue
— Josh Gosse (@Josh Gosse)1579369080.0

Twitter user @JTDutch shared two photos of the original powder coloured Jays uniforms from 1977 and 1978 for comparison, writing "The Jays haven't done dark blue lettering on a powder blue jersey since 1977 and '78, their first two years in MLB."

Fans will be able to get their own powder-blue jersey from the Rogers Centre or online starting February 1.