And you NEED to check it out! 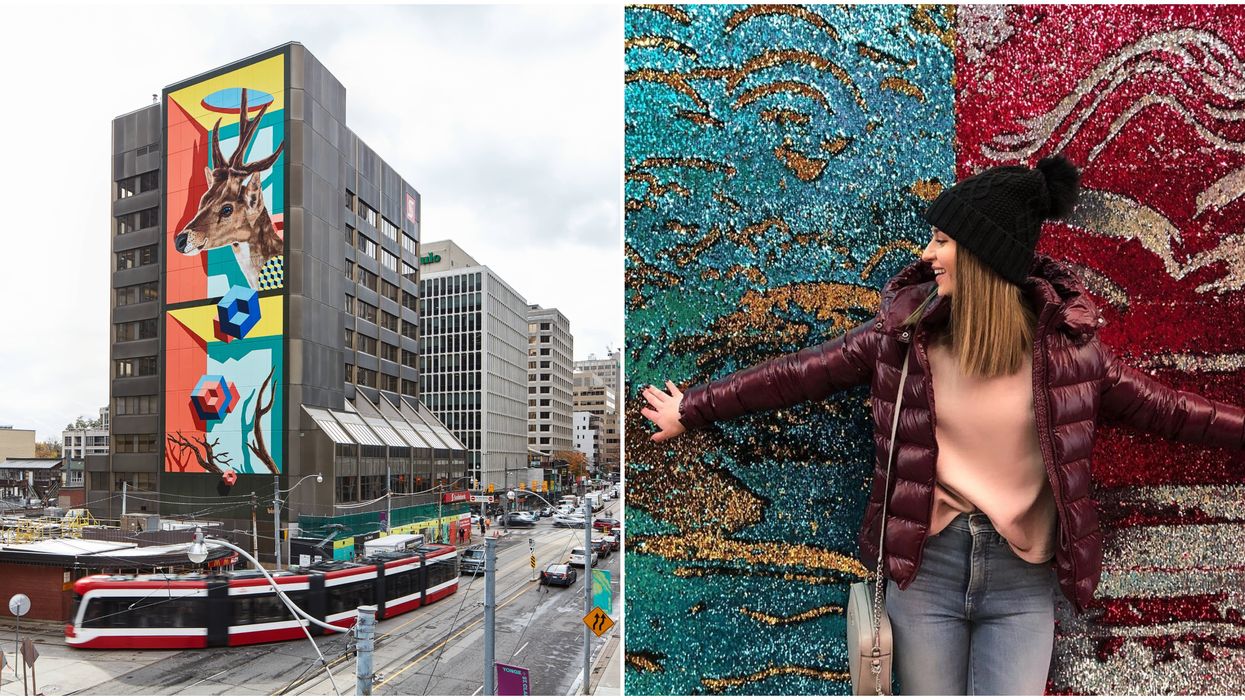 Toronto has always been a hotspot for art. From the many culturally rich art galleries to the fascinating street installations, there’s always something beautiful to marvel at in the 6ix. This year was no exception, as the neighbourhood of Yonge and St. Clair became a central hub for eight brand new Toronto art projects.

Between tunnels filled with sparkling sequins, giant inflatable plastic containers that spoke to the issue of single-use plastics, and thoughtful installations that raised funds for brain health and research, 2019 was an artful year for the city.

According to a press release sent to Narcity, the Yonge and St. Clair area holds a special place in the artist’s heart.

“I moved to Toronto when I was 18 years old and the first place I landed was at Yonge and St. Clair. It’s a special moment in my career to return to the area and paint the largest mural I’ve ever done,” said birdO.

The release goes on to explain that birdO’s Deer Park mural, commissioned by Slate Asset Management, is the first to be funded by StreetARToronto’s Monumental program.

The program allows street artists to work with property owners in an effort to create these types of murals all over the city.

Other art projects that brightened up the city this year include pieces like “Condo Man” which featured a 25-foot sculpture of a man holding a condo on St. Clair West, The Fall Art Festival, DesignTO, The Brain Project, The Bottle Project, and the returning Tunnel of Glam.

According to Lisa Pires, a Media Relations Lead associated with these projects, thinks the Yonge and St. Clair area will only continue to grow artistically.

“There have actually been more than a dozen art installations in the area over the last few years. I think Yonge and St. Clair is on its way to becoming an art district,” Pires told Narcity.

So if you need a little colour in your life, or are simply looking for affordable Toronto date ideas, why not take a stroll around Yonge and St. Clair, which at this point really does feel like a giant outdoor gallery.