Nurse has still got it. 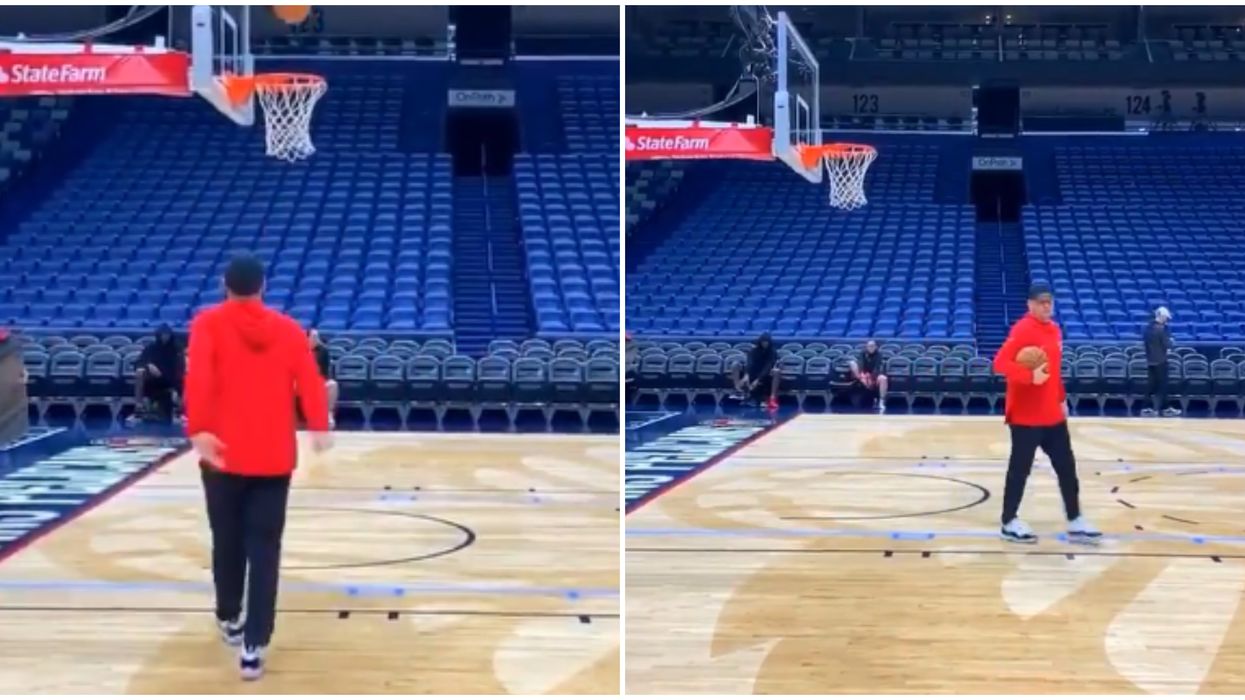 The Toronto Raptors championship win will always be synonymous with head coach Nick Nurse. The Iowa native might as well be a certified Canadian now, I mean, he helped guide our only NBA team to its first Larry O’Brien trophy, and he coached team Canada in FIBA this year. However, when fans think of Nurse, they probably picture him as the man who has spent his entire career on the sidelines, which isn’t true. I mean, sure he's spent most of his time coaching, but deep down Nicky is an old school baller.

The Raptors recently shared a video on their Twitter page of Nurse shooting a couple of hoops before practice.

In the clip, Nurse can be seen finessing his way around the hoop before hitting a clean two-pointer. It's hard to tell, but it looks like at the end of the video, the coach clocks the camera before walking away calmly.

Raptors fans were quick to praise Nurse for the shot, admiring the fact that he still has some game in him.

“Nurse’s kick game on point,” wrote one fan about 52-year-old’s swish. “Nurse got some cake,” added another.

It didn’t take long for a few more to fall in line.

According to The Gazette, Nurse played at the University of Northern Iowa from 1985 to 1989, appearing in 111 games.

He also happens to be the school's all-time 3-point percentage leader, not bad, not bad at all.

Nurse later went on to become an assistant coach for the team during the 1989–90 season.

After graduating from Northern Iowa in May, 1990 Nurse became a player-coach for the Derby Rams in the British Basketball League for the 1990–91 season.

It has been a long journey to Toronto for Nurse, but it becomes evidently clear that his work with the Raptors could be a defining moment for him.

Here’s hope he sticks around for a few more glorious years.