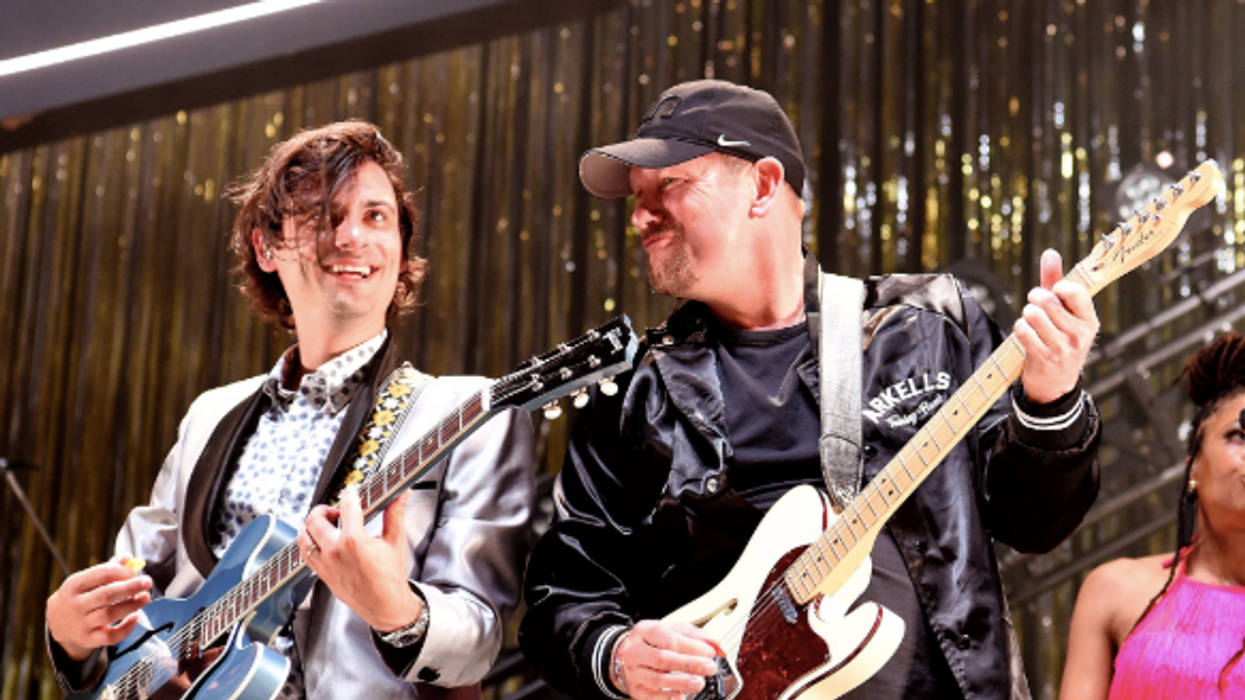 Canadians may just know Nick Nurse as an amazing coach who brought the Raptors to victory, but it also looks like he has a hidden talent that could land him a part-time gig in the music industry. Last night, fans who gathered to the Budweiser Stage in Toronto to watch a live performance from the Arkells were shocked when Nick Nurse came onto the stage to rock out on the guitar. Nick Nurse did so well that the Arkells are even introducing him as the newest member of their band.

Last night, the Arkells took to the city of Toronto as part of their Rally Cry tour. Playing at the sold-out Budweiser Stage, they played some of their newest hits as well as some covers. During their cover of Stevie Wonder's "Signed, Sealed, Delivered" Raptors coach Nick Nurse appeared on stage, playing guitar with the band throughout the song. Of course, when the Arkells announced his appearance, the crowd went absolutely wild as he took to the stage.

Earlier this month, the Arkells took to Twitter inviting the coach to play with them in the future, "Nick Nurse: you're welcome to guitar solo at any Arkells show for the rest of the time,". Of course, weeks later when the Arkells landed their show in the city of the Raptors, it seems that Nick Nurse was more than happy to take the popular Canadian band up on their offer.

After the show, the Arkells seemed more than pleased with how the performance went, introducing Nick Nurse as their newest member of the Arkells. They also thanked the Raptors for letting the band borrow him.

However, despite his awesome performance, it looks like Nick Nurse won't be making this his full-time gig, and will be sticking with coaching the Raptors into next season. The Arkells stated on Twitter that "he will not be able to tour during the NBA season".

Of course, fans couldn't seem to get enough of the basketball hero rocking out on his guitar, many were even shocked about his hidden talent.

Some fans even joked that Nick Nurse performing with the Arkells has finally made him Canadian.

Now that we know about his championship winning coaching skills AND his rockstar secret life, I wonder if the Raptors coach has any other hidden talents?