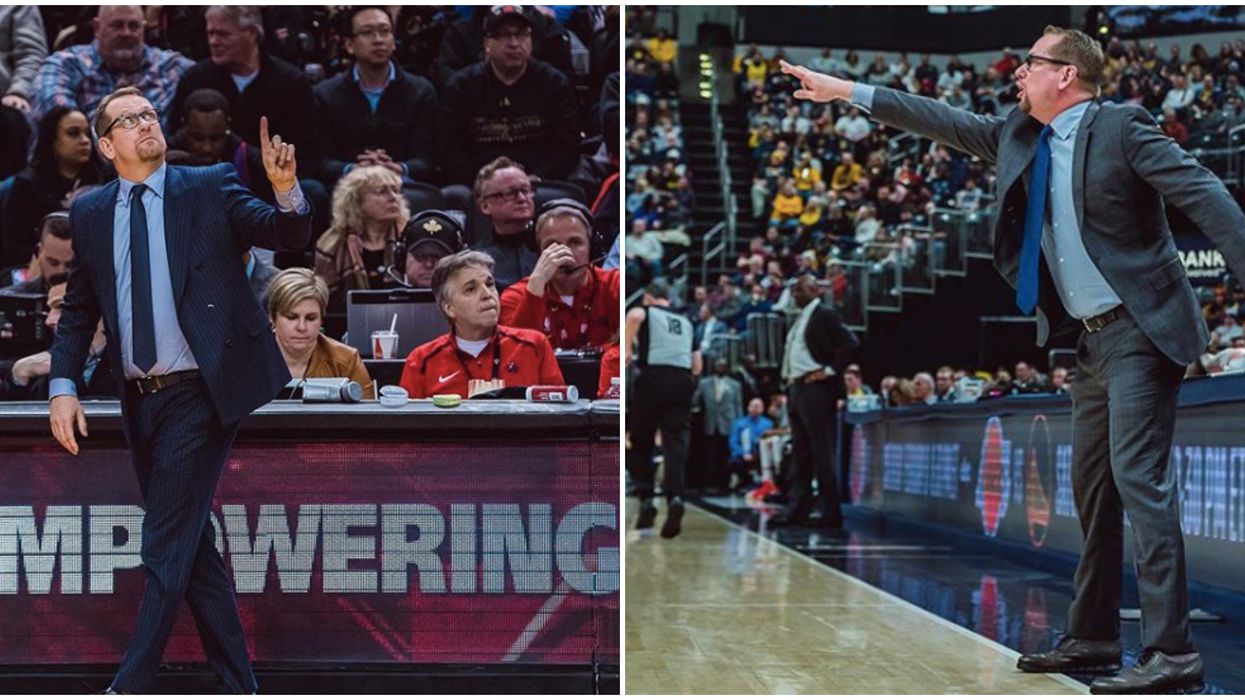 On Wednesday night, the Raps bench boss was asked if he would be attending Ontario band Arkells' June gig in their home city of Hamilton.

Nurse and Arkells have history, of course. The NBA-winning coach performed with the group on stage back in June 2019, and the coach revealed this week he's working on new music with the band.

But he'll be damned if he's going to make plans to attend this year's June gig.

With talk of him potentially being focused on his Team Canada duties in Olympics year, Nurse came up with a classic response.

"There is a big Arkells concert this summer... sounds like you’re going to be pretty busy with Team Canada though. You planning on making the concert?" asked Sid, per Yahoo! Sports Canada.

"I’m planning on being in the NBA Finals the weekend of that concert. So, no," responded Nurse.

How about that for having confidence in your team going back-to-back with the championships?

We all know how brutally honest Nurse can be, having seen him pull no punches with players like Norm Powell.

And Raptors fans seem to think this insistence that the team will go to the final hurdle for the second year running is the best example yet of the famed "Big Nick Energy."

"This just feels honest, because I think he'd have gone one step too far if he said he would be busy winning the finals," says one fan on Reddit.

Yes, perhaps that might have been perceived as a little too bold.

But then who can really blame the first-time NBA champion coach for being confident?

After all, US Open champion Andreescu has already proven the apparent power of visualizing success.

At least if Nurse won't be in attendance at the gig (and Raptors fans will hope he's right about that), his influence will still be felt.

After all, last week, a hilarious video showed him coaching frontman Max Kerman and the rest of Arkells ahead of the band's June date.

Anyway, there you have it. "BNE" is alive and real.