No Frills Lines Are Out Of Control In Toronto Today (PHOTOS)

One store had a lineup around the building just to get in. 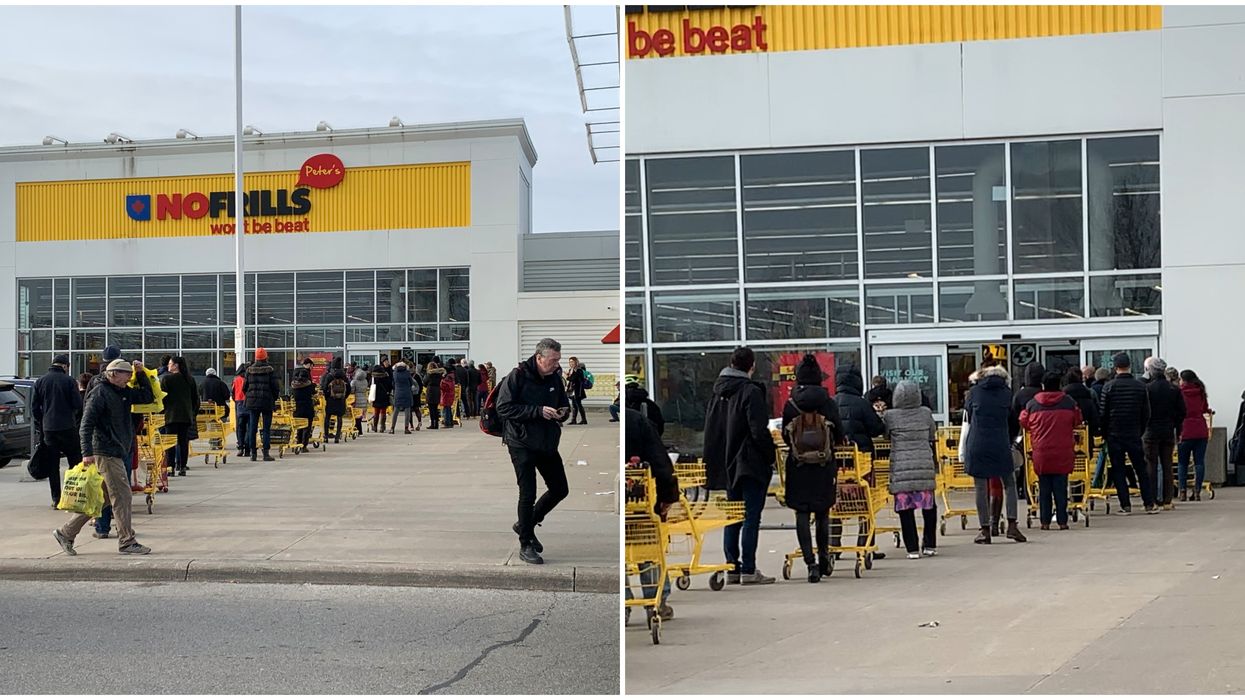 The race to stock up on toilet paper and household items continues. Shoppers have been clearing store shelves over the last several days. On Thursday, some local stores had lineups out the door. People are sharing photos of No Frills lineups in Toronto on Twitter, along with snapshots of bare aisles.

No Frills at Lansdowne and Dundas was at full capacity this evening. Shoppers have been waiting in lines that wrap around the building just to get in.

Earlier in the day, shelves were left without toilet paper and certain cleaning products like Lysol wipes and disinfectant sprays were completely sold out.

"I went on a hunt today for TP. No joke, there really is a shortage. None in No Frills at the Duff," reads a tweet referring to the No Frills at Dufferin Mall.

"I managed to get one of the last 5 packages at my local Metro. Just got one cuz you gotta spare a square," it continues. Others gave similar accounts.

"Walked into No Frills with a man coming out of the checkout with 5 packs of toilet paper," reads another tweet.

"Ask him what did he think the toilet paper could help him with, and he said he doesn’t know he just saw a lot of people on the news buying it so he felt like he should stock up," it continues.

Stores like Costco across Canada have also faced the TP shortage issue and several other items have also been ripped off the shelves as people stock up.

But that's not all, Toronto had also faced a hand sanitizer shortage as shelves were cleaned out back in January of this year. Pharmacies in Ottawa also faced a face mask shortage as people scrambled to get their hands in hopes it protects them from getting the virus.

The Ontario Government released a statement declaring that all public Ontario schools be cancelled for two weeks following March Break.

This news comes shortly after the NBA, NHL, MLS, and MLB all suspended their seasons and openers for the next few weeks to 30 days.