You Can Meet The Raptors' Norman Powell In Walmart This Weekend

Meet Norm on a normal day! 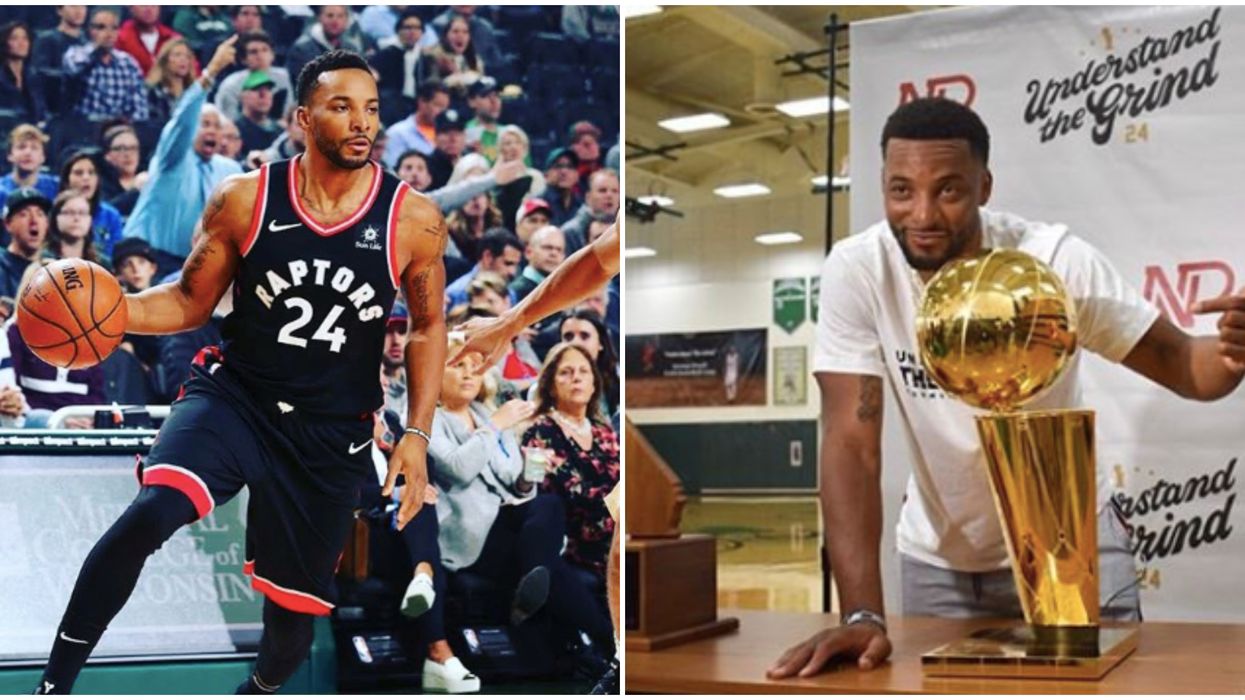 There's no doubt the Raptors love Toronto and Torontonians love them back. Many a Raptor has professed his love for the city and its people over the years, and fans now have another chance to meet one of their heroes in the flesh. Norman Powell will be holding an autograph signing in a Scarborough Walmart on Sunday, October 27, to celebrate the release of the official Toronto Raptors Championship video.

Powell will be at Walmart Scarborough West Supercentre on Sunday from 2 p.m. signing copies of the championship DVD for adoring fans. You'll have the chance to buy the DVD at Walmart and join in the celebration to honour the new film.

The 26-year-old Californian featured for the Raptors in their 2019-20 season-opening win over the New Orleans Pelicans at Scotiabank Arena on Tuesday night. Powell recorded five points, eight rebounds, and two assists in 24 minutes off the bench.

That came after he had received some heat online — mostly lighthearted, in fairness — a few days ago after commenting on Serge Ibaka's shirtless Instagram pic, telling his popular teammate to put on a shirt.

Opportunities like this to meet your on-court heroes are pretty rare, although Raptors are not strangers to showing up for fan events. For instance, last month, Fred VanVleet attended an event at Shoeless Joe's in Vaughan and fans were able to get tickets to meet the Raptors star.

The Raptors clearly love Toronto. In fact, there are numerous places across the city where players have been spotted, and it's something of a thrill for fans who have been able to catch them just being normal members of society rather than, you know, the NBA champions they are.

According to the press release, the team's championship DVD, which includes exclusive behind-the-scenes footage, is now available for purchase at all major retailers including Walmart, as well as online at the NBA store and Amazon.

You can find Powell at Walmart Scarborough West Supercentre at 1900 Eglinton Ave. E. in Scarborough on Sunday. Make sure to arrive early before the line gets too long.