Number 24 in the sky forever? 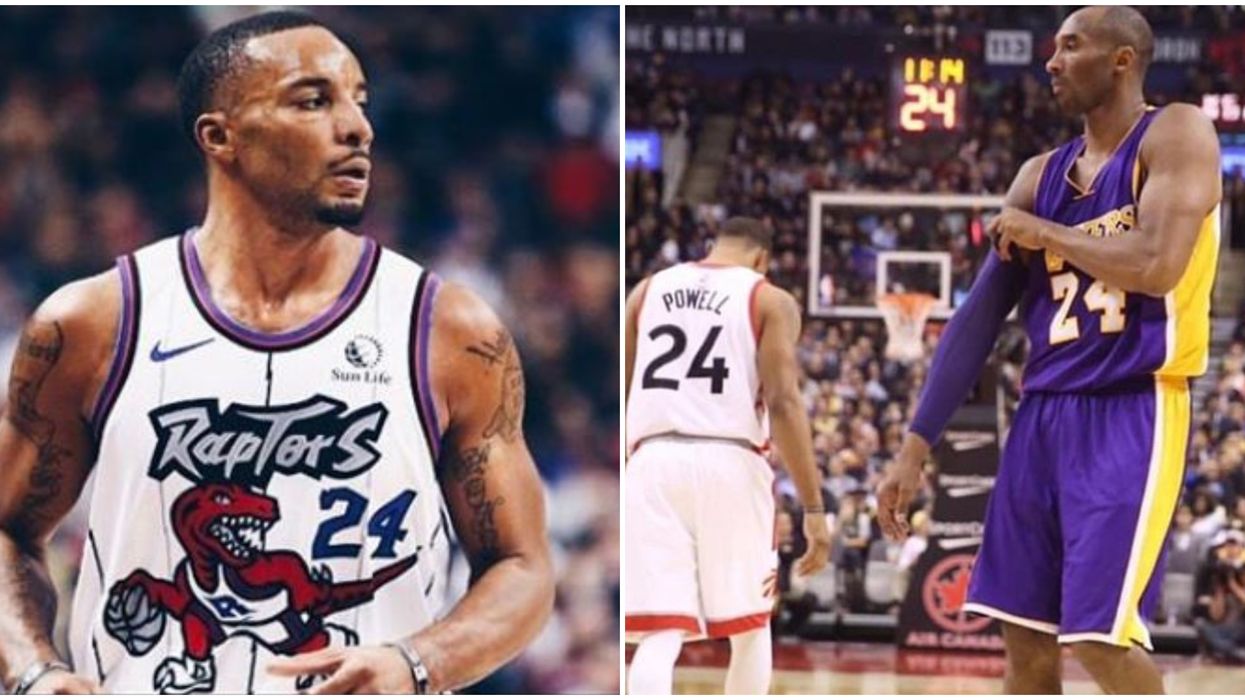 After a tragic helicopter crash took the lives of Kobe Bryant and his 13-year-old daughter Gianna on January 26, the NBA and fans across the world are absolutely distraught over the news. With so many current and past players looking to Kobe for inspiration, some even sported the number 24 in honour of him. And that's true for Norman Powell's jersey. While talking to reporters after the San Antonio Spurs vs. Toronto Raptors game, Norm insisted he would have no problem switching numbers if the league wants to retire the No. 24.

Bryant and one of his daughters perished in the tragic helicopter crash in California on Sunday, just hours before a slate of NBA games took place.

During the Raptors' home clash with the San Antonio Spurs, both teams took intentional 24-second violations in honour of Kobe just as the game kicked off.

Powell, who currently sports the number 24 in Toronto, revealed during an interview that he wears that shirt because of Kobe himself.

And he admitted he wouldn't be at all afraid to relinquish his hold on the number if the league wants to memorialize the L.A. Lakers legend by retiring the jersey league-wide.

"The reason why I wear 24 is because of Kobe. Whatever it takes to honour him one of the greatest to ever do it," said Powell after the game, per Raptors Republic.

"If they want to retire 24, I'll find a new number, go to eight, go to something, but find a way to relate back to Kobe somehow, some way."

Norm added that Sunday's game was "up there" with the toughest he has ever had to play.

"He meant everything,” Powell explained.

“I mean, I modelled (on him) my whole mentality of being an ultimate competitor, grinding and working day in and day out, sacrificing a lot of things to get to where you want to be."

"I tried to implement that in my game, just the way I go about basketball, life, competing, working to be the best. Maximizing my God-given abilities, just like he did.”

And some fans believe that the push to change Powell's and other players' jersey numbers is the right approach to honour and show respect to such an iconic figure.

Bryant's two Lakers jersey numbers, 8 and 24, have both already been retired by the team back in 2017.

One other NBA team so far, the Dallas Mavericks, has already announced that no player will ever wear 24 again in honour of Bryant.

It goes to show how his legacy is seen to transcend team rivalries across the league.

Before the season, @Eric__Smith caught up with Norman Powell at @Raptors practice to talk about how much he actuall… https://t.co/RJuvvn1lAz
— Sportsnet (@Sportsnet)1580076162.0

Even before the 2019-2020 season started, Powell was speaking of how much he learned about basketball while working out with Kobe Bryant.

Just like Norm and most of the league, former Raptor DeMar DeRozan was visibly upset before and after the games. As Deebo considered Kobe a mentor, the news hit him hard and he was consoled by his friend Kyle Lowry.

In honour of Kobe, Toronto was also lit up in purple and yellow as a huge tribute to the "Black Mamba."

For players, fans and those who knew and respected Kobe, this tragedy has struck everyone.

It remains to be seen how the NBA chooses to honour him. If they want to hang his jersey from the rafters, though, it seems they have Stormin' Norman's support.