The fire burned for several hours on Friday night. 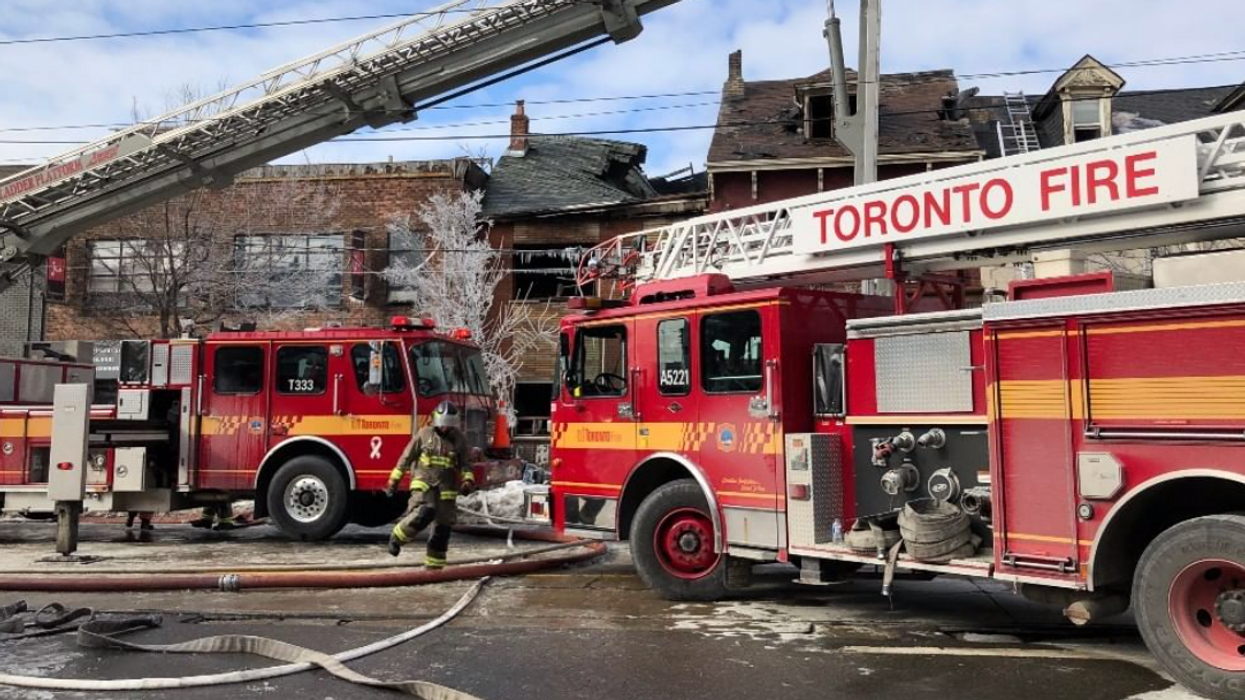 Emergency services in Toronto have confirmed that a body has been discovered on the badly-burned balcony of a building that was engulfed in flames on Friday night. The North York apartment fire swept through at least three floors, and as many as 700 people have been left displaced.

Toronto’s emergency services were contacted at around 5:30 p.m. on Friday night, and responded to calls that an apartment blaze had broken out at 235 Gosford Blvd. in North York.

According to reports, flames and smoke seeped out of the 15-storey building for several hours. At one point, some terrified tenants went out on their balconies where witnesses say they could be heard screaming for help.

More than 100 firefighters and 24 firetrucks were at the scene, eventually managing to control the flames at around midnight.

While police initially reported that no one had been seriously hurt during the terrifying event, Toronto fire chief Matthew Pegg confirmed on Saturday that a body had been discovered on a badly burned balcony.

Pegg told reporters that the apartment fire “escalated very quickly” and that the crews “encountered very significant fires on multiple floors and corresponding heavy smoke,” preventing firefighters from getting the residents out quickly.

"Our thoughts and prayers are with the family and those affected by this tragic loss," the fire chief said in a tweet on Saturday morning.

During the course of @Toronto_Fire and OFMEM fire investigation operations, one deceased person has been located on… https://t.co/w8Ky6WBSz2
— Matthew Pegg (@Matthew Pegg)1573907008.0

All electricity to the building has had to be disconnected for safety reasons, and more than 700 tenants have been asked to move out. Toronto Police say residents are being asked to stay with friends and family and efforts are underway to help the displaced.

While the blaze burned on Friday night, tenants were forced to use TTC buses for shelter, with some sleeping in them.

Toronto Deputy Chief Jim Jessop told reporters at the scene on Saturday morning that firefighters worked throughout the night to bring the flames under control and he described their brave efforts as "heroic."

The comprehensive investigation into exactly where this fire started, what caused the fire and the circumstances co… https://t.co/oIlNAjMcAb
— Matthew Pegg (@Matthew Pegg)1573907132.0

"The comprehensive investigation into exactly where this fire started, what caused the fire and the circumstances contributing to its spread and growth are continuing," Pegg concluded on Saturday morning.

The Gosford Boulevard building will remain fully evacuated for an unknown amount of time.