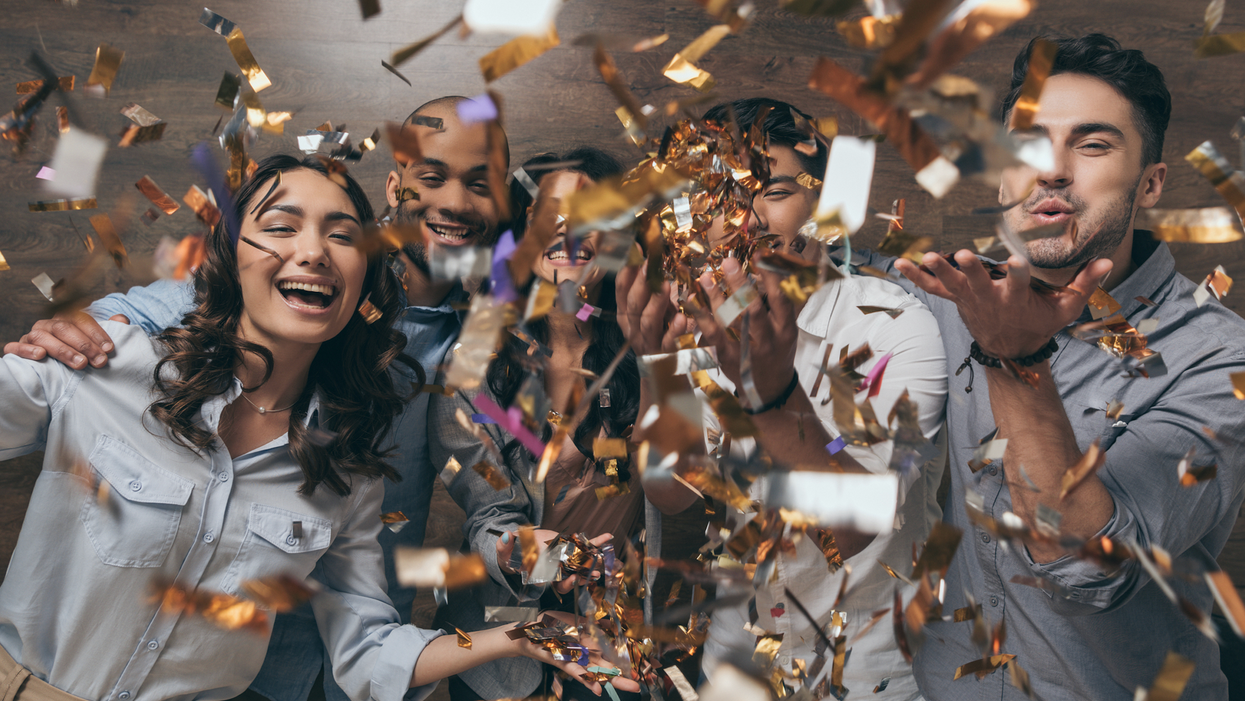 A group of Ontarians have won the lottery jackpot and we're beyond jealous. Nine Ontario coworkers win $60 million dollar lottery and they immediately quit their jobs at a Guelph auto parts manufacturer. Dividing the $60 million dollar jackpot, each person will receive around $6.6 million and are now probably able to live out their best lives without worrying about money. They definitely aren't worried about jobs, given they quit right away.

READ ALSO: Canadian Netflix Users Will No Longer Be Able To Share Accounts If This New Technology Gets Approved

The co-workers all worked together on the assembly floor at Guelph’s Linemar Corporation before winning the jackpot and quitting their jobs, according to the news release. The winners of the lottery are as young as 21 years old to as old as 57 years old.

READ ALSO: You Can Get 50% Off All Lattes At Starbucks Across Canada Today

The group was already very close prior to their big win. "We’re a very close line – closer than any of the other lines," group leader Ala Hirmiz said in an OLG press release. "We always talk and joke and celebrate each other’s birthdays. And now we get to celebrate this unbelievable win together!"

They each only chipped in $5 and ended up taking home over $6 million dollars each. "I almost didn't hand over my $5 when it was time to buy our ticket," exclaimed group member, Mercedes Granadino. "But I had this sixth sense, like some spirit sitting on my shoulder telling me to play!" The winners already have dreams in mind of what they will do with the money, according to the news release from OLG. Some are looking to buy new vehicles, new homes and family vacations to Disneyland. They also want to spend some time relaxing. "I've been in Canada for less than a year and so far I've only known work – I'm excited to explore the country," shared Bassam Abdi.

They have quit their jobs and some are looking to further their education or look to other opportunities. One of the winners, Tariku Birru, has dreamed of opening an Ethiopian restaurant and another winner, Sampath Pathiraja Mudiyansel, will invest in his home country by buying a coconut plantation in Sri Lanka.

Unsurprisingly, the group is totally ecstatic about their win. "We are so blessed, happy and thankful," said Ala in the news release.