There could be power outages as well. 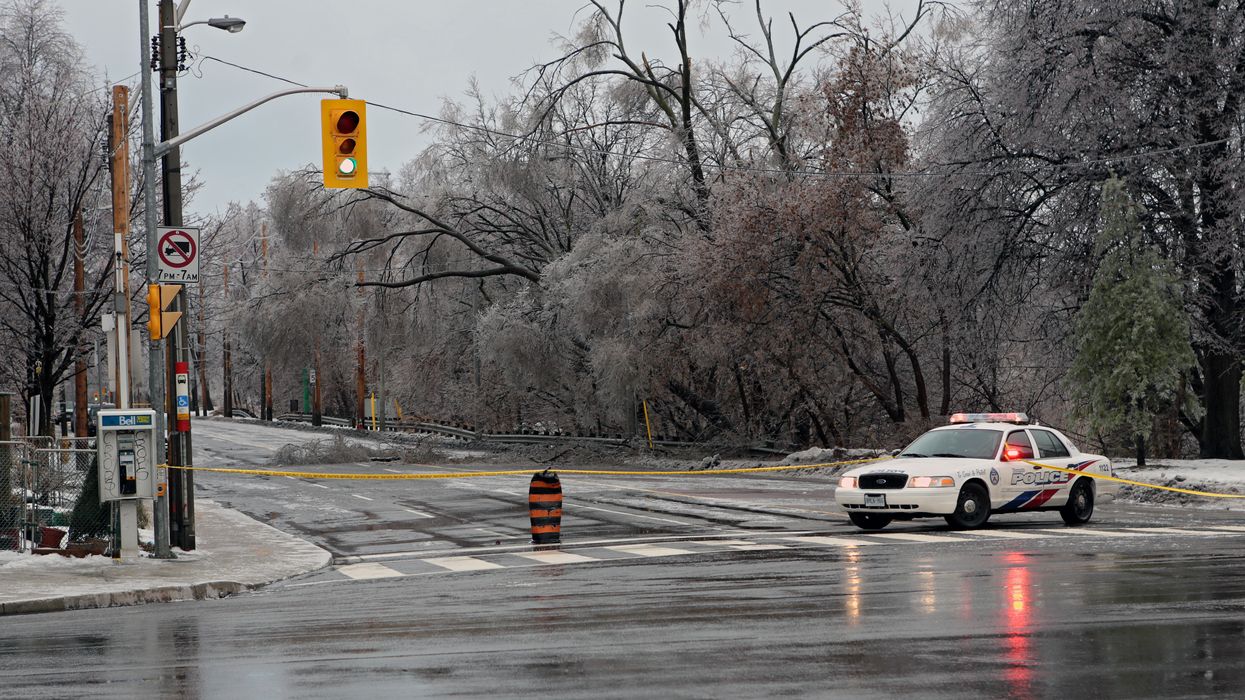 Many in Ontario woke up to some extremely icy surroundings on Monday morning. There has been a public weather alert issued for eastern and southern Ontario due to freezing rain and ice pellets. The Ontario ice storm began on Sunday night and is still a significant cause for concern. Currently, police are warning residents to stay off the roads today as the ice continues to fall. OPP officer Marc Hemmerick has said "if you don't have to drive today, don't," according to CBC. The wind will also be going at around 40 to 60 km/h just north of the GTA, according to Environment Canada. In the Toronto area, we can expect powerful winds of 70 to 80 km/h, The Weather Network reports.Later on in the afternoon, Toronto is expected to have temperatures rise to 9 C, which will eliminate any further freezing rain risk.Further north, near Sault St. Marie, the freezing rain will be prolonged and will give way to snow and major winds later in the afternoon. The conditions will be the worst in central Ontario, while southern Ontario battles some heavy winds, especially along the lake. However, it's only expected to get worse because tomorrow, December 31, it is expected to snow. It's going to be a messy day across the board.

Those who are in areas that have lots of ice accumulation are advised to watch out for breaking trees, which is a hazard at this time. Haliburton, Huntsville, and Bancroft are among the areas with the worst conditions, so if you are around there, be extra cautious.The heavy winds could lead to power outages as well, and Hydro One is already prepping for this.

By Tuesday, it is expected to snow across the province. This is expected to affect commute as well. These next few days will not be ideal to drive, so take extra time ahead of your commute so that you can drive slow.

The GTA is expecting 20-30 millimetres of rain total from Sunday to Monday, but luckily, it's not expected to freeze over. On Tuesday, 2 to 4 cm of snow is expected which could mean very wet and slushy conditions. Bring out an extra pair of socks for the next few days, because you may need them.