Ontario man was the target of a distraction crime, prompting a warning by York Regional Police. 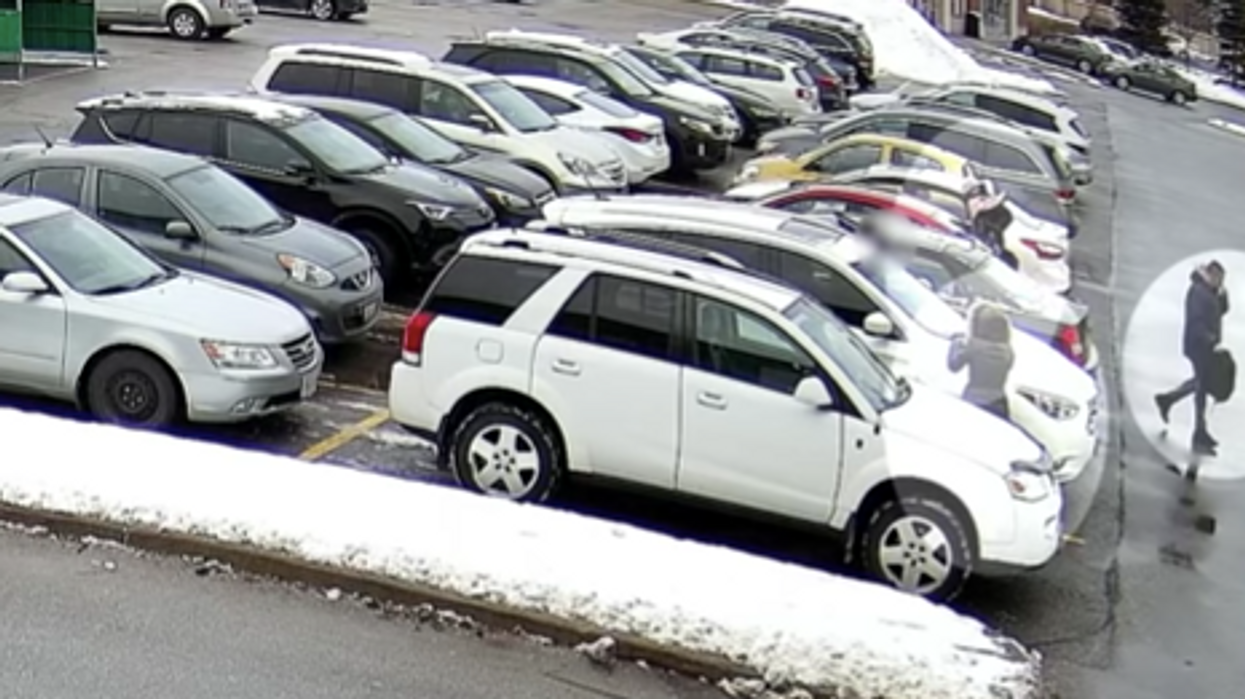 Police in York Region are warning people about distraction crimes after an Ontario man was the target of the most confusing and complicated theft ever. In a video shared by the police, the man pulls into a parking lot and over a period of 25 minutes is robbed by a group of at least four people.

Police reveal that the man was targeted because the thieves saw him leaving a cash advance store and followed him to this parking lot. Not long after he pulls into the parking lot, the group gets to work. It starts with three of the thieves. One is standing lookout, another quickly slashes the victim's back tire, and the third goes to get the man's attention.

Then the first lookout walks away, while another member of the team appears as the new lookout. Meanwhile, the suspect who slashed the tire is walking away as the third person is going to get the victim's attention.

While the third person is now distracting the victim with his flat tire, the other two suspects who had just walked away are now coming back, looking for the right moment to rob the victim. They successfully take the bag, and the whole group flees the scene quietly but quickly. The victim doesn't even realize he's been robbed until moments after.

This is confusing enough when you're reading it, but looking at the video shows just how complicated and confusing this whole robbery really was. Thankfully police have broken it down in the video too, but it's still hard to follow.

The exact crime pictured happening in a Richmond Hill plaza earlier this month, but police confirmed in a statement that these distraction crimes have been occurring more frequently in York Region lately.

In their statement, they also warn people, "if you are approached in a parking lot by someone claiming your tire is flat, your vehicle is damaged, or you have dropped money on the ground, immediately retrieve your purse or wallet, turn off your vehicle and take your keys out of the ignition."

York Regional Police have not confirmed whether the suspects involved in this particular theft have been arrested or charged yet. As of right now though, they are reminding citizens to be careful and vigilant.