The root of the opioid crisis could be your local pharmacist. 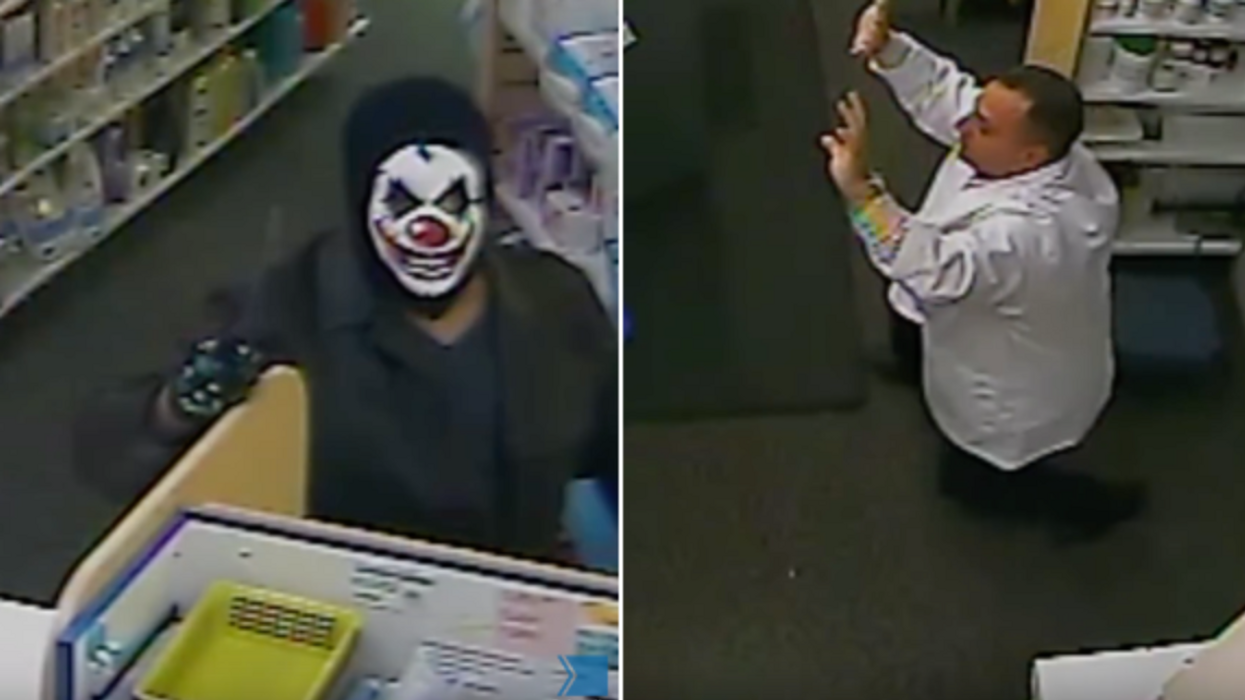 "Fentanyl is getting into street drugs" is a phrase a lot of Ontarians have become well acquainted with. From TV advertisements to posters, the topic of Fentanyl and the opioid crisis is everywhere yet nowhere at the same time. While everybody is somewhat aware of the crisis happening right under our noses, many don't realize just how close to home it's really happening.

In 2017, opioid-related deaths reached an all-time high across Canada and that number continues to rise. Even with the government and media pushing Canadians who use recreational drugs to exercise more caution and to only use drugs if they are aware of their origin, the epidemic shows no sign of slowing down.

Unfortunately, while you would think people in the medical field such as doctors and pharmacists would be actively trying to help existing addicts, or at least in the fight to get fentanyl off the streets, you couldn't be more wrong.

Footage was released this morning by Global News that appeared to be an innocent pharmacist being robbed at his Ottawa I.D.A pharmacy. In actuality, it was the pharmacist pictured, who's name is Waseem Shaheen who had coordinated the entire robbery. The stunt was staged in order for Shaheem to conceal his own dealing of fentanyl on the streets.

An audio recording was leaked by the man on the phone call with Shaheen, in which Shaneen requested for someone to come to the store and pretend to rob the spot. Once the "robber" had left with the opioids on the planned day of the heist, the Ottawa pharmacist phoned the police claiming he had been robbed of "everything." What had been "taken" in actuality was at least 5,000 fentanyl patches.

While the "robbery" had been done on October 26th of 2014, the fentanyl and opioid crisis has only gotten worse in the four years since. Not only in the number of deaths but also how many seemingly innocent people are getting involved. The video exposes that the drug crisis isn't necessarily only a product of drug dealers, the silk road or some unknown evil. Rather, it could likely be your neighbourhood pharmacist looking to cash in on an epidemic that's killing thousands.

A police investigation ensued after the robbery, especially after Shaheen's own assistant, contacted his peers after Shaheen had begun to order suspiciously large quantities of fentanyl patches. It was discovered during that investigation that the insane amount of fentanyl Shaheen had trafficked was valued on the street for over a million dollars. Sadly, Shaheen is not the only pharmacist taking advantage of his access to opioids. Between 2013 and 2017, it's been found that 241 pharmacists have been sending opioids onto the street to be sold on the black market. It doesn't stop there, either - those same pharmacists have defrauded benefit plans, sexually assaulted and harassed their own patients, and serially committed major dispensing mistakes.

To go with that, it was discovered that a whopping 3.5 million doses of drugs from pharmacies went missing in Ontario in that same time frame. In 2013, drug losses were at 2,200 doses, last year it was a whopping 30,000. Most of those doses that had gone missing were opioids, with 75% of the loss reports left with "unexplained" as the reason for the loss. If it hadn't been for the man who helped Shaheen carry out the plan deciding to leak the phone call to police, Shaheen very well could have never been caught. This is the reality for who knows how many other pharmacists dealing opioids under the table and going undetected.

While police are getting better at nabbing pharmacists who are ordering large quantities of opioids, it's clear the epidemic has tainted the pharmaceutical world. Meaning Canadians more now than ever need to be diligent of themselves as well as their family and friends if they are partaking in the drug scene, and to make sure you know exactly where your drugs are coming from and what's in them.