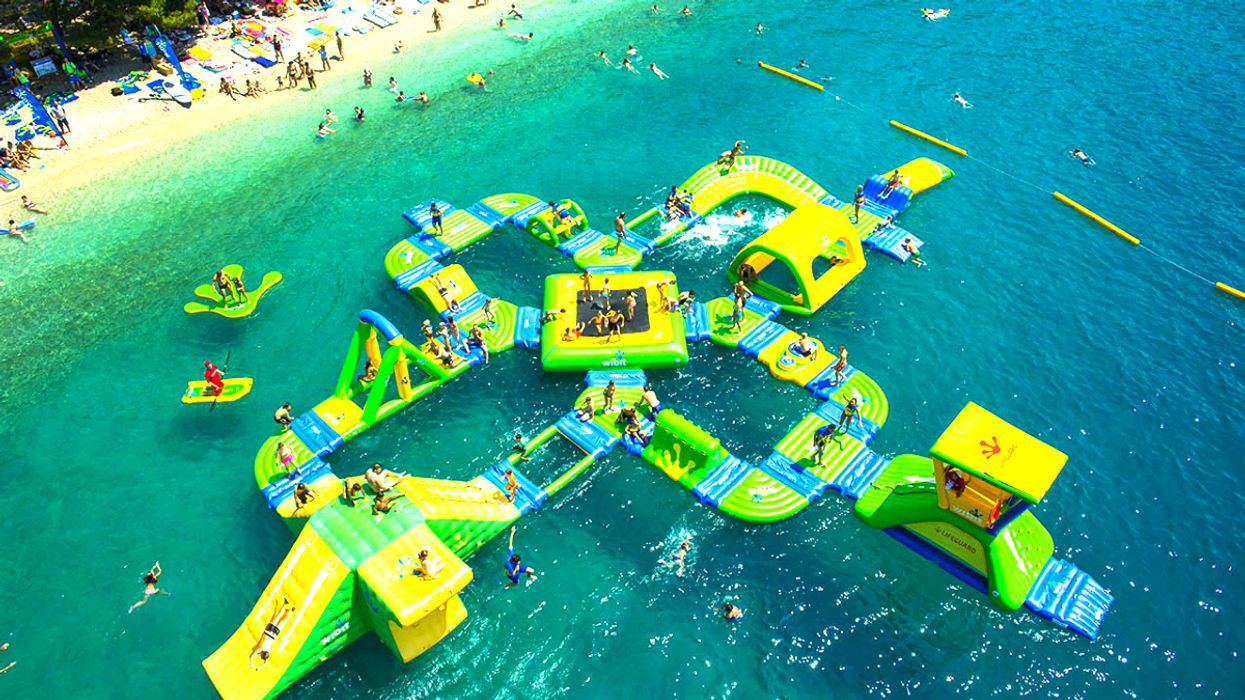 The apparatus offers 13,000-square-feet of inflatable fun by the water, with teetering bridges, slides, paddle rafts and play areas set up throughout. The concept was developed by Okanagan Wibit, which has owned and operated similar parks in British Columbia since 2014. The company expanded to Ontario just last year, and it became an instant attraction. Another location is opening soon in the province as well, in Simcoe County's Orillia.

SplashON will reopen this June 2018, with multi-day passes available. Choose from 5-day passes ($99), 3-day passes ($75), all-day passes ($25), and evening passes ($15) which give you full access to the water park's facilities. All participants must sign a waiver to gain access, and those aged 5 years old or less need to be accompanied by an adult.