Toronto Pearson Airport cancels, delays 200 flights today because of the significant snowfall in the city. 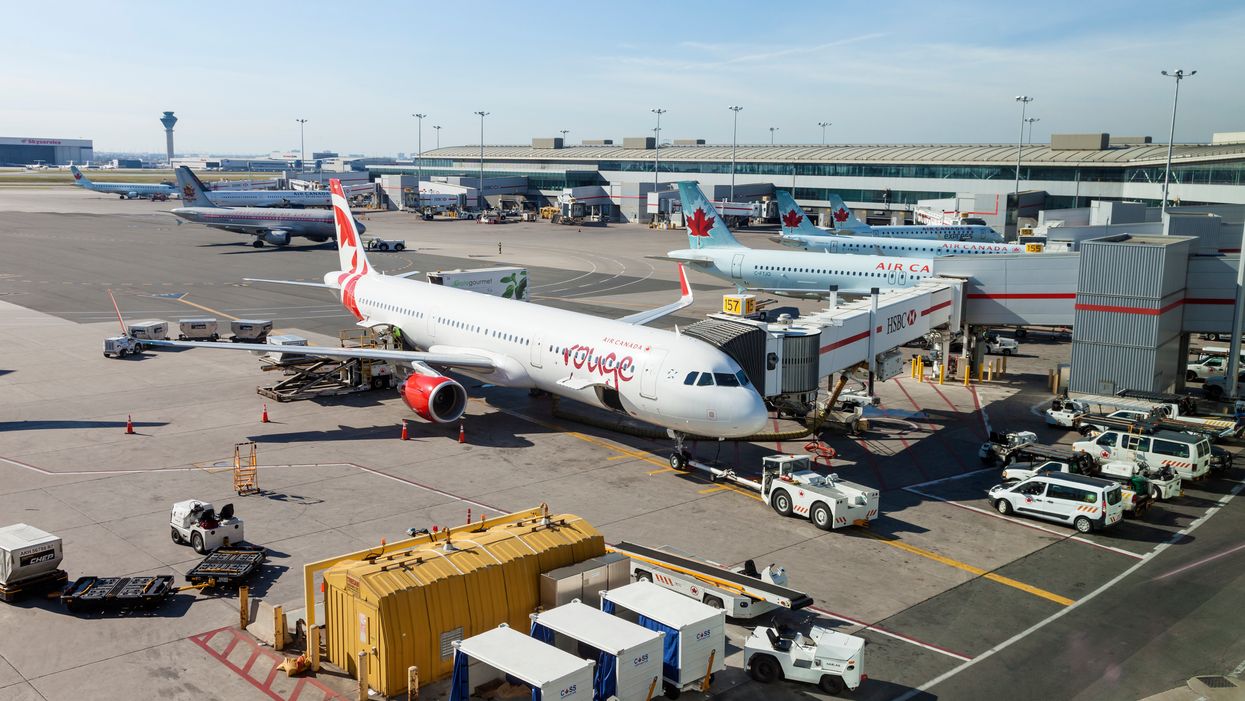 Winter is clearly not done in Toronto yet. Significant snowfall is hitting the city today on February 27. As much as 20 cm of snow will be falling upon regions across Toronto in a single day. Whenever there's this much snowfall, the city and the roads become a total mess. It looks like the airport is not immune from the snow chaos because over 200 flights have been cancelled at the Toronto Pearson Airport today due to heavy snowfall.

The Toronto Pearson Airport confirms on their website that over 200 flights have already been cancelled today. On top of this, many other flights have been delayed. This affects both departing and arriving flights to the city of Toronto.

Even if a flight isn't cancelled, it could still be delayed because of the winter weather. Dozens of flights arriving and departing have been delayed.

Many more flights could be delayed or cancelled later on in the day as the snow continues to fall in the city. If you're travelling today or picking a passenger up from the airport, make sure to visit the Toronto Pearson website and check the flight status before you head to the airport.

Toronto Pearson Airport is also warning travellers today to check their flight status on the airport's website or with their respective airline in advance because they say the snow may cause delays.

Snow this morning may cause some delays. If you’re flying, confirm flight time with your airline or at https://t.co/im60P3D7VP

Environment Canada warns that Toronto will be hit with "significant snowfall" today of up to 20 cm, leading to dangerous road conditions. "Rapidly accumulating snow could make travel difficult over some locations," warns Environment Canada in their weather alert. "Visibility may be suddenly reduced at times in heavy snow".

An extreme cold weather alert has also been issued for the city. The snow is expected to stop tomorrow, and sunny skies are in the forecast for Thursday and Friday, according to The Weather Network.

If you are travelling or heading to the Toronto Pearson airport today, stay safe out there! Be extra cautious on the roads and allow yourself extra time to commute to the airport, especially since snow can lead to dangerous driving conditions.