Spicy & Deebo, good for the soul. 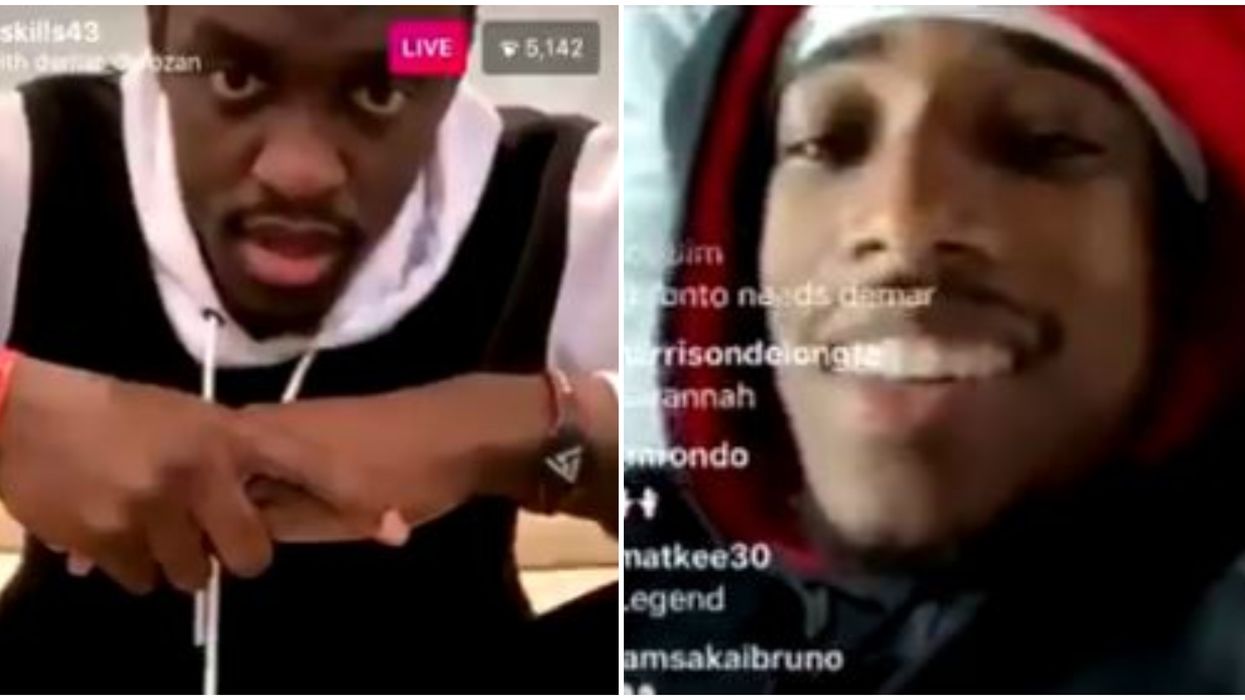 Bros for life! As the NBA season continues to be on hiatus, players are using Instagram to its fullest to share updates and keep in touch. And old Raptors buddies Pascal Siakam and DeMar DeRozan gave fans a treat by reminiscing about the good ol' days over the weekend.

This article contains graphic content that might not be suitable for some readers. This article includes coarse language.

Spicy and Deebo spent some time hanging out (virtually, of course) on IG Live on Sunday, March 29 to provide some feelgood content for bored Raps fans.

For a start, DeMar took the chance to stress that, despite the fact he didn't watch October's championship ring ceremony, he feels more than fine about his former team's win.

"To see y'all come in and see what y'all did, that was the best shit ever..." DeRozan said during the video chat.

"You know what be tripping me out? People always be thinking like I've been mad or I've been feeling some time of way but every time y'all did something, who was the first motherfucker to hit you up?"

He added: "That’s what it is bro, the camaraderie we always had was something else, that was a major part of it.”

Back near the start of the season, which feels an impossibly long time ago right now, Siakam's spicy displays had some fans comparing him to Raptors legend DeRozan.

We know DeRozan and Kyle Lowry are total BFFs, but the San Antonio Spurs man and Siakam clearly have one hell of a bond, too.

After all, DeRozan even crashed Siakam's press conference back in January, when the Raptors and the Spurs faced off.

And Siakam emphasized how great his buddy is at staying in contact and supporting his former teammates in the 6ix.

Pascal Siakam and DeMar DeRozan talking about how current and former Raptors are all a family is the content we nee… https://t.co/LSZUQwGNpF
— Matthew (@Matthew)1585532132.0

"We talk all the time man, literally like every day," Spicy said. "The thing is, people don't know the relationship you have with the people is bigger than anything.

"You can't change that shit."

In particular, he grinned from ear to ear about seeing former Raptors 905 players like Siakam, VanVleet and Norman Powell blossom after he used to watch them play in G League ball.

And even now, Deebo is all about Toronto's success.

"It's all love, that's why I be hype," DeRozan added. "Whenever some shit (happens), you know I'll be the first one to congratulate you."