They have an ongoing feud. 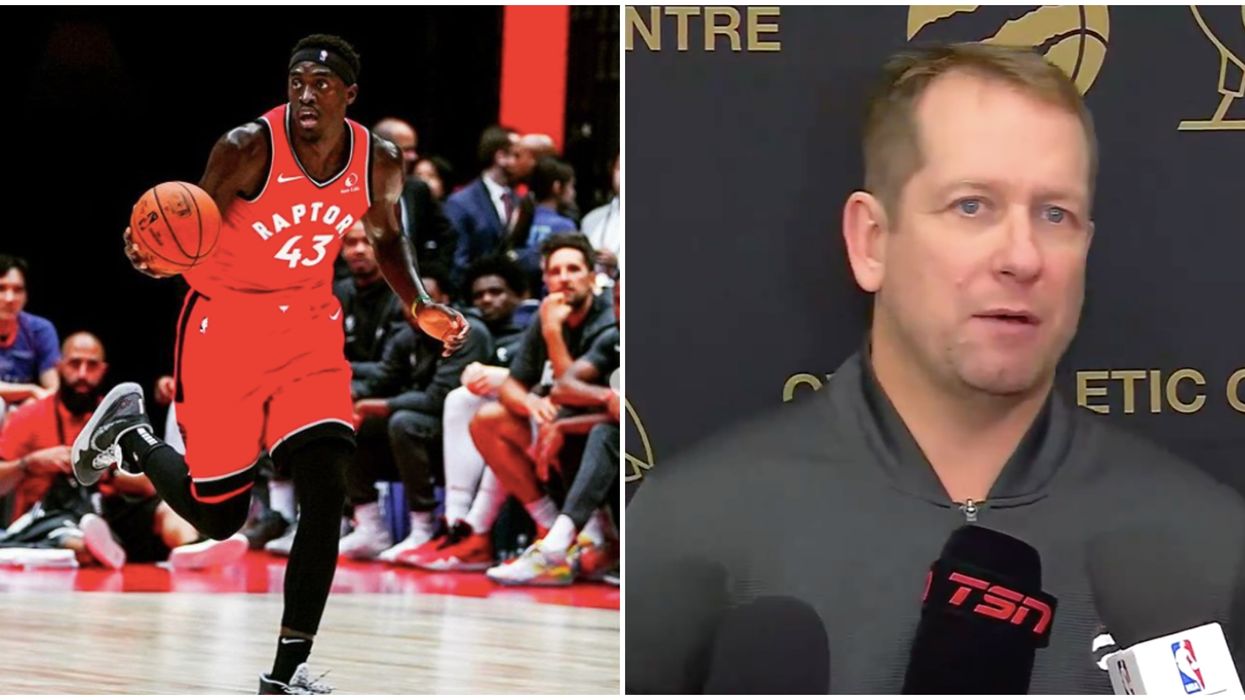 There is a bit of playful shade-throwing between Pascal Siakam and Nick Nurse right now, and it reached new heights on Wednesday night. Siakam scorched Nurse during a post-game interview after being asked if he had any advice for the coach to help overcome that nasty 0-6 coach’s challenge record. “I think you have to be really smart to do it,” Spicy P said with a grin on his face. “But, nah, man, I don’t know maybe we'll get one, one day,” the player added while trying to save a little face.

According to the NBA’s website, a coach’s challenge is an instant replay rule that allows each team to make one objection against a referee’s decision per game. “A team can use its challenge in the following instances: a called personal foul charged to its own team; a called out-of-bounds violation, or a called goaltending or basket interference violation. A team can use its challenge on a called personal foul at any point in the game,” a description of the rule on the league website states.

However, it seems Pascal calling Nurse out is a clap-back from their playful feud. Nurse caused a stir on social media after he called out Siakam's intelligence earlier this week. “I mean, he hasn’t been really smart, if you want me to be honest with you,” Nurse said while talking about Siakam's recent string of touch fouls.

Siakam commented on the issue himself the same day, bringing his usual sunny optimism to the situation “It’s all part of the game, all part of learning, it’s a part of growing, and if you guys know me, I’m always about improving and evolving.”

So, are these really two really feuding? It's highly doubtful that two individuals as driven and professional as Nurse and Siakam would get upset at such petty squabbling. It appears more like the two are having fun taking a few swipes at each other.

I mean, it is hard to dislike someone who literally helped bring you your first-ever championship.

However, it's fair to say that the two are enjoying questioning the other's intelligence while on camera.

The Raptors will next face off against the New Orleans Pelicans on their home turf at 8:00 p.m. on Friday, November 8, 2019.