Siakam won the award for most improved player. 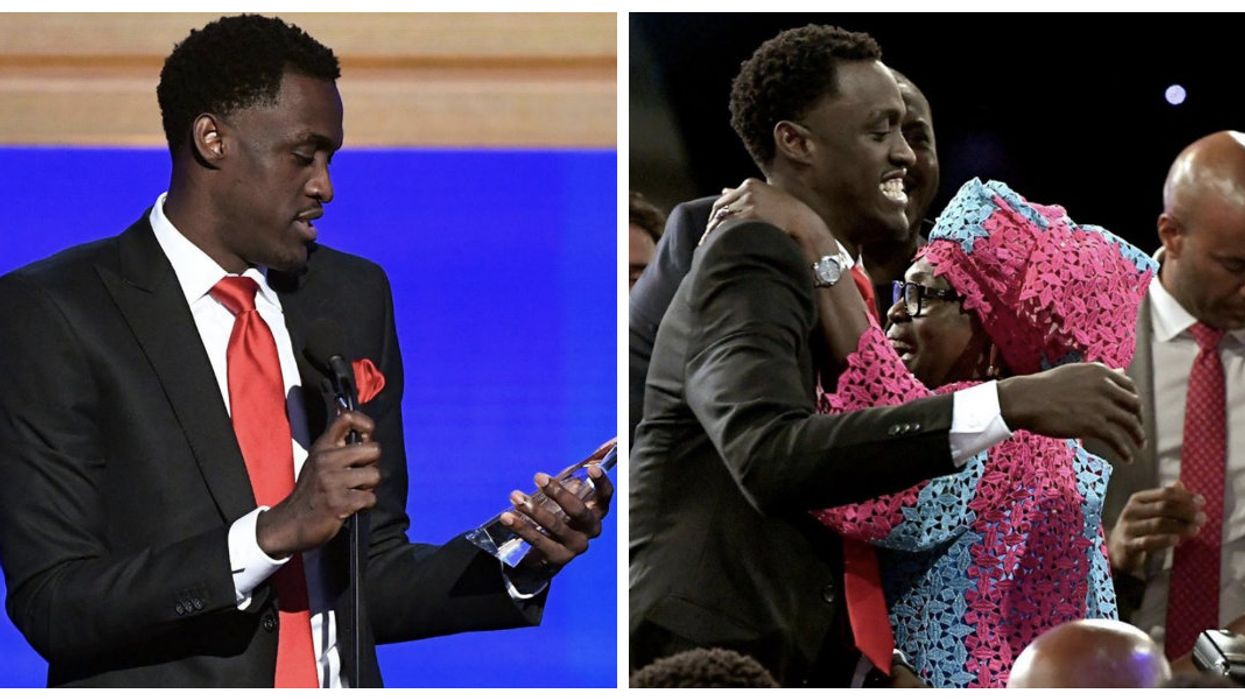 Pascal Siakam has come a long way. The player, who was picked 27th overall out of New Mexico State back in 2016, showed everyone on Monday night what hard work and determination can do. Pascal Siakam won the NBA's most improved player award after putting away an impressive season with the team and becoming an integral part of their first-ever NBA Championship win.

Siakam, who found himself off the bench most of 2018, landed a spot on the starting lineup this year, and he put it to use. According to Sportsnet, the Cameroon native averaged 16.9 points per game in his third year in the NBA, an impressive 7.3 points up from last year.

It was an emotional night for the player. Siakam started his speech by thanking the Toronto Raptors for believing in “a little scrawny kid from Cameroon.” The NBA champ then thanked his family, who sat in the audience. The player got choked up while praising his mom, whom he credited for his work ethic and for being his “superwoman”.

Watch the emotional speech below:

Siakam also talked about his father, who was tragically killed in a car accident back in 2014. "For the people who know my story, also know how important my dad is and him not being able to be here today.”

"He had this crazy dream … that this would be possible and me being here," continued Siakam. "I’m just blessed to be able to make his dream a reality."

Siakam is the first Raptor to win the award. The team's president Masai Ujiri was there to honour him for all the time the player put into making the team to what it is today.

"We are so proud of Pascal," Ujiri said. "His story is amazing, and it shows what hard work and belief in yourself can do. We first met him at Basketball Without Borders in 2012, and seven years later, he is an NBA champion."

Siakam also made a video to thank the fans, which was shared by the Toronto Raptors on Tuesday morning: